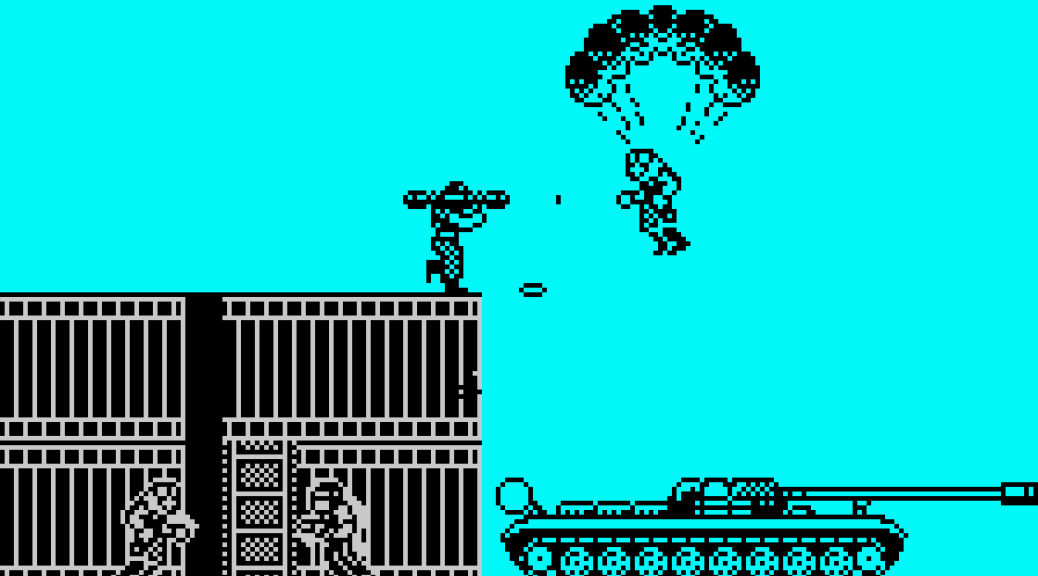 A conversion of the infamous Konami arcade game Rush’n Attack (name changed later in the West to Green Beret), by the inimitable Jonathan Smith. Published by Imagine Software in 1986.

Green Beret is a scrolling shoot ’em up that is very hard to play. You can’t just go blasting away willy nilly. You have to be very careful about firing, or stabbing for that matter, because your back-up weapon is a knife, and you need it quite a lot.

This Spectrum version plays quite well and retains the challenge of the arcade game (it’s not quite as difficult as the arcade version though). Thankfully the controls are at least responsive, so you have a fair chance.

Graphically, Green Beret is colourful and nicely-defined. The animation is basic, but the different backdrops are well-drawn and scroll smoothly. In fact: it’s wanting to see the different stage graphics in Green Beret that probably drives people to play it. 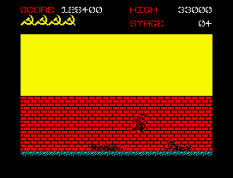