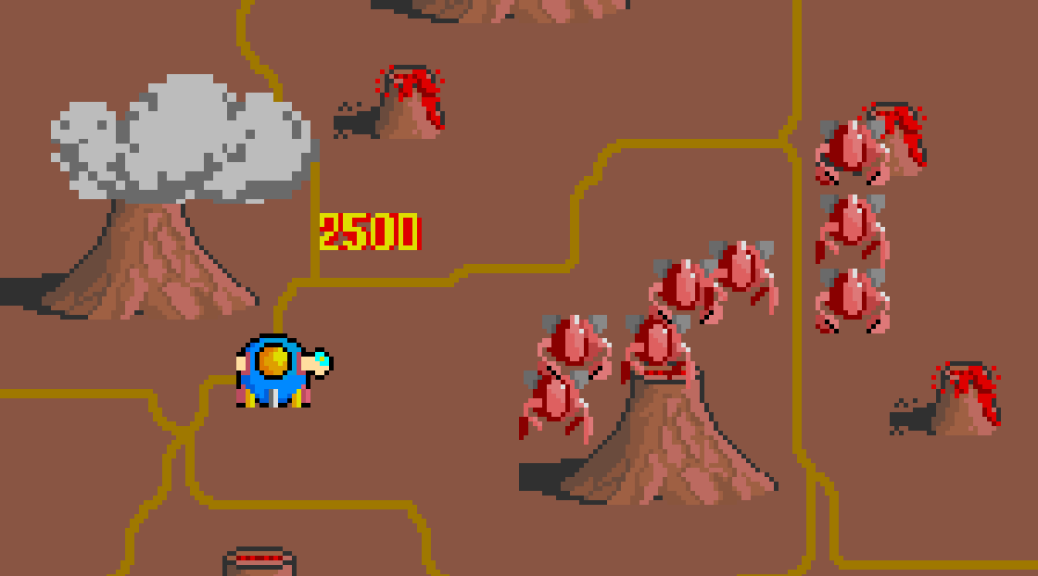 Released into arcades in 1985, TwinBee is a cute, vertically-scrolling shooter that is much more challenging than it looks.

TwinBee is a progressive weapons-style shoot ’em up that can be played either single or simultaneous two-player. The aim is to shoot as many of the baddies as possible, to release various bonuses and power-ups, and to build up your weapons power to make beating the bosses easier.

Some enemies fly and others are ground-based, but luckily you can fire forward as you fly, or drop bombs on the ground in front of you, so you can deal with both.

Shooting certain clouds might also reveal a bell, which will bounce up the screen, then slowly down, ready for you to touch it. You can shoot the bells to change their colour, but this also knocks them back up the screen again, so you have to wait longer to grab them. The bells are a key gameplay element in TwinBee and the mechanic works extremely well.

Another cool feature of TwinBee is the way that your craft can absorb the impact of a bullet if it hits the arms on the side of your ship. You lose an arm, but keep a life, which can mean the difference between completing a level or not. 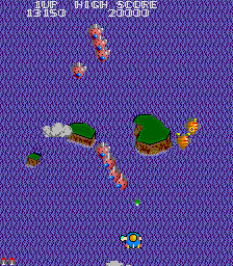 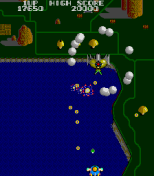 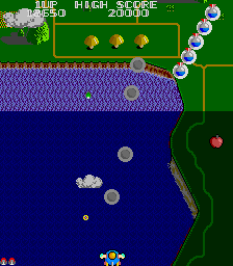 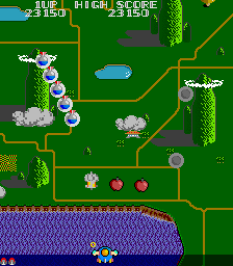 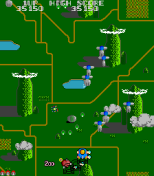 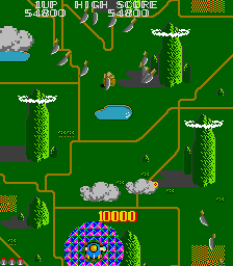 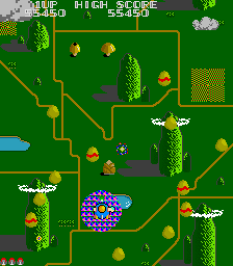 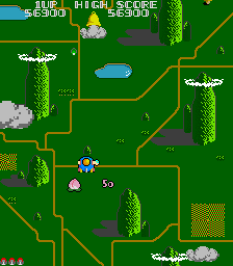 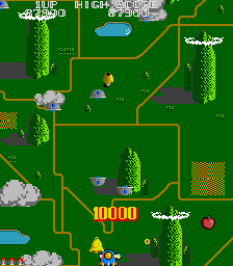 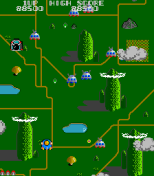 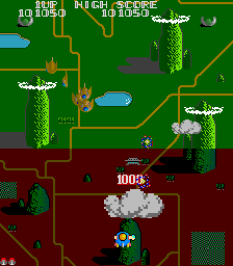 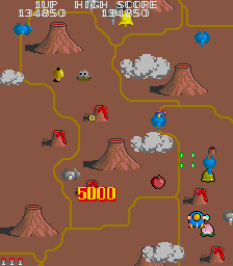 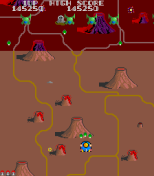 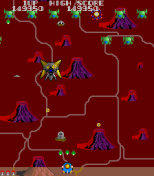 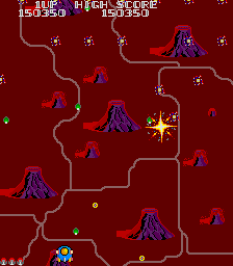 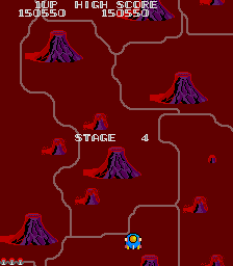 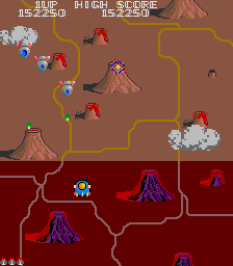 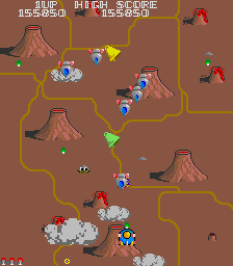 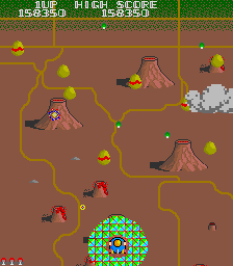 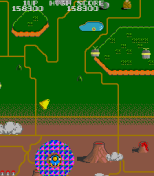 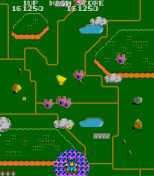 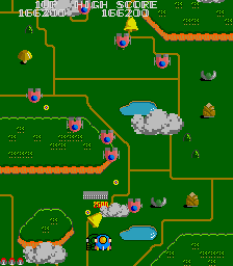 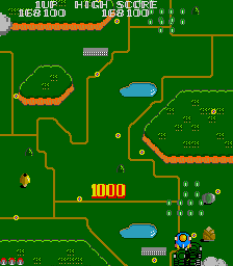 One thought on “TwinBee, Arcade”