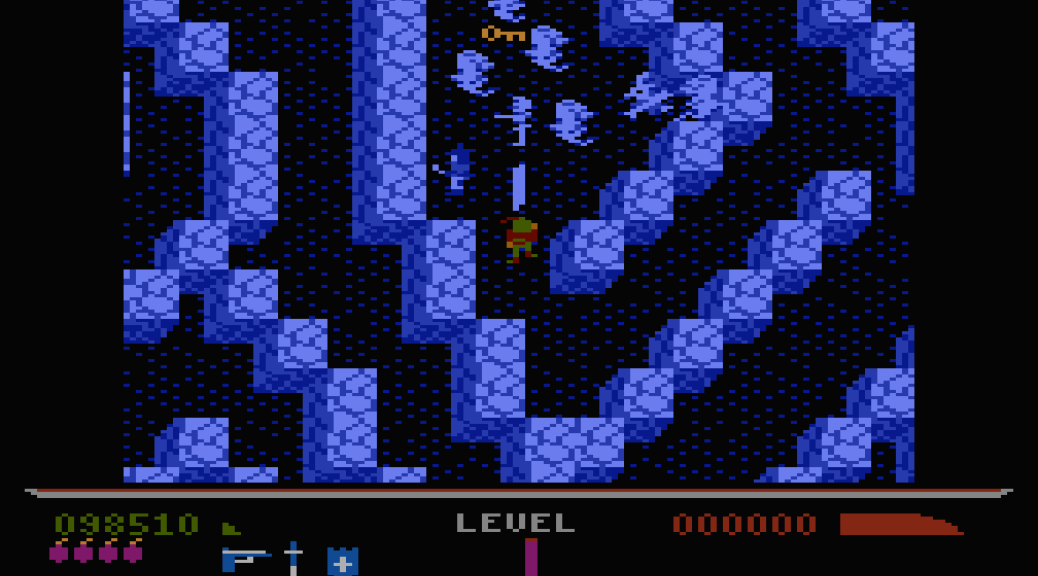 Dark Chambers is an overhead maze shooter in the style of Gauntlet. That said: it is actually a direct descendent of Dandy – another overhead maze game written by John Howard Palevich and also an influence on the design of Gauntlet.

The game is rather simple. You run around, looking for keys to open doors, weapons and armour to improve your offence/defence, bombs to blow everything up, and food to replenish energy. You can fire in eight directions. Generators produce more enemies, so shooting them is priority. Some generators are disguised as items, and are traps.

Dark Chambers has a simultaneous two-player option and two levels of difficulty, which helps make the game a bit more enjoyable than it might otherwise have been. 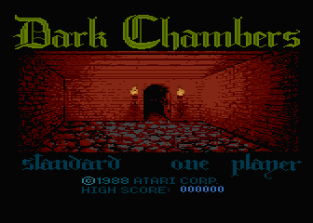 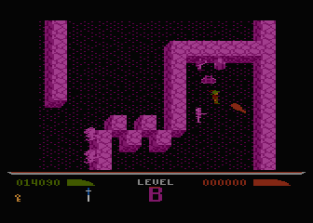 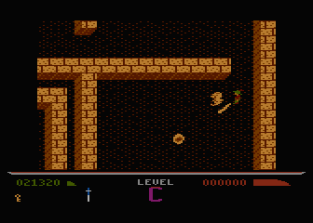 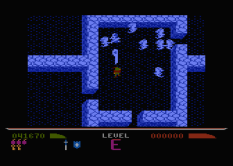 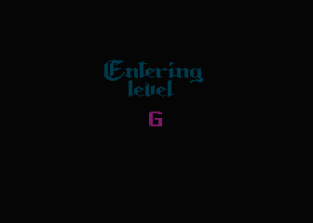 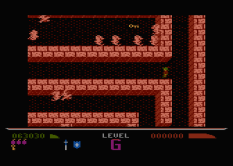 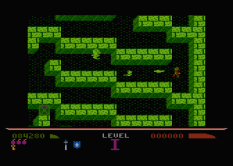