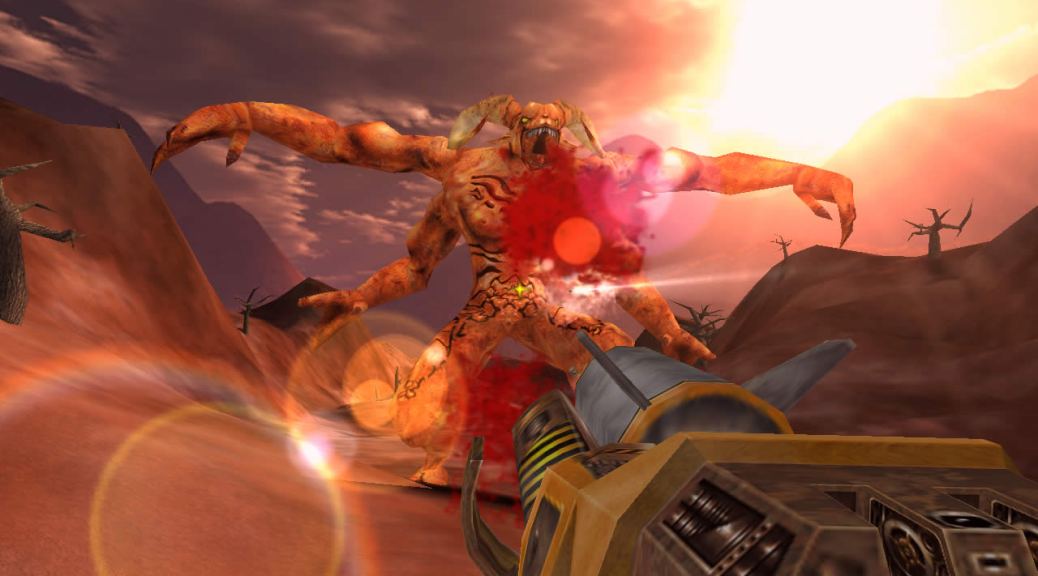 As ‘generic’ first-person shooters go, Serious Sam is up there with the best of them.

This first Serious Sam (later subtitled “The First Encounter“) was released in 2001. It was developed by Croteam – a Croatian developer – and has been made available on a number of different formats, including PS2, GameCube, XBox, GBA, Linux, XBox 360 and – of course – Microsoft Windows.

Gameplay is enjoyable but bare-bones first-person shooter action, with pistols and shotguns and rocket-launchers and suchlike. Graphically Serious Sam: The First Encounter is not too bad. The lens flare is nice and the monsters are nicely drawn and animated, but the level designs are very simple – perhaps a bit too simple.

You can still buy the Serious Sam games on Steam and GOG.com for less than a couple of pounds, and they are still well worth a playthrough. They’re tougher than they look and provide a decent challenge – even if they do look like stupid kids games.

Serious Sam: The Second Encounter on The King of Grabs 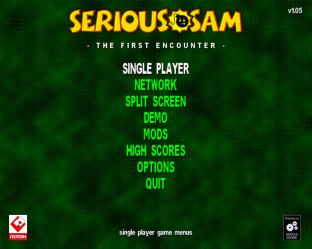 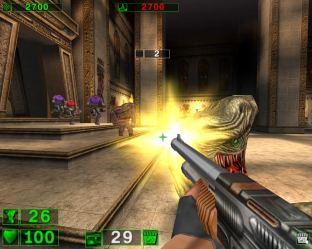 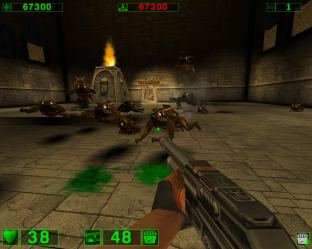 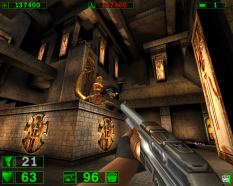 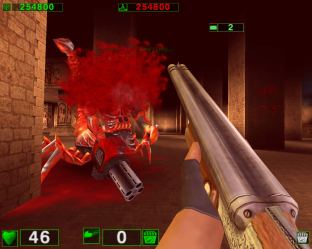 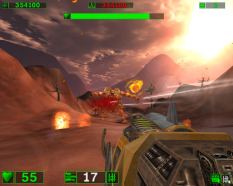 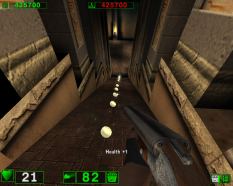