DMA Design‘s excellent Unirally was re-named as the more boring “Uniracers” for North American audiences, although I’m sticking to Unirally as my preferred title for this website.

Unirally is a single or multi-player racing game where you take control of a unicycle, zooming along tortuous scrolling, 2D courses. Performing stunts allows the unicycle to go faster, and these stunts can be performed in tight spaces, so allowing the player to use multiple speed boosts to quicken their times. Multiplayer races are a hoot.

Unfortunately Unirally had a short lifespan and was withdrawn when Pixar (the animation studio) objected to the use of a unicycle in the game (because it looked “too much like their unicycle character” in their award-winning film, they argued). Bah, humbug – they should’ve just let it lie… You can’t copyright a bloody unicycle! The bast*rds!

Go find and play Unirally if you can. It’s far too good a game to be left languishing in the recesses of time… 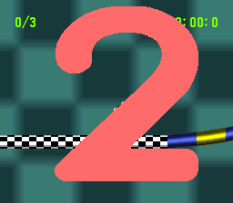 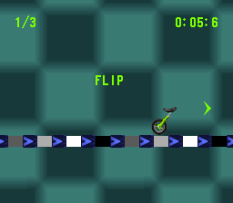 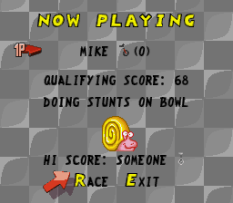 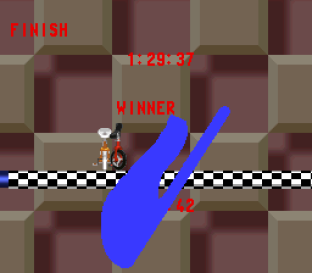 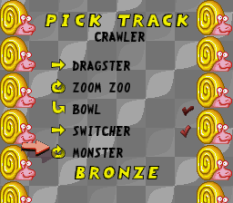 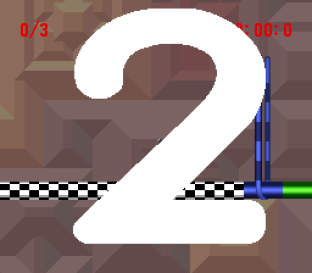 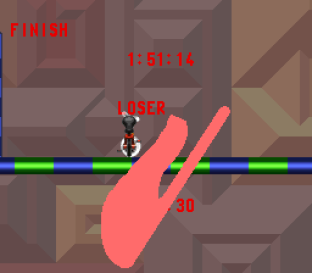 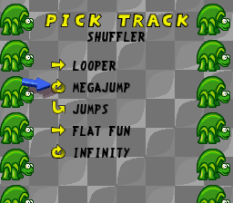 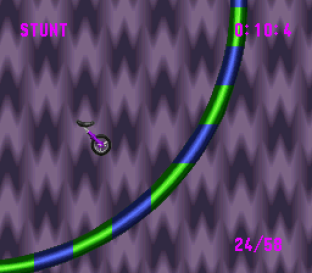 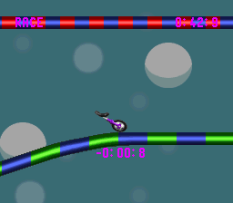 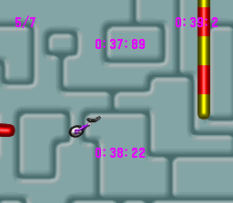 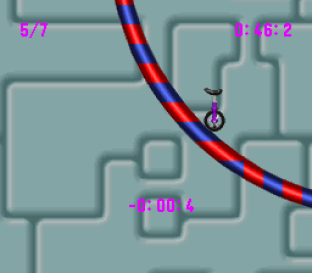