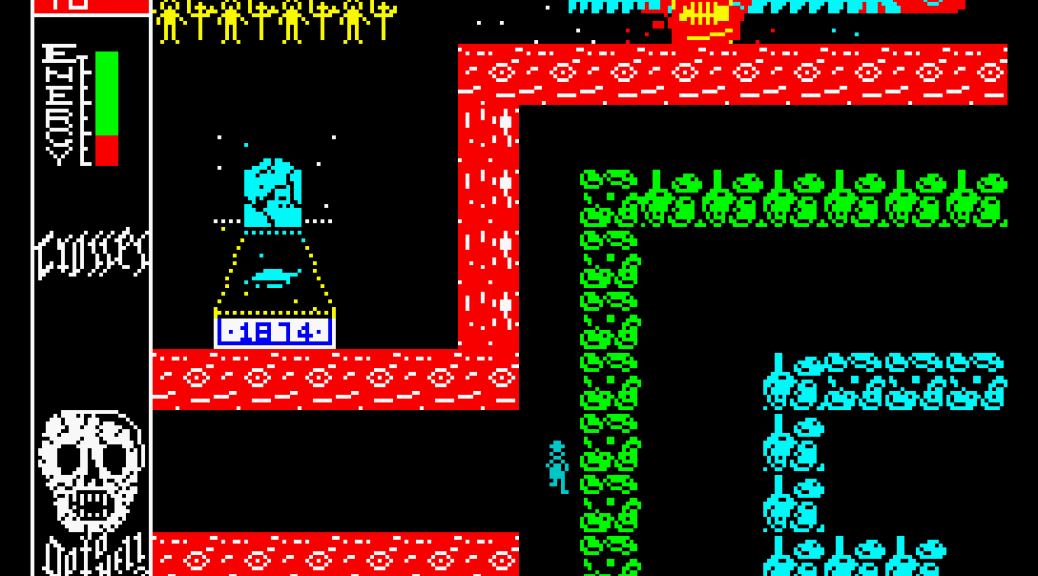 Go To Hell is a horror-themed maze game, designed by John George Jones and published by Triple Six Software on the ZX Spectrum in 1985.

The aim of the game is to collect seven crosses that are hidden within the maze, in order to rescue a person “near and dear to you” that you’ve ‘cursed’.

Contact with walls, or moving sprites, or stationary objects, will rapidly drain energy, and when that energy reach zero the game is over. Your only defence against any of the many creatures that are after your blood is to throw crosses at them. A direct hit will not only destroy them, but it will also replenish your energy a little.

Go To Hell generated some controversy upon its initial release, because of the horror-themed graphics. Some reviewers called the game “vile”, “nasty” and “disgusting”, but – in reality – this criticism was nonsense (as this kind of criticism always is) because the stylised graphics were neither realistic nor particularly gruesome. Like the “video nasty” hysteria of the mid Eighties, the idiots pointing the finger of outrage at this game were utterly wrong in their convictions. 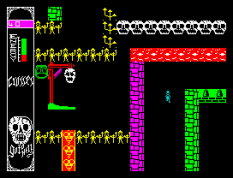 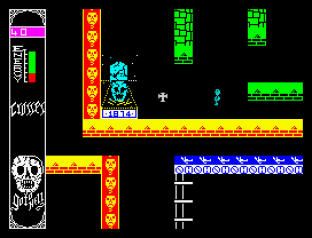 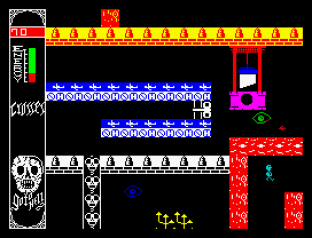 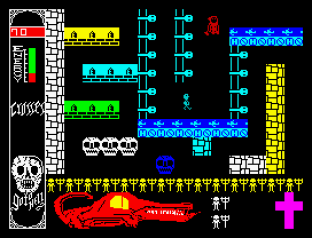 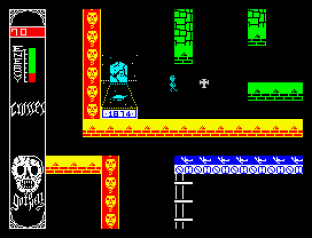 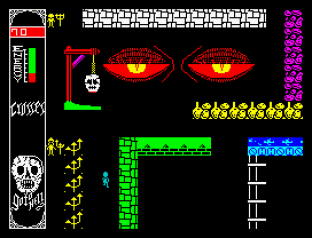 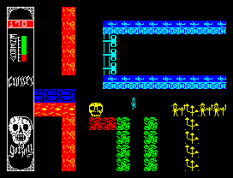 One thought on “Go To Hell, ZX Spectrum”