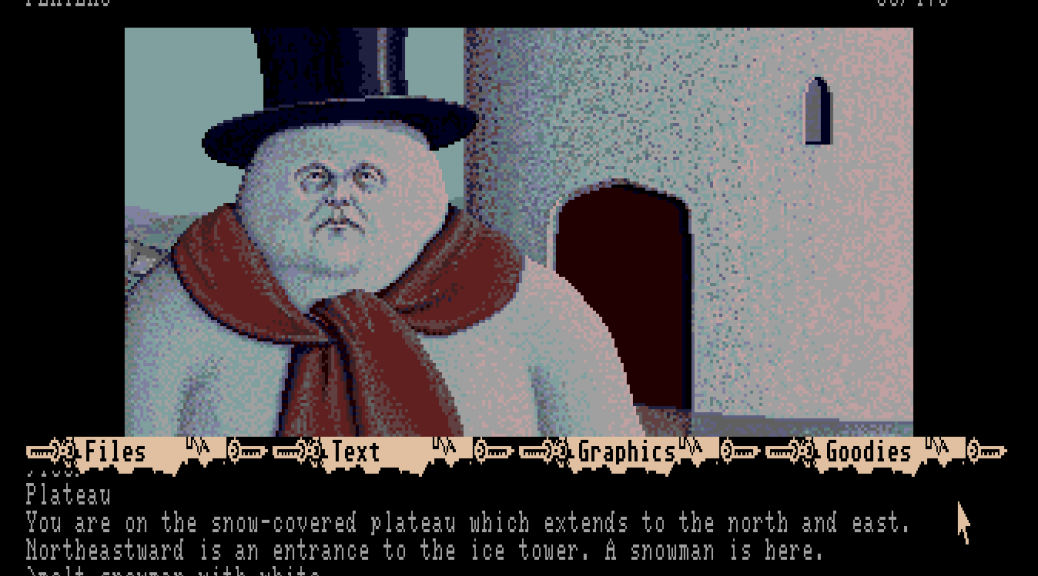 The Pawn was the first Magnetic Scrolls game, and the one that set the company up, in terms of its extremely high standards.

From The Pawn, through Guild of Thieves; Jinxter; Corruption; and Fish!, Magnetic Scrolls made their games consistent, with attractive (optional), pull-down graphics (where possible – versions on lesser systems were text only); variable text sizes; saving and loading; and superb packaging.

The Pawn – it could be said – is something of a ‘tribute’ to Infocom‘s famous Zork games; fantasy magic with trickery and humour. Not to mention wandering characters, made to seem like they have their own lives. And – like the Infocom (and Level 9) games they were competing with at the time – Magnetic Scrolls‘ games were all text adventures, with still graphics, and complex typed text input systems (parsers). The Pawn does have a great parser though. You can type multiple commands, separated by commas, to do multiple things at once. You can achieve the same thing by typing different words (for example: both “get” and “take” are allowed, as are “leave” or “out”, and so on), and you can use abbreviations. What you can’t do, though, is spell anything incorrectly. The parser is not that forgiving. And this is probably why text adventures are not very popular – some people just can’t be bothered to spell correctly. To others: writing and spelling correctly is a challenge. Typing stuff into a text adventure is a bit like playing a musical instrument, for a writer. It can be very ‘Zen’.

The first version of The Pawn was released for the Sinclair QL (published by Sinclair Research themselves) in 1985. This enhanced Atari ST version was released by Rainbird Software in 1986.

More: The Pawn on Wikipedia 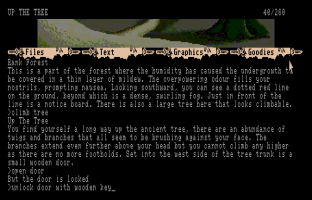 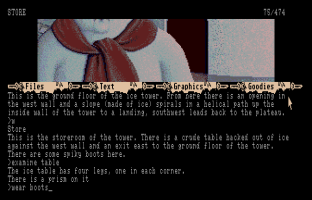 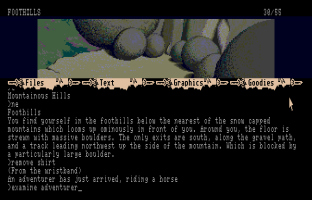