Namco‘s Galaga – the sequel to Galaxian – came out in 1981 and was an immediate hit with gamers.

Gone were the days of Space Invaders and rigid attack patterns – the baddies in Galaga danced around the screen; made circles, and flew around in distinct and fluid attack patterns. It was new and it was revolutionary!

Your ship is nimble and can fire two shots at the same time, and it also has a trick up its sleeve, if you’re skillful enough to trigger it… During attack waves the purple dive-bombing baddies (Boss Galaga) can project a tractor beam downwards and capture your ship, taking it back up to the top of the screen with them. This is not disaster however, because you can destroy the Boss Galaga later and capture your ship back, doubling your firepower! This feature blew people’s minds back in 1981.

Galaga is a true pioneer of the vertical, bullet hell shoot ’em up. It pushed attack wave pattern design to another level and shook up all the best bits of every previous shooter to make something fresh and exciting. Its reverberations are still felt today. 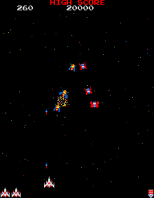 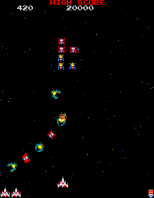 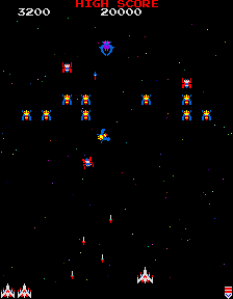 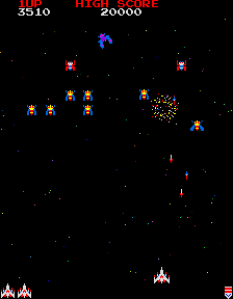 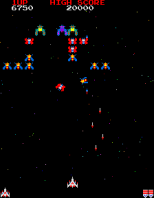 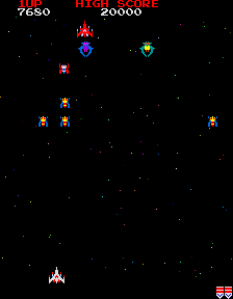 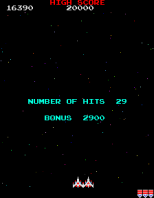 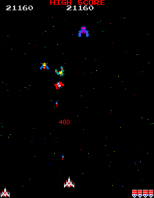 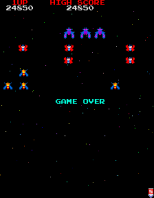 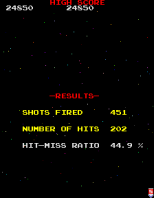