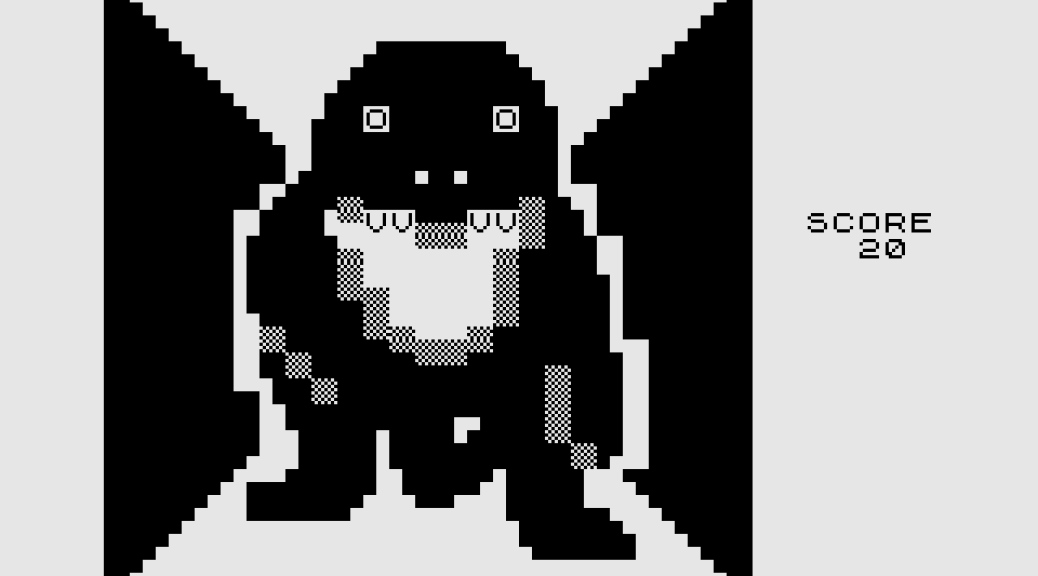 3D Monster Maze was developed by Malcolm Evans for J.K. Greye Software in 1982.

This classic black and white maze game was one of the first ever video games to use a first-person viewpoint inside a 3D maze.

Well, I say “3D maze”, but what I really mean by that is “blocky representation of a 3D maze”. And inside this maze you’re being pursued by a hungry Tyrannosaurus Rex. You have to find the exit before Rex finds you.

In spite of there being no sound on the ZX81, and no colour, 3D Monster Maze manages to tap into something primordial when you play it. The fear of getting caught is palpable and learning how to evade when spotted is key.

Back in 1982 it really blew our tiny minds. Now… 3D Monster Maze is still great fun to play. Trying to evade capture is a still a tense and challenging experience. Mainly because programmer Malcolm Evans did such a great job of turning a good idea into something not only playable, but compulsive. 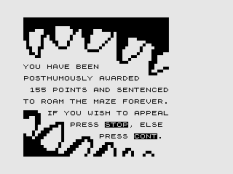