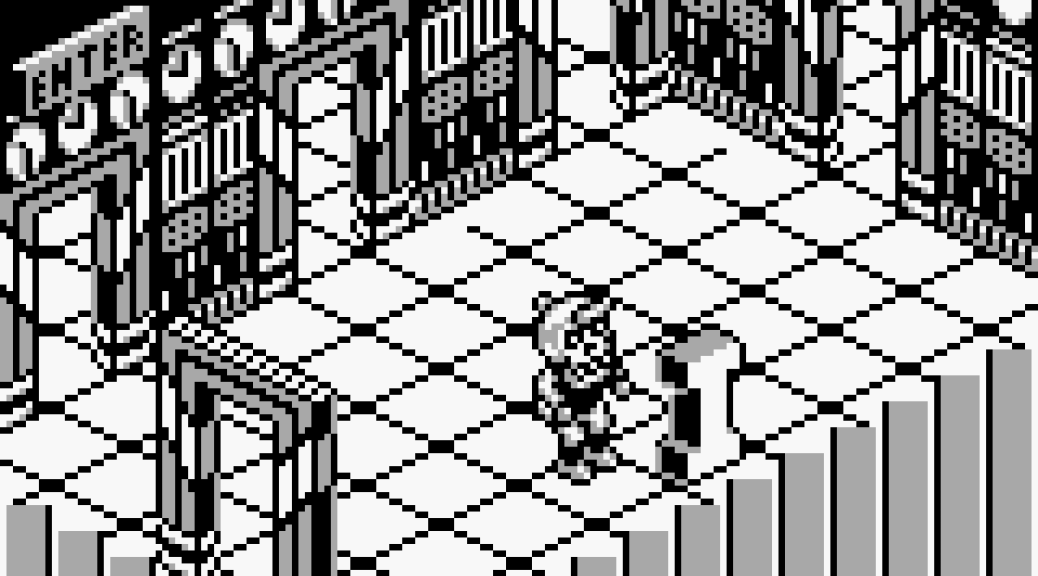 Monster Max on the Game Boy is a direct descendant of the classic isometric platform game Head Over Heels, it having been created by Jon Ritman and Bernie Drummond – the same team who made Head Over Heels, and a string of other hits on the ZX Spectrum.

And Monster Max is a brilliant little game! The movement, jumping and inertia are slightly more refined than in some of their other games, which makes Monster Max a joy to play.

You control Max (a monster, with a mad looking face and a rhino horn on his forehead), and can pick up two objects at a time (one for each button) and can use them to activate certain powers. So if you pick up the boots with the ‘A’ button you can then jump by continuing to press the ‘A’ button. If you press the ‘A’ button again, but on a different item, you pick the other item up and drop the item you previously held. Which gives an interesting feel to the puzzle-solving. There’s a Duck for ducking under things, bombs for blowing stuff up, Super Spells and Swords kill enemies, and Power Springs give you double-height jumps. Ritman and Drummond pull all the tricks out of the isometric platform-gaming handbook with Monster Max. There are trampolines, protective force fields, lightning that makes you run faster, and even a cool map.

The soundtrack, by David Wise, is quite funky and relaxing too, and compliments the game perfectly. Monster Max is a fantastic game overall – well presented and great fun.

Monster Max was well received critically, back in 1994 when it was first released, although it apparently didn’t sell well. And therefore a planned North American release was cancelled. Which is a real shame, because I think it is Ritman and Drummond‘s best game, and one of the best Game Boy games ever released. Still: all you Americans out there can now experience its joys in an emulator, if you can find it. Monster Max is most definitely worth searching out. 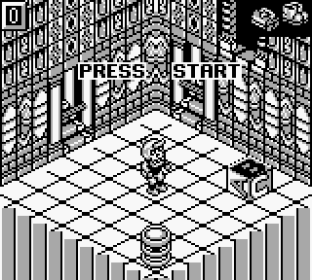 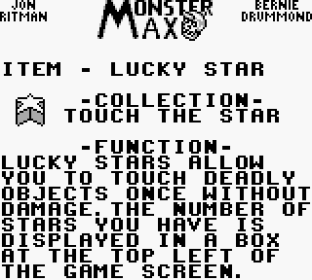 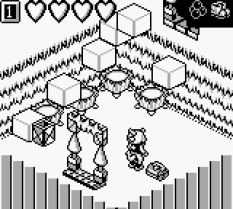 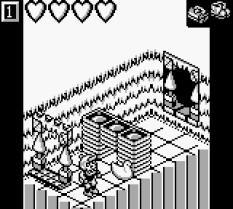 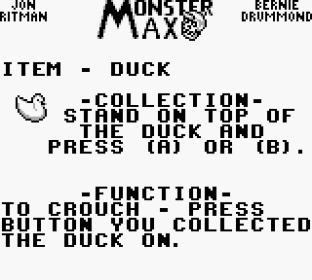 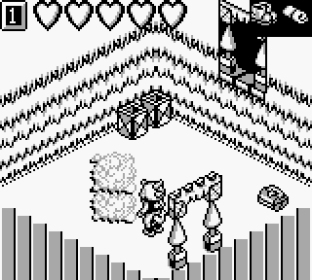 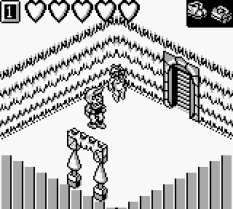 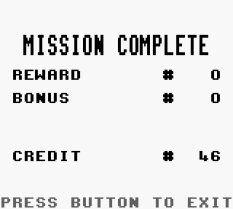 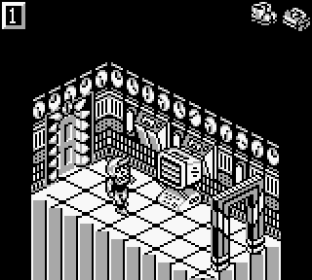 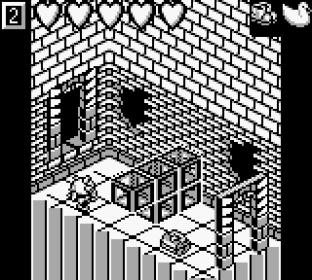 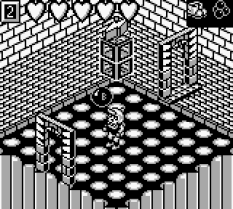 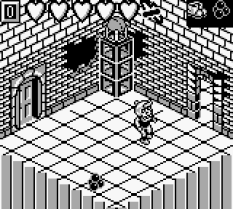 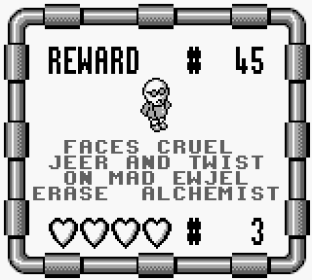 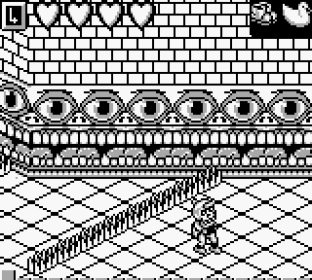 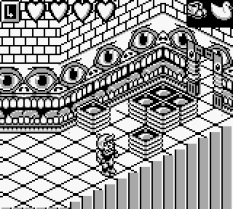 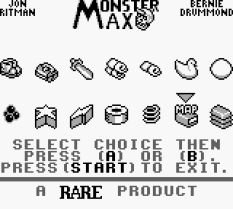 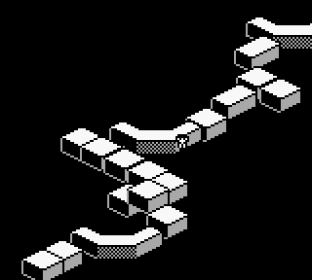 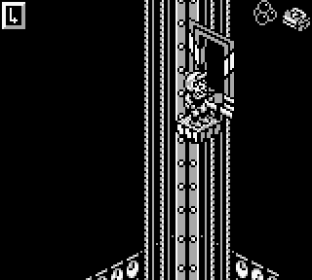 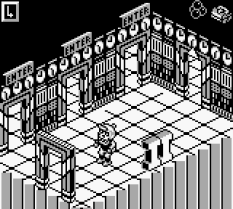 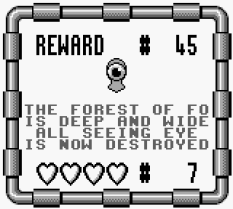 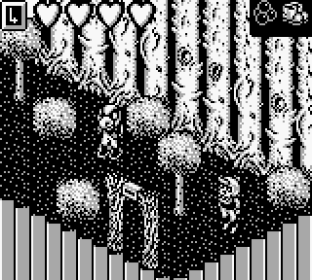 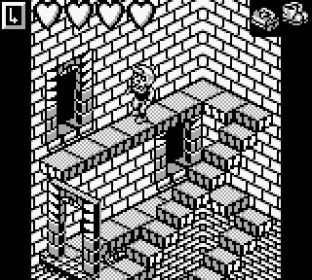 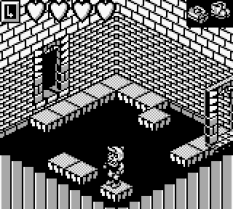 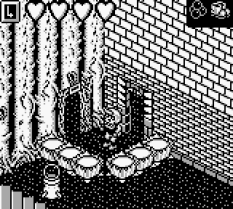 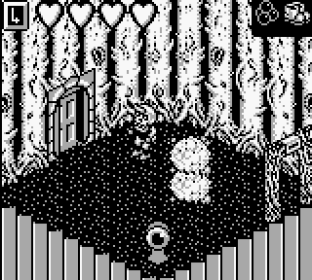 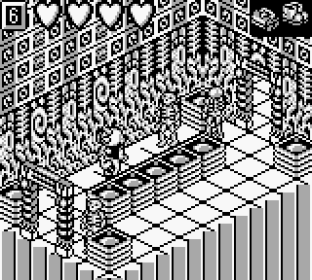 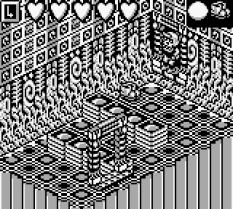 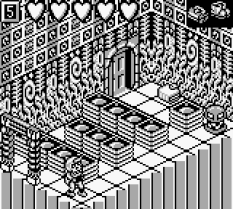