There have been quite a lot of excellent 2D Mario games over history, which makes the Game Boy Super Mario Land series easy to overlook. All three Super Mario Land games, however, are stunning and unique ‘best-in-class’ examples of what the Game Boy is actually capable of – ie. shifting lots of sprites around the screen, smooth scrolling, great sounds and perfectly responsive controls.

The second game in the series – Super Mario Land 2: 6 Golden Coins (1992) – features slightly chunkier graphics than the first Super Mario Land, which makes it feel more like a Super Nintendo game than a Game Boy game, although one with a smaller screen. Having a smaller screen area doesn’t hamper the game though – it still plays like the Mario games we’ve come to know and love.

Super Mario Land 2 takes place on a branching ‘world map’, which Mario walks around, choosing different stages to play. Each zone has a different theme, and also sub bosses and a final boss fight. Completing sections of the map unlocks new routes, new features, and all sorts of other goodies.

The game features unique gameplay elements (as all Mario games seem to – each one has its own unique angle on something), like the ‘jelly’ type substance, which you can jump through and use to negotiate certain tricky situations. Or the cap with ears that allows you to float slowly from the apex of a jump, rather than just dropping like a stone.

Super Mario Land 2: 6 Golden Coins also benefits from all the ideas seen in previous Mario games. So familiar items such as the fire flower, pipe shortcuts, picking up and throwing turtle shells, mushrooms, and various fairground mini games will all be recognisable to fans of the series. 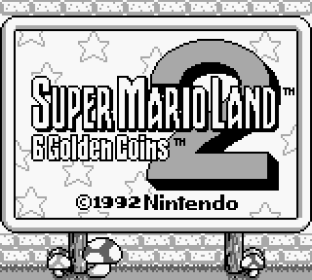 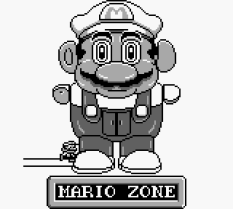 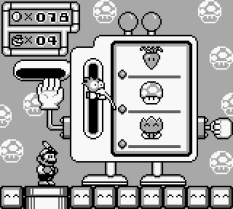 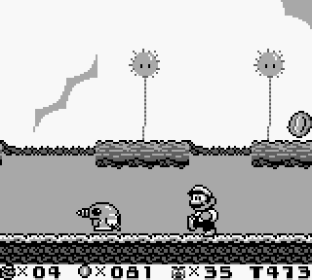 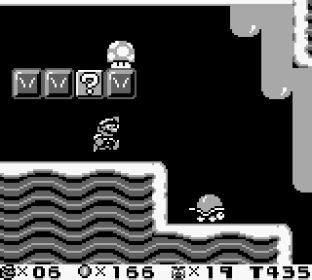 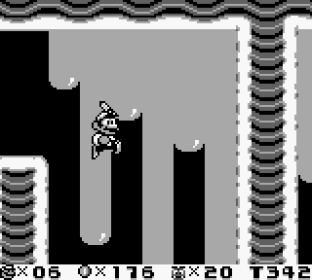 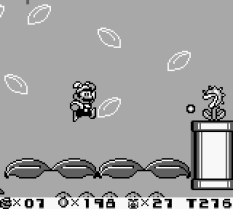 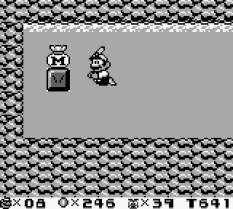 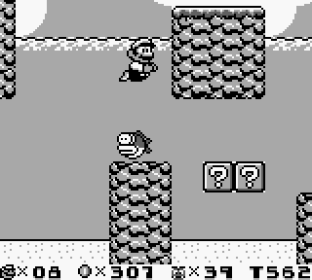 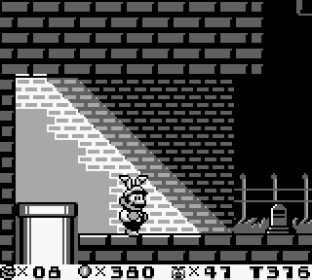 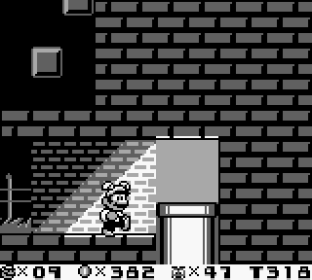 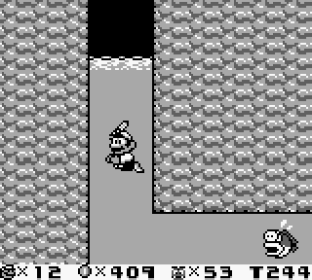 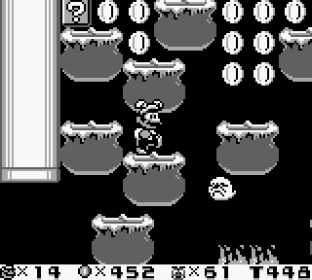 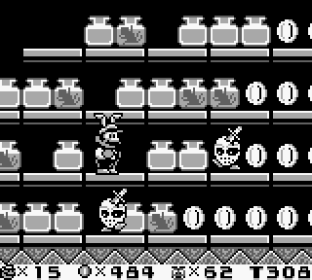 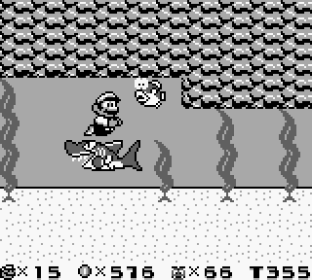