Also known as Fantasy Zone Gear, this handheld conversion of the 1986 arcade game was first released in 1991 and was developed by Sanritsu and published by Sega.

While it plays similarly to the arcade original it is technically a sequel to the first game and the background story is different. In this game you play Opa Opa Jr., the son of the previous game’s main character, and who must rescue his father from the evil alien protagonists.

Opa Opa Jr. has a forward-firing gun and can also drop bombs simultaneously downwards and must avoid any contact with enemies or their projectiles. The aim of the game is to shoot and clear each stage of the floating alien bases, each of which drops a gold coin when destroyed. If you pick up this coin it will increase the amount of money (gold) you can spend in the shop, which appears during stages. If you see the shop icon appear, flying into it will allow access. Inside the shop you can buy offensive, defensive, and engine add-ons, plus you can buy extra lives as well. And if you’re eagle-eyed you might also spot a few spelling mistakes in the descriptions…

After every stage is a boss battle, which takes place on a separate, empty screen, and destroying a boss will turn them into a pile of coins (of different sizes) which, when picked up, give you access to more expensive items in the shop.

Stages become more difficult as you progress, with aliens becoming more aggressive and firing more bullets at you, and bases taking more shots to destroy.

Fantasy Zone on the Game Gear is jolly but challenging, but I wouldn’t say that it is quite as difficult as the arcade original, and although the Game Gear‘s small screen does limit the view of the surrounding area, it doesn’t affect the gameplay in any meaningful way. Overall, this is a good conversion and decent shooter on the Game Gear. 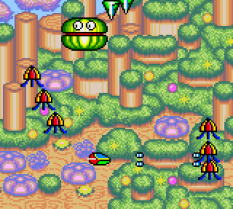 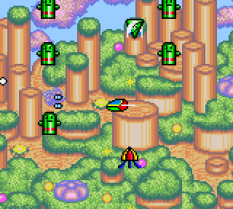 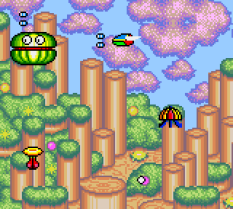 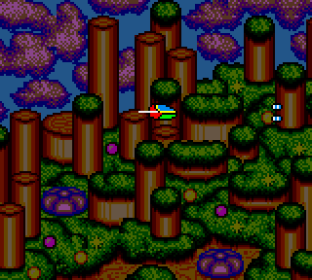 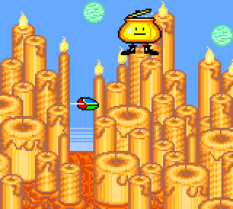 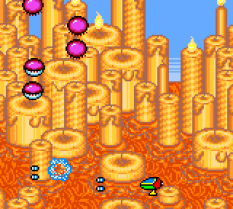 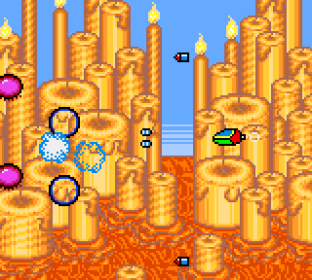 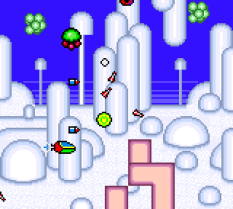 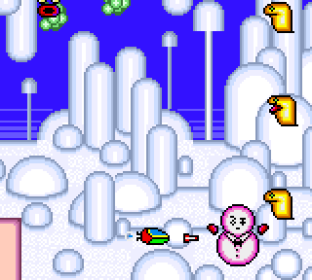 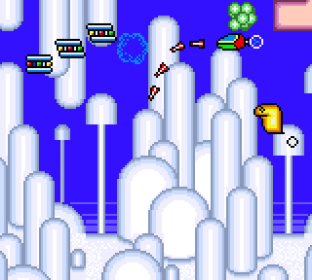 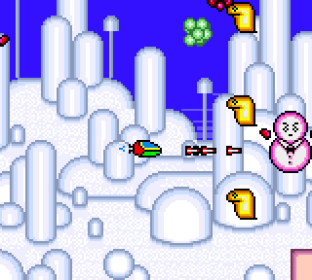 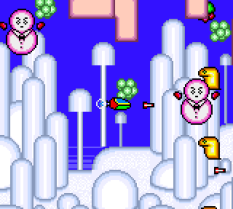 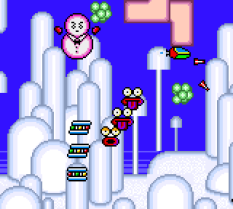 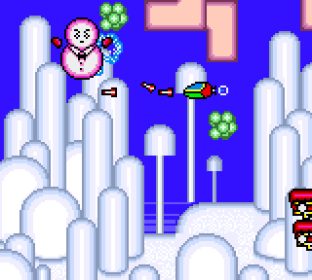 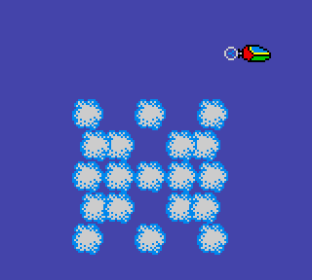 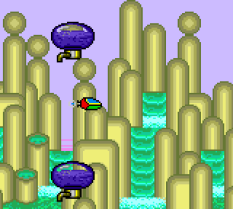 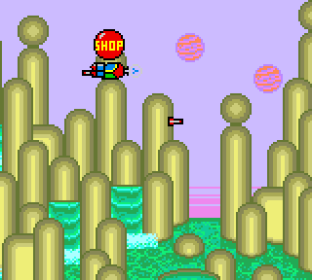