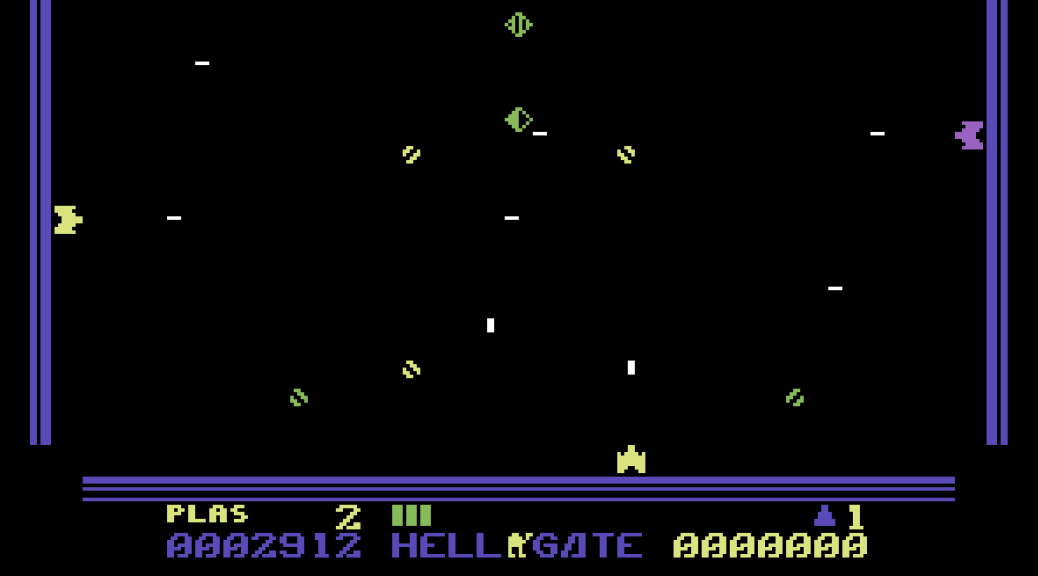 I would say that Hellgate is one of my least favourite Jeff Minter/Llamasoft games. While it is competently-programmed and nicely-presented, Hellgate is also a very difficult game to play effectively as a single-player.

Hellgate is a bit like Jeff’s other game, Laser Zone, except that in this you control two sets of guns – one gun on each of four walls, shooting inward. Controlling two guns in Laser Zone was difficult enough, but controlling four in Hellgate is enough to break a person’s brain… Most of the time you’re panicking, trying to shoot anything you can, and this eventually gives way to frustration as you lose life after life playing this mostly fruitless game…

Of course you could persist, and master the game, which is possible, but whether you’d have the patience to do that, when you could be playing something else, remains to be seen.

Hellgate was first released for the Commodore 64 in 1984. The original VIC-20 version of Hellgate came out in 1983 is the better version to play, should you choose to. 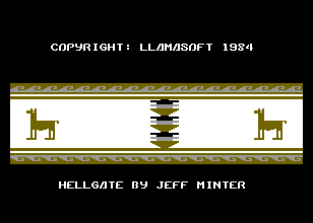 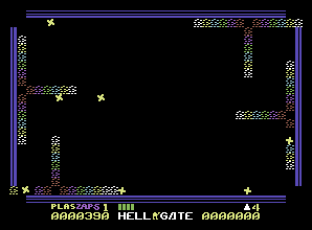 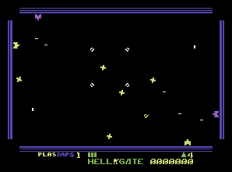 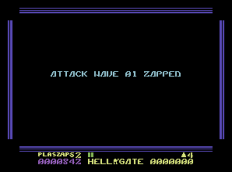 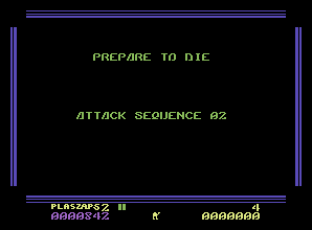 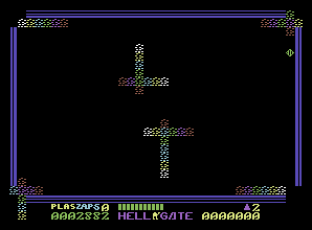 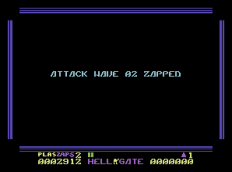 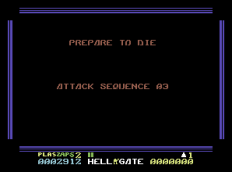 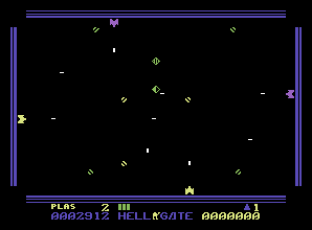