Also known as Gunlock and Galactic Attack in some territories, and Layer Section in Japan, RayForce is a vertical screen bullet hell shooter released into arcades by Taito in 1994. And it is quite impressive, as arcade shooters go.

You fly a ship, called the RVA-818 X-LAY (which is a bit of a mouthful), which has been sent in to destroy an evil super computer that has taken over Earth and turned it into an impenetrable fortress. Unfortunately that means destroying the Earth itself, but with the survival of humanity hanging by a thread it’s a small price to pay to insure that the human race prevails.

Your ship is outfitted with two weapons: a forward-firing laser that increases in power as you continue to collect power-ups, and a secondary lock-on launcher that can target up to eight enemies at once and fires out homing lasers onto anything that is targeted. An aiming reticle in front of the ship is used to lock onto targets that are on a plane that cannot be shot with your primary weapon (either underneath or above you).

RayForce uses traditional 2D graphics and they have held up well over time. Huge explosions, impressive backgrounds, and homing laser strikes give the game a dynamic feel. The very vertical screen dimensions also give RayForce a retro look and feel. Boss battles are impressive too and are not easy to survive. And at times whole sections of the landscape collapse downward onto the planet, which is spectacular.

Stages are short, but feature-packed, and the game can be played two-player simultaneously, which definitely adds to the appeal. It’s not quite as manic as something like Deathsmiles or ESP Ra.De., but that is part of the appeal. RayForce manages to find a good balance between the number of bullets on-screen and giving you breathing space, and the dual weapons feature works extremely well. 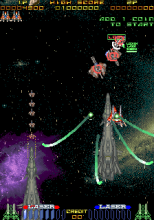 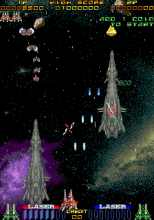 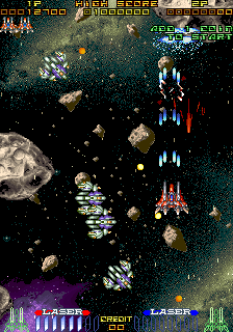 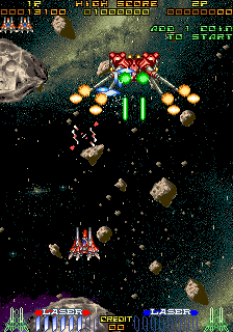 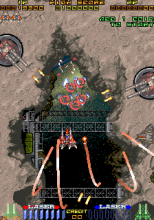 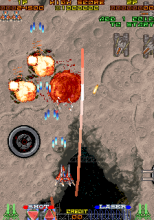 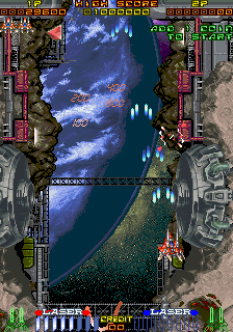 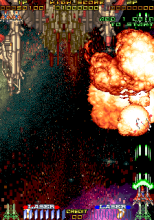 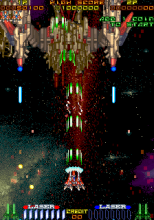 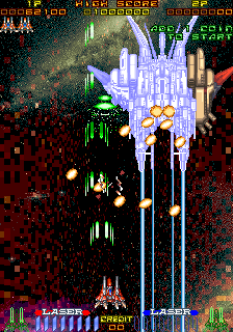 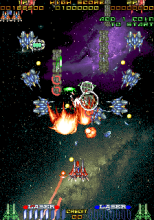 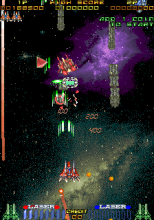 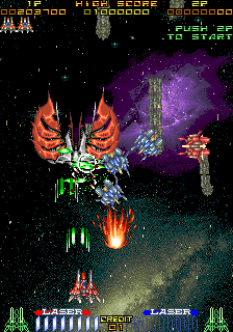 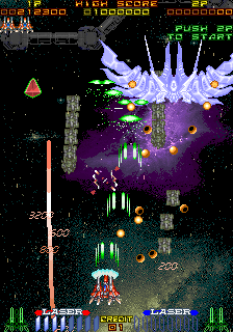 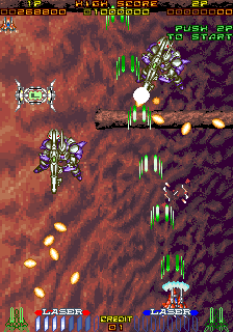 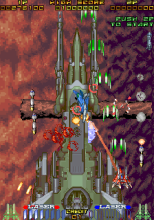 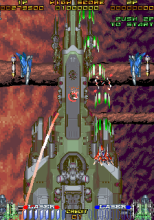 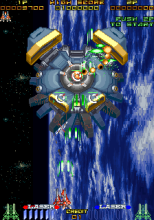 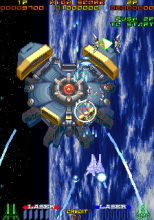 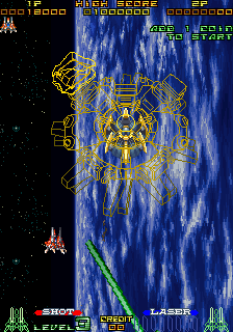 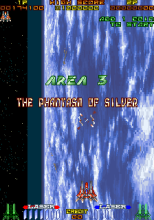 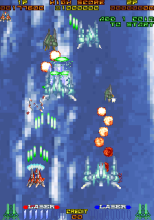 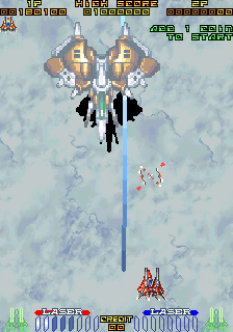 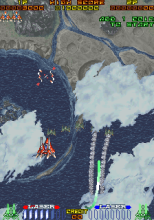