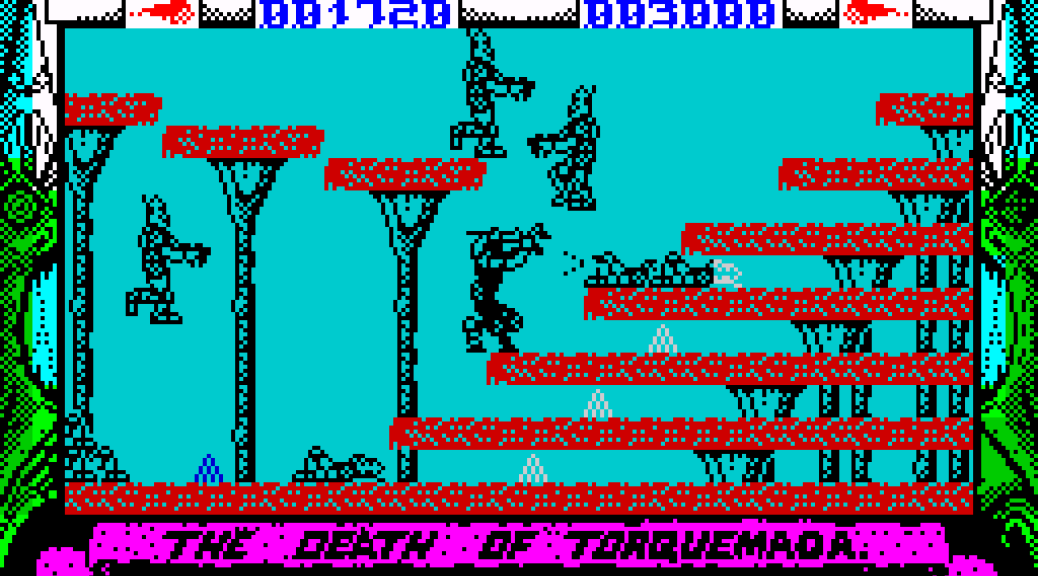 The ZX Spectrum version of Nemesis the Warlock was developed by Creative Reality and published by Martech in 1987. And it is another relatively poor adaptation of a classic 2000AD comic character.

Martech‘s game is a simple platform shooter where you control the titular Nemesis the Warlock, and the aim is to eliminate Terminators who have been sent to destroy him by his arch enemy Torquemada. A required kill quota is shown on the information panel at the bottom of the screen and once you’ve reached it you are then free to try to leave the screen by finding the exit. Only one side of the screen will allow you to exit to the next level, and you have to discover it (and remember it in subsequent play-throughs), although you must be careful to exit properly so that you don’t fall into the void on the next screen (which is a little unfair in my opinion).

Nemesis can jump, duck, use his sword (his default weapon), and pick up ammunition to fire his gun, and must pile up the bodies as quickly as possible without making contact with the Terminators (the more you contact with enemies the stronger Torquemada’s influence becomes).

In fact, piling up bodies of dead enemies is an important gameplay mechanic because you can use them to stand on to reach platforms that would otherwise be out of reach.

Nemesis is not a bad game overall, but it’s not particularly representative of the comic. The game could be anything, really. I prefer the Spectrum version over the Amstrad version as the movement isn’t so jerky, but it’s not a game that I could play for very long. Even as a 2000AD fan I wouldn’t find much in this to get excited about.

More: Nemesis the Warlock on World of Spectrum 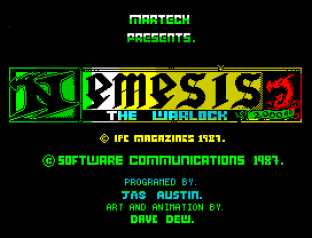 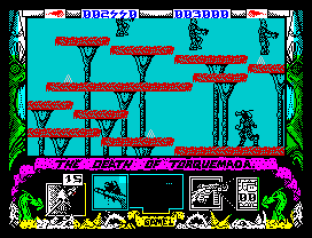 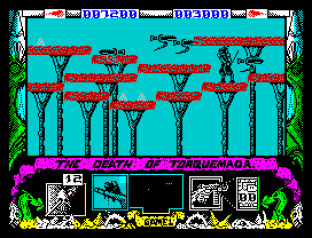 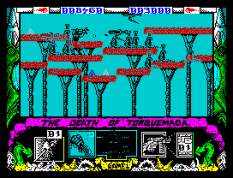 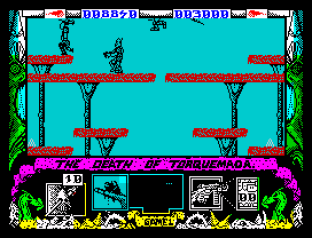 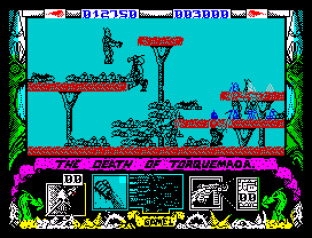 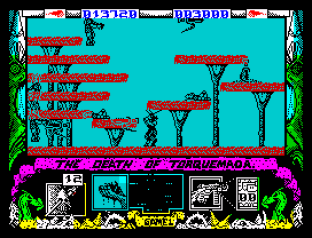 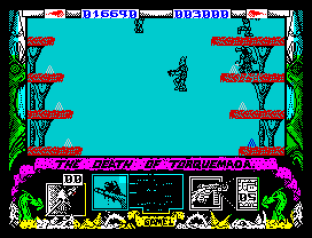 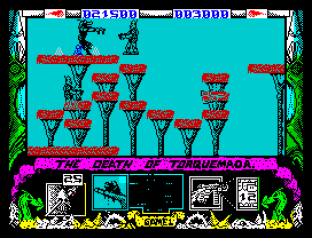 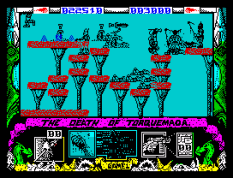 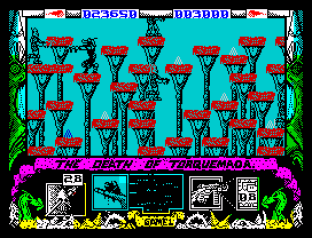 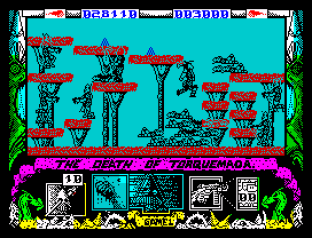