The classic 1980 arcade game, Carnival, was developed by Gremlin Industries (not to be confused with Gremlin Graphics) – an American company – and manufactured by Sega in 1980. It’s a funfair-themed game where the aim is to shoot moving targets while conserving your limited supply of ammunition for as long as possible.

Three rows of targets (rabbits, owls, ducks, letters, and extra bullets) scroll across the screen in alternating lines – the highest line awarding the most points. If a duck reaches the bottom row without being shot it will fly down and try to reach the bottom of the screen. If it manages it, the duck will then eat some of your bullets, which of course you want to avoid.

A number of rotating pipes at the top of the screen must also be hit to complete the round, although these are partially obscured by a green box, which makes them quite difficult to hit. They are generally best left until last. If you leave them too long, though, more ducks will spawn on the top row and keep moving down towards you, which creates some urgency.

During a round a bonus counter increases by the value of every target shot and can be collected by shooting the letters of the word “BONUS”, in order, as they cycle through the rows. The bonus stops increasing as soon as any letter is shot.

If you run out of bullets it’s game over, but you can acquire more bullets by shooting the blue boxes with numbers on them.

Lastly, Carnival features an innovative bonus round where you have to shoot a polar bear walking left and right to keep it on-screen for as long as possible (not easy as it speeds up with every shot). Each subsequent bonus round adds another bear to the screen, with a maximum of four bears at once. 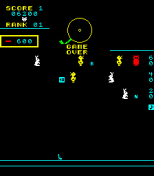 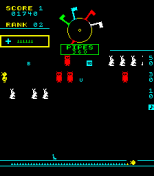 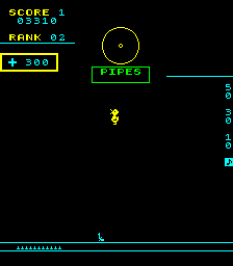 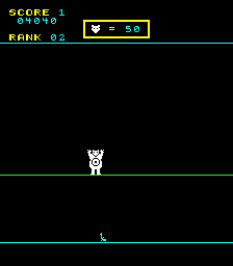 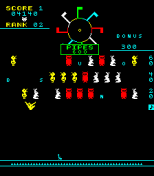 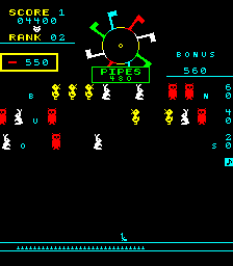 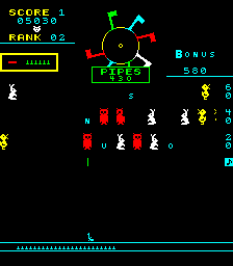 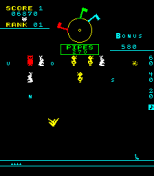 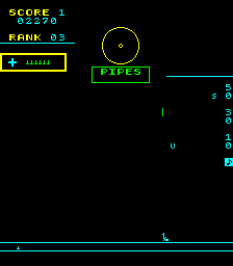 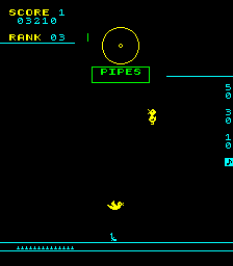 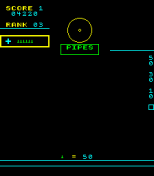 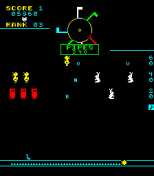