Martianoids was released in 1987 on three different formats: ZX Spectrum, Amstrad CPC, and this MSX conversion. All three are pretty much identical in terms of gameplay; they feature a robot, walking through nine sectors of a scrolling landscape, fighting off alien robots that are trying to destroy a computer you are defending.

The robot can fire bolts from a blaster that can destroy the aliens but doesn’t consume energy, and also fire a separate laser that can destroy certain types of walls in the maze, but this consumes a proportion of the robot’s energy. Collisions with alien enemies will also reduce the robot’s energy, and if the energy bar reaches zero the robot is destroyed in a cloud of smoke and you lose one of its five lives.

The aim of the game is to guide a computer program from a transmitter to a receiver in each sector, which will activate the computer’s auto defences. How you do that, though, is not something I could work out. The game’s instructions don’t explain how to do it, and hours of experimentation on my part couldn’t figure it out either. Which reduces Martianoids to a simple shooting game that wears thin rather quickly.

As time goes by the invading alien robots gradually destroy more and more of the computer’s components, eventually destroying an entire sector if not stopped in time. If all sectors are destroyed, or if you lose all five of your lives, it’s game over. Unfortunately, without knowing how to guide the program to the receiver, your mission is ultimately futile (no pun intended).

I’d really like to know how to actually guide the program to a receiver and activate a sector’s defences. If you know how to do this please leave a comment below. 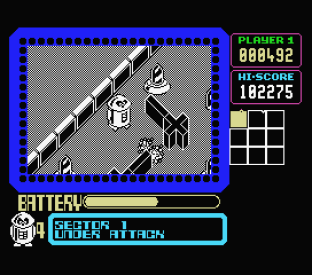 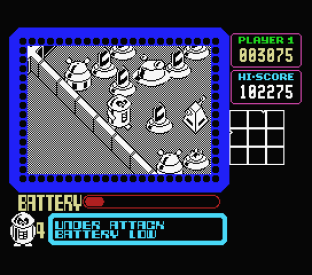 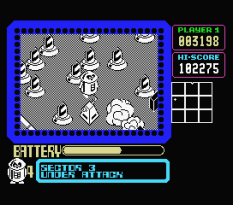 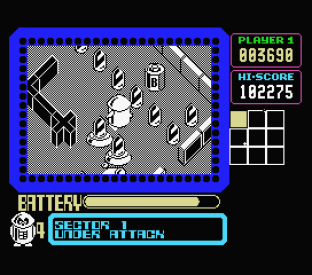 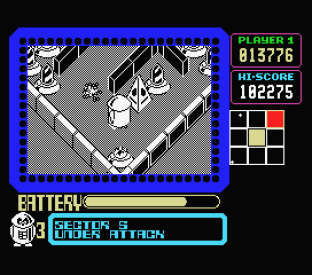 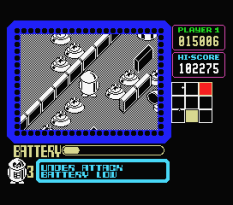 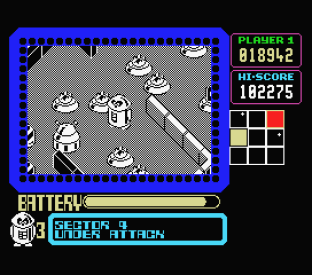 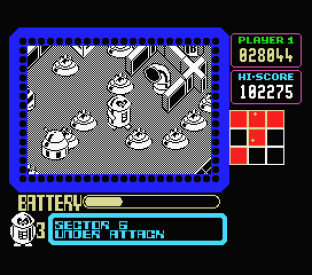 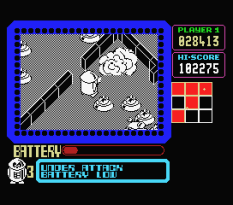 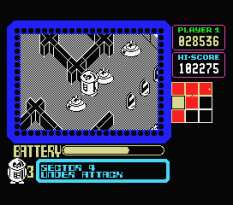 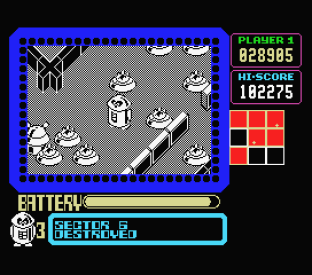 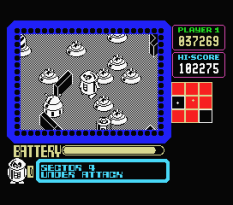 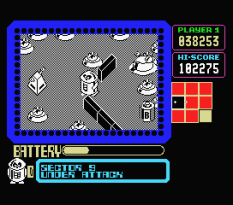