Developed by Escape (who would later become Westone), Wonder Boy is a straightforward run-and-jump-left-to-right-to-reach-the-goal platform game featuring a blonde-haired, semi-naked cave-boy who is trying to rescue his girlfriend, Tina, from the clutches of the “The Dark King”.

A fundamental feature of the gameplay is that Wonder Boy must constantly eat food to keep his vitality up. If the vitality bar at the top of the screen depletes to nothing then you lose a life.

As you make your way through a level you’ll reach numbered waypoints that allow you to re-start from that point if you lose a life. You also occasionally find eggs which, when broken, contain power-ups like a skateboard (which you ride and the game becomes faster as a result), or a protective angel that makes you invulnerable to collisions for a short while.

Early on in the game Wonder Boy picks up an axe which he can use to throw at enemies to knock them out. If you lose a life you also lose the axe, but this is usually returned to you (by breaking an egg) fairly quickly when restarting.

There are seven areas in total, each with four levels. Upon completing a level you get a bonus for any remaining vitality, plus an extra bonus if you manage to collect a doll that is hidden in each level. These dolls start off relatively easy to find, but later on they are often hidden inside rocks that you must break to reveal them. Usually you would avoid rocks as they make Wonder Boy stumble and slow him down. If all 28 dolls are collected from each level then a bonus eighth area is unlocked.

Wonder Boy is not what I could call a “classic” arcade game, but it does improve as you play through it. The graphics are a little basic and the gameplay fairly simple, but it’s still a reasonably enjoyable and challenging game nonetheless. 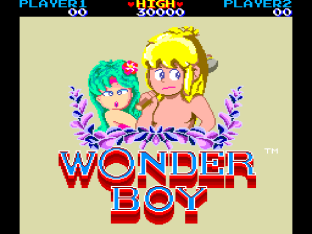 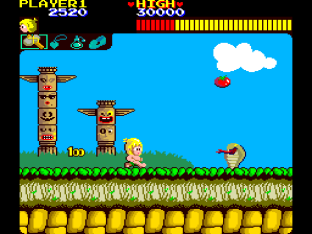 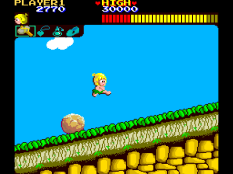 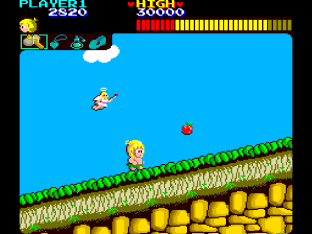 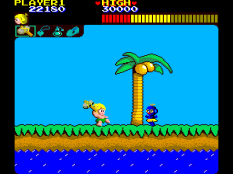 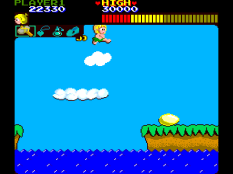 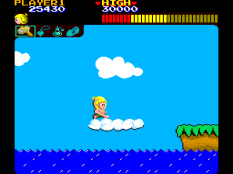 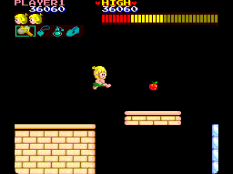 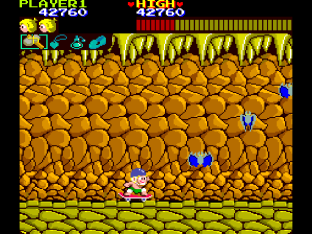 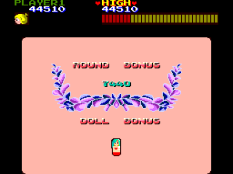 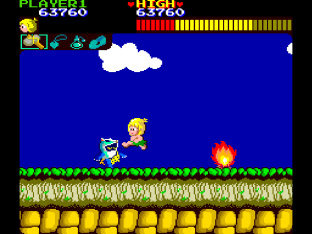 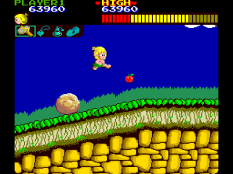 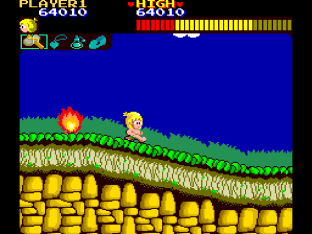 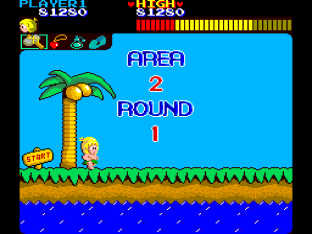 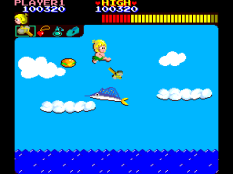 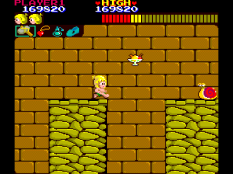 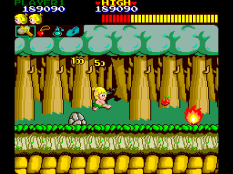 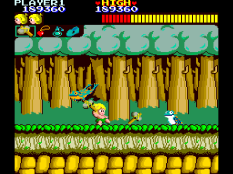 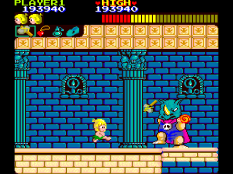 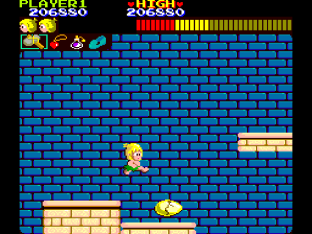 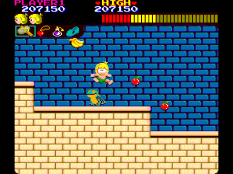