Slap Fight is a vertically-scrolling, progressive weapons shoot ’em up developed by Taoplan and manufactured by Taito 1986. It’s also known as “Alcon” in the US.

The background never stops scrolling during levels, except for when you reach the very final boss at the end of the game. Also: the game has no flying enemies, which is kinda weird. There are plenty of enemy bullets flying around, though. Slap Fight is a true “bullet hell” shooter.

You collect stars from destroyed enemies to enhance your weapons, and the game utilises a weapons power-up system that is very similar to Konami‘s 1985 arcade hit Gradius/Nemesis. You can add a wide array of extra weapons to your ship, such as bombs, lasers, and homing missiles, but doing so also increases your ship’s hitbox, which makes you a bigger target for enemy bullets. Also: some enemy towers can only be destroyed with the laser or homing missiles, and using bombs on certain parts of the landscape will uncover secret bonuses.

Slap Fight features beautiful, detailed graphics, smooth scrolling, and extremely challenging gameplay. Although it’s not particularly well-known, it was converted to many home systems of the time and was reasonably popular in arcades in the late 1980s. It’s one of those games where you’re basically screwed if you die and lose your weapons, but if you can build back up to homing missiles as soon as possible, you might just stand half a chance. That said: Slap Fight‘s designers were not entirely callous with their thinking and at least allow you to activate the speed booster immediately after losing a life (gee, thanks).

In some versions of Slap Fight you can gain all weapons and power-ups by allowing yourself to be killed by the first enemy of the game, without touching the controls. I tried this on my version of the game and it worked. It’s not clear if this is a bug or a secret feature. 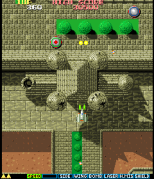 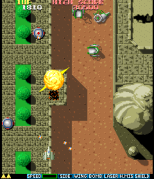 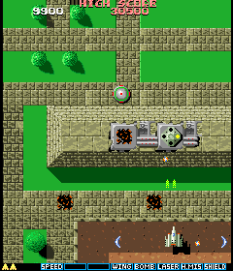 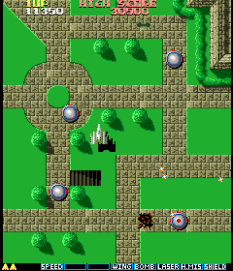 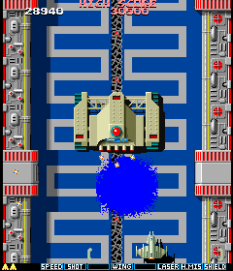 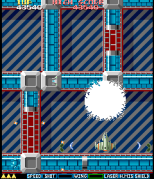 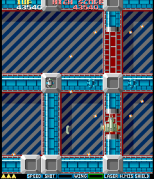 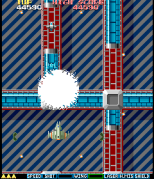 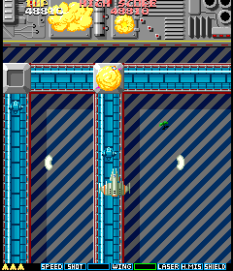 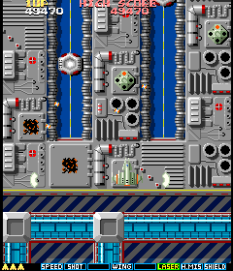 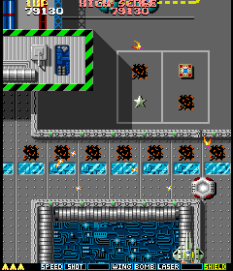 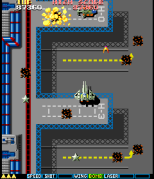 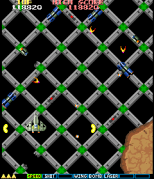 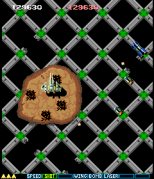 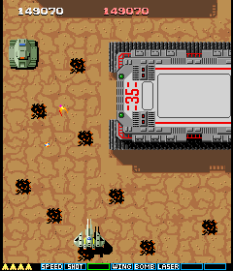 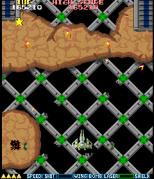 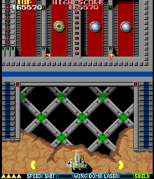 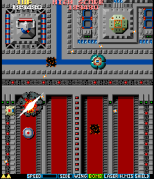 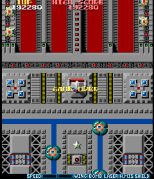