Released into arcades by Nintendo in 1983, Mario Bros. is a one or two-player platform game featuring Mario and Luigi as the main characters. Incidentally, this was the first time Luigi ever appeared in a video game.

Mario Bros. was designed by Shigeru Miyamoto and Gunpei Yokoi – two of the lead creators of Donkey Kong, of which this game is a follow-up.

The basic idea is to run around a series of platforms, bumping-off hostile creatures by headbutting the floor beneath them, which flips them over and allows you to collect them – if you can reach them in time. If you don’t reach them in time they get back up (usually with a colour change) and become more angry; moving faster and more aggressively.

Each new stage usually introduces a new enemy, and how to deal with them is explained on an introductory screen. Some levels combine enemy types to make things even trickier.

There’s also an intermittent bonus screen where you have to jump around collecting coins before a timer runs down.

Mario Bros. is obviously designed to be played two-player – player one controlling Mario, and player two Luigi – but it also works fine as a single-player game. It could be described as a ‘cooperative’ two-player game, because both players have the same aim (to rid the stage of enemies), although both players are really competing for the high score.

I remember playing Mario Bros. in arcades as a young teenager and not being particularly impressed by it. I could see that the game had potential (which wouldn’t really be unlocked until Super Mario Bros. came out), but I didn’t (and still don’t) like the character turning mechanic, which is slow and cumbersome, leading to unnecessary frustration.

There’s no denying that Mario Bros. is a memorable video game from the early days of Nintendo‘s history, but it’s certainly not what I would call a “classic”. Not in gameplay terms. Mario Bros. has its fans, but unfortunately I’m not one of them. 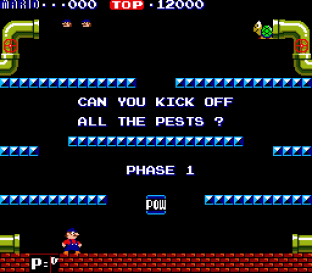 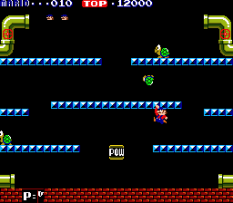 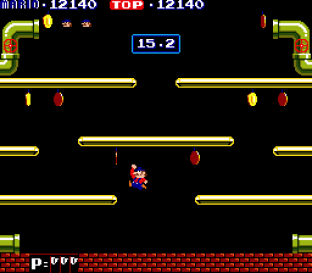 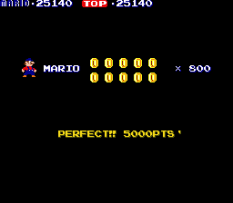 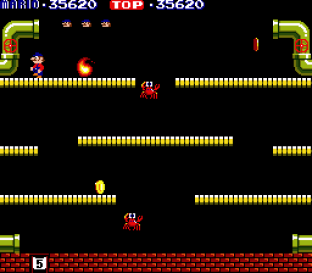 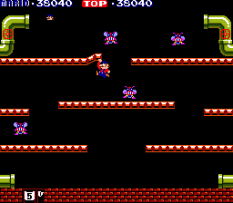 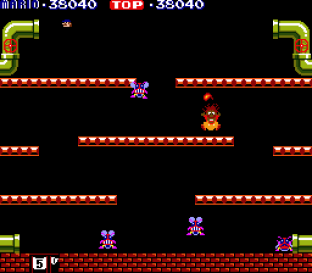 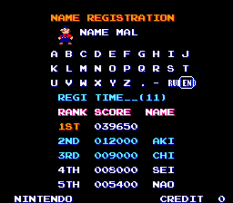 One thought on “Mario Bros., Arcade”