Power Drift is a superfast racing game designed by Yu Suzuki and first released into arcades by Sega in 1988.

The game uses high speed scaling effects (similar to After Burner and Out Run) to generate the tracks and the cars on the road, and the speed at which you race is pretty startling.

Thankfully Power Drift is relatively forgiving when it comes to cornering – it takes a real mistake to actually cause a crash. That’s not the same when falling off an elevated area (of which there are many), which will roll your car and lose you time. Some elevated areas do have tyres on the side of the track to prevent you from falling of though.

Power Drift is all about hanging on for dear life as you hurtle around… not race tracks but rollercoaster rides! The aim is to finish in the top three of each race, which gives you a pass to the next stage. There are five classes of track (A to E), each with a theme, and each with five stages. There are also two hidden stages within the game, one has a track shaped like a jet from After Burner II and the other has a motorbike shaped track in the style of Super Hang On.

Races are over quite quickly in Power Drift and the game is clearly ravenous for cash… Well, it was back in video game arcades in the late ’80s… I remember Power Drift being a sit-down cabinet and it was quite expensive to play, so it could easily eat through £10 in change in less than half an hour.

There were also multiplayer linked-up versions of Power Drift, with cabinets situated in a row, so friends could sit down and race against each other. I tried it a few times in my youth and found it an exhilarating experience. I don’t know if there’s any way of playing multiplayer now, in an emulator, but if there is I want to know how…

Power Drift still looks quite impressive even today. There are a few weird-looking bits of the road when cornering, due to the way it’s constructed, but those aren’t really noticeable when you’re playing the game. 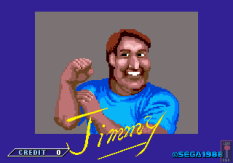 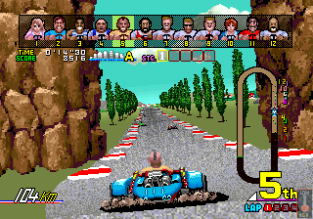 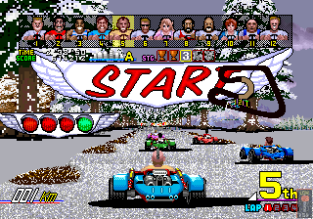 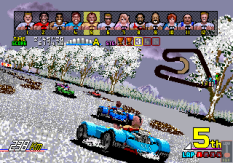 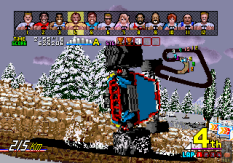 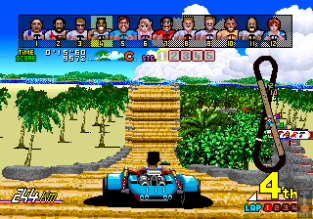 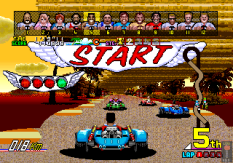 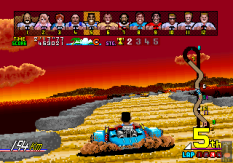 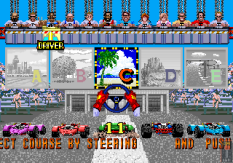 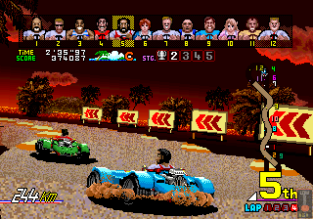