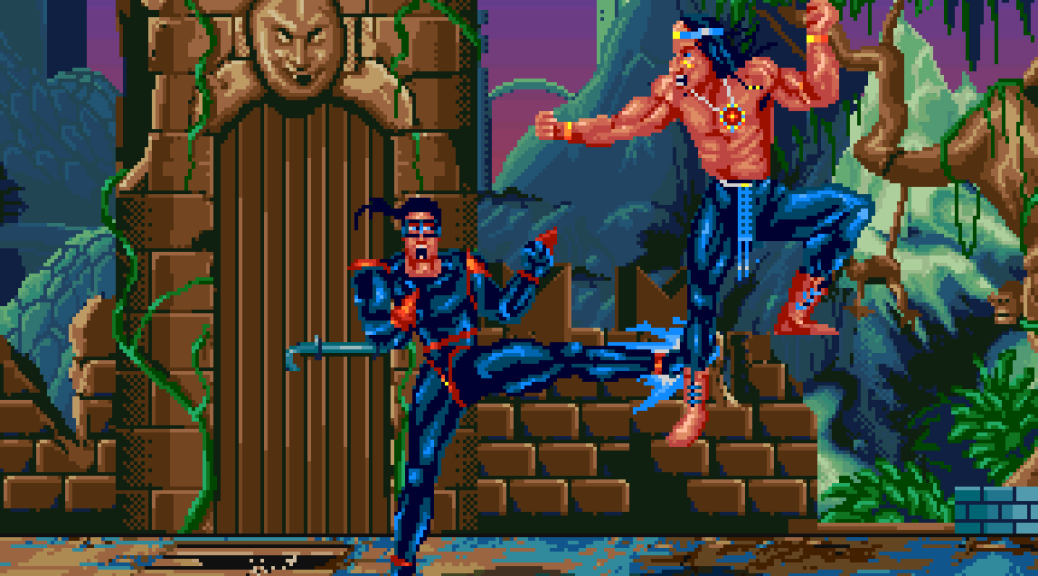 Developed by Micromania and published by Flair Software 1994, Dangerous Streets is an infamous fighting game for the Amiga and CD32. Infamous because it is so bad…

Why is Dangerous Streets so bad?

2. The backdrops… Of the three I saw, only one was any good – the others were far too busy for their own good. And the same three backgrounds cycle over and over, making them repetitive.

3. The gameplay… While you might be able to string a few wins together with practise, you probably won’t want to play the game for that long. One fight will probably be enough to put you off.

One thing I did like about Dangerous Streets was the way the character portraits (at the bottom of the screen) get more beaten and bloody the longer the fight goes on. It’s kind of an unnecessary detail in the grand scheme of things, but it did make me laugh.

If you want to play a decent beat ’em up on the CD32, have a look at Shadow Fighter. 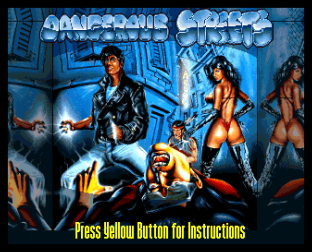 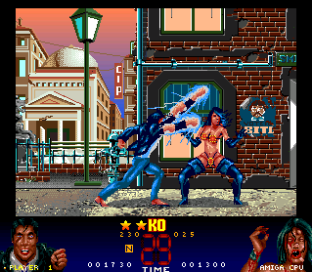 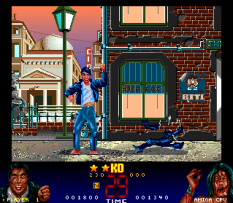 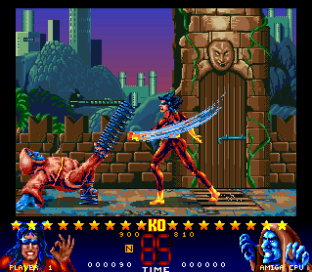 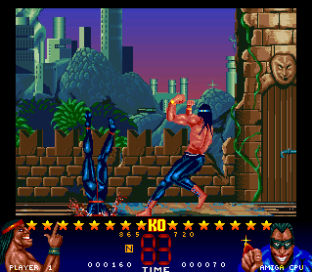 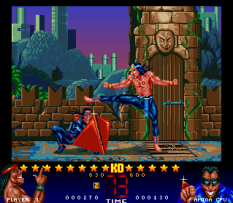 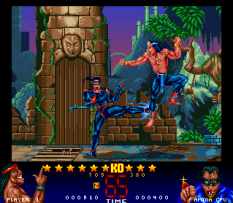 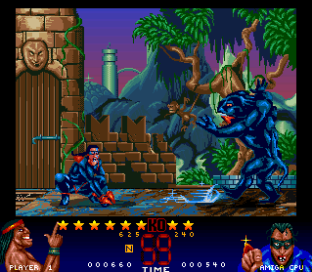 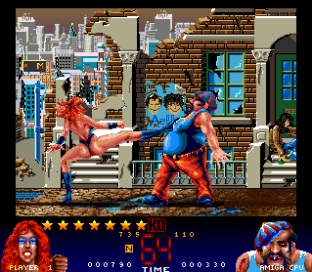 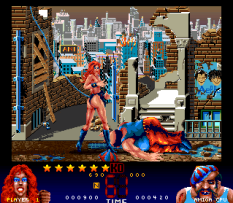 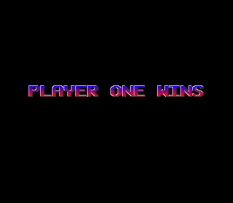 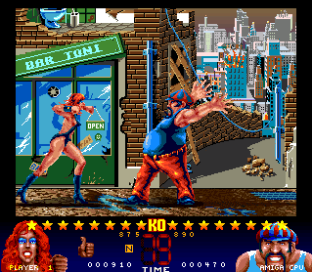 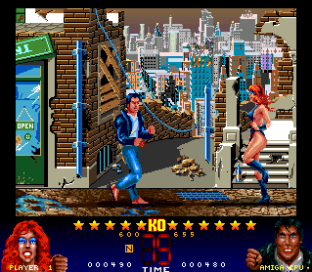 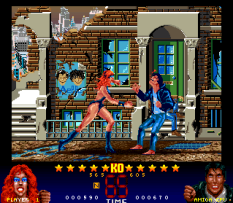 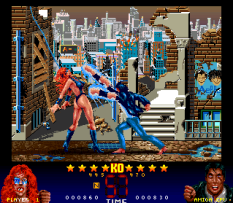 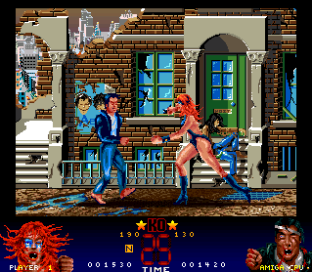 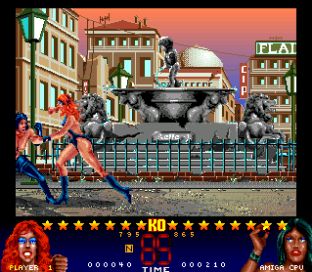 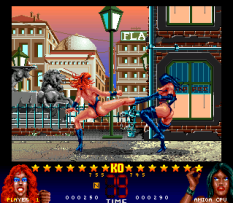 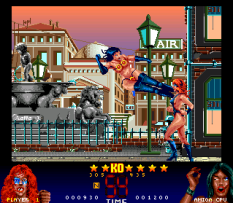 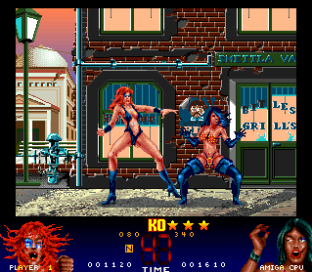 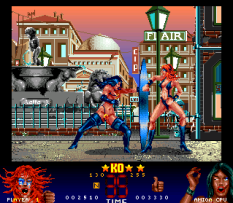 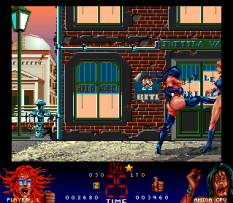