Wow… Now this is something special… An enhanced version of Cinemaware‘s classic Defender of the Crown, with cool new sequences and graphics not seen in the original!

Defender of the Crown II was created by James D. Sachs in 1993 and is seemingly a bit of an ‘auteur piece’, since Sachs programmed it, made the graphics, and did the music himself. And – it has to be said – he did a brilliant job. Defender of the Crown II is arguably the best iteration of the original game and was clearly a labour of love for him.

Defender of the Crown II begins with an atmospheric spoken word intro (a bit Richard Burton-like, in fact), and then you choose a character from the four available and must conquer the map with your armies.

But before you can do that you have to earn money to buy soldiers and expand your empire, and to do that you must either win tournaments, or fight your opponents and rob them of their land.

Defender of the Crown II features a few new and impressive enhancements over the original game. During jousting there are extra scenes showing the horses galloping, and they are wonderfully drawn, coloured and animated. They also add to the building tension of the scene. There are extra screens and scenes in a few key places, including a very cool horse gallop outline animation inside the parchment when a decision is made. The maps and menus are also beautifully presented and easy to navigate.

Final note: publisher Commodore International went bust before Defender of the Crown II could get a worldwide release, so it didn’t really get seen outside of North America, and even then it was fairly limited. A great pity as Sachs had done such a good job (and spent two years of his life) programming it.

More: Defender of the Crown II on Moby Games 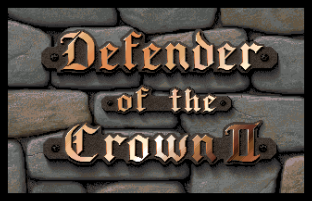 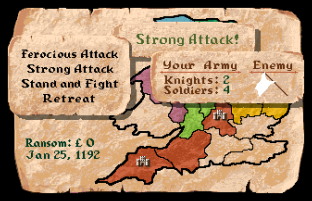 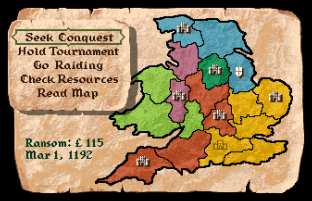 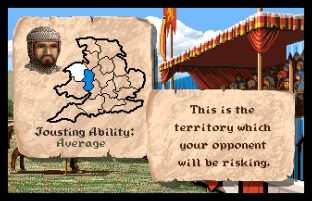 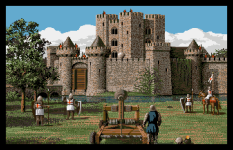 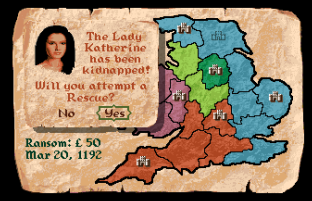 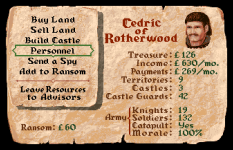 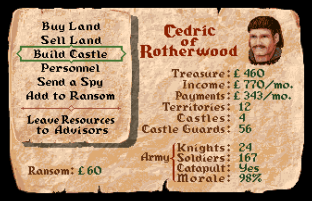 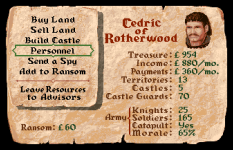 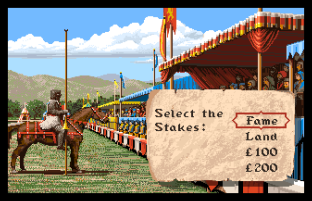 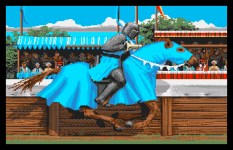 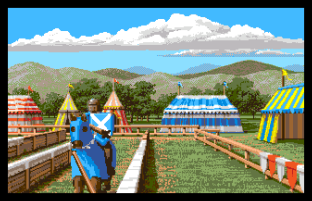 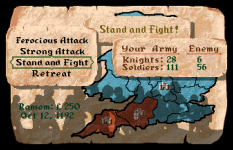 One thought on “Defender of the Crown II, Amiga CD32”