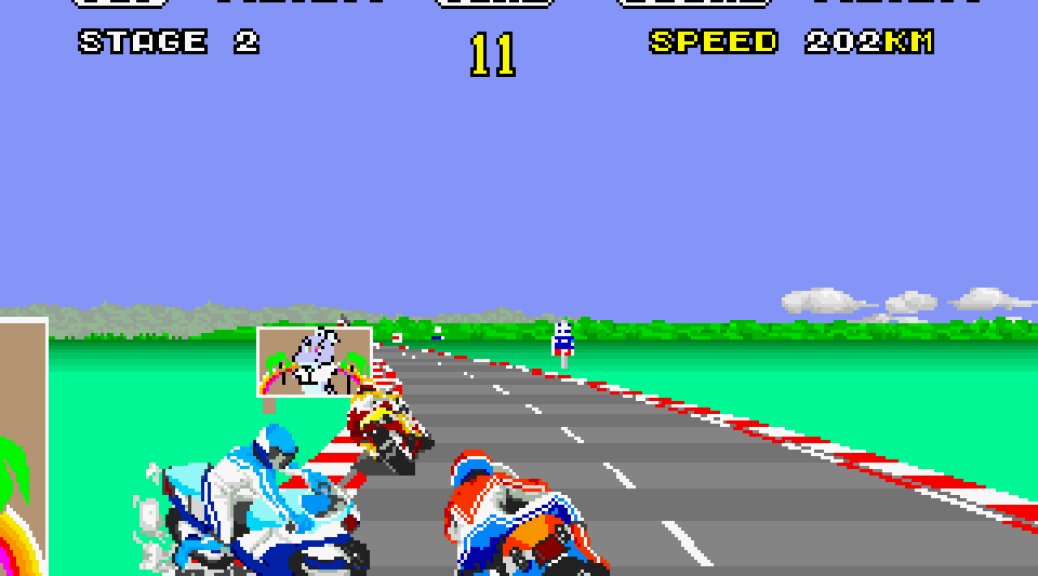 Hang-On is a superfast motorbike racing game developed by Yu Suzuki (and his team) for Sega and released into arcades in 1985 – a year before the seminal Out Run.

The original arcade cabinet varied, although all had analogue-controlled handlebars, which you used to control the bike. One version of the cabinet (the ‘deluxe version’ shall we say) had a full (plastic) motorbike, which you could sit on (more like straddle) and tilt side-to-side to control the turn of the bike. It’s been a couple of decades since I last played it in an arcade, but I remember the tilting bike not working very well and doing relatively badly on that version of the game.

Playing it in MAME, or another emulator now, you have to have analogue controls set up correctly for it to work properly. Otherwise the bike jerks around abruptly when you’re turning.

Hang-On is quite basic as a game – at least compared to Out Run – and you’re endlessly tilting left and right to take the corners. It’s also quite difficult too. Hit anything and you’ll be treated to a nice animation of your bike exploding, before returning to the track to make that next checkpoint. Which is what Hang-On is ultimately all about: reaching checkpoints.

Hang-On still looks colourful and sharp now, and it has a definite sprinkling of Sega magic to it, so isn’t a lost cause. It’s no Out Run though! 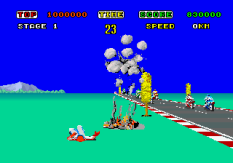 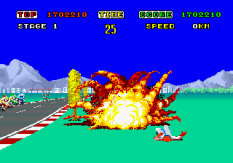 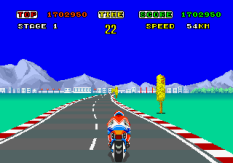 One thought on “Hang-On, Arcade”