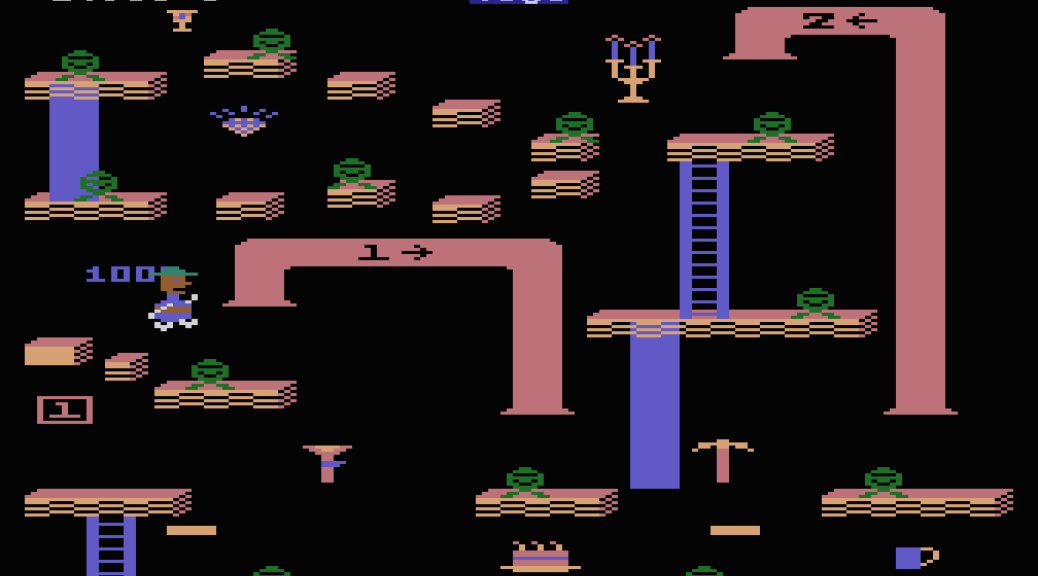 The sequel to Miner 2049er, Bounty Bob Strikes Back, again features the jumping cowboy trying to walk on every piece of platform surface, although this game is much more subtle and challenging than the first one.

Unlike in the first game, Bob this time can do a couple of useful tricks with his jumps, including jumping upwards and then moving sideways, which gives him more precise control over where he lands. Which is vital in this game, because it contains much more complex platform layouts than before.

Bounty Bob Strikes Back also features a number of new features such as elevators, suction pipes, and hydraulic lifts. The basic premise of the game (paint the platforms by walking over them; pick up items to allow destruction of meanies) remains the same. As does the levels changing colour whenever you lose a life.

One other cool thing about this game is the high score table and intro sequence, with the flying birds moving the letters around. Very cool at the time, and still very cool now!

Bounty Bob Strikes Back is a brilliant sequel – IMHO much better than Miner 2049er – and still provides a decent challenge today. It’s a pity this was programmer Bill Hogue‘s last game. 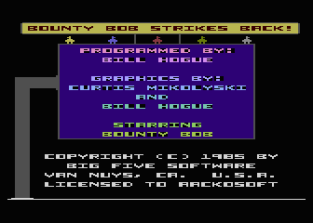 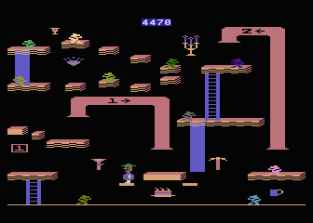 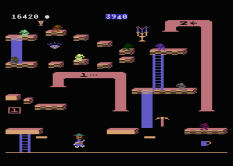