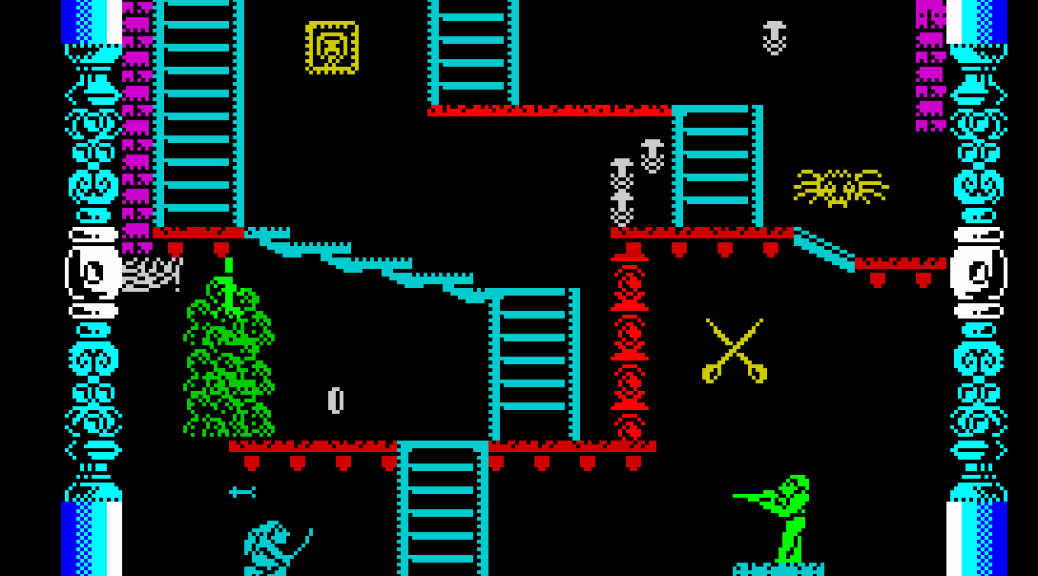 Written by The Oliver Twins in 1985, and published by Codemasters, Super Robin Hood is a smart little platform game that came out on the Amstrad CPC originally, then on the ZX Spectrum a short time afterwards.

Personally I prefer the look of the ZX Spectrum version over the greens and browns of the Amstrad version, although both versions of Super Robin Hood feel really great to play. I love the way Robin runs, ducks and jumps. It’s like an early Metroidvania.

Update: have just discovered that there is a Commodore 64 version, an NES version, and versions for the Atari ST and Amiga. I will be looking those up in the near future. 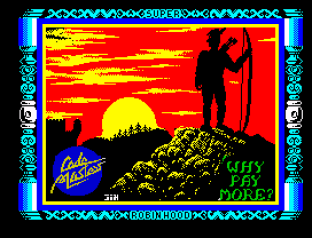 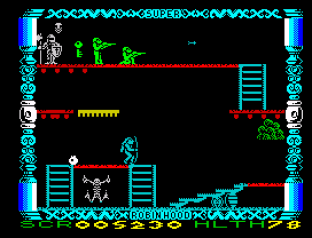 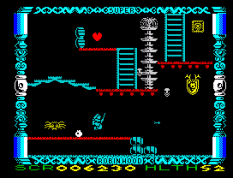 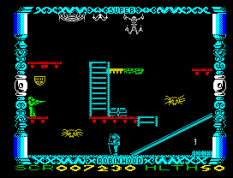 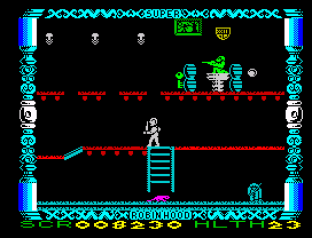