This Amstrad CPC version of Super Robin Hood is the original release from The Oliver Twins, published by Codemasters in 1985.

The graphics are quite chunky and the colours are somewhat moribund, but it’s the gameplay that counts, and The Oliver Twins managed to figure out how to program a great control system, so controlling Robin as he climbs ladders and ducks and jumps and shoots is a joy to behold.

In some respects Super Robin Hood feels like a Metroidvania-type game, but was released before Metroid (which was 1986), so was somewhat ahead of its time. 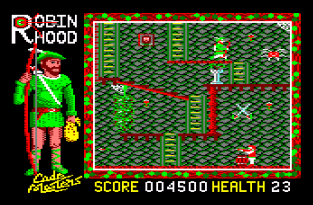 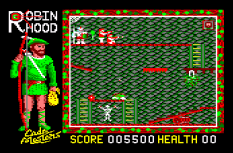 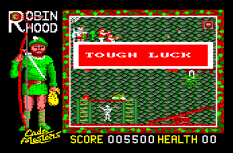 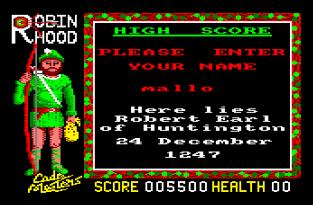