Sunsoft’s Christmas-themed platform game Daze Before Christmas first came out on the Sega Megadrive/Genesis in 1994.

It’s a fun little game, if a little basic. It’s a kid’s game, innit? A version also came out for the Super Nintendo.

More: Daze Before Christmas on Wikipedia

Happy Christmas from The King of Grabs! 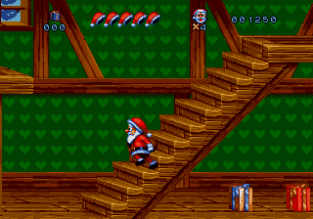 Creeping down the stairs to drink all the port.

Even Rudolph gets a look in.

Now playing as an evil elf!

Penguins? In the North Pole?!

That face looks like something out of a Disney film.

The toys are fighting back!

The Evil Snowman looks quite scary. 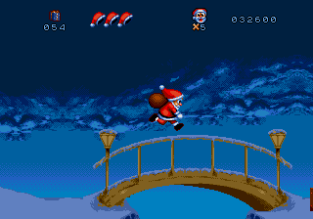 Skipping over a small bridge in the night time snow. Quite atmospheric. 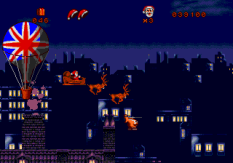 Santa – up to his belly in water.

Avoiding drowning in the rising water.

Evil elf gets blasted by a stone goblin.

Better not land on that thing. It doesn’t look friendly.

There isn’t much ground to walk on in this level.

Daze Before Christmas – continue or quit?