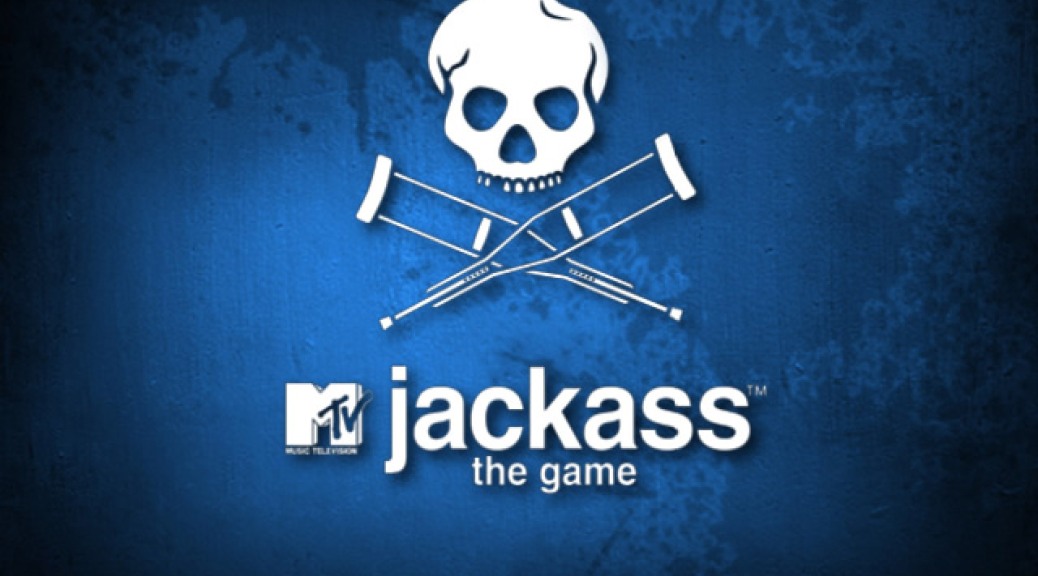 Jackass: The Game on the PlayStation 2 is one of THE best video games ever made. Period. Not only is it THE ultimate multiplayer party game, but it also has an ingenious single-player element too. Ingenious because of the way it unlocks new things as you play. The reward system in this game is just brilliant.

Jackass: The Game is basically a collection of mini games, each with its own set of individual challenges and goals. Complete the challenges and unlock more difficult challenges, playable characters, levels, videos and all kinds of cool extras. And a lot of the mini games are hugely fun to play – there are not many duds. It all feels so packed with content and variety that it never gets boring. And some of the challenges take either top-level skill or blind luck to tick off the list.

You don’t have to like Jackass to enjoy this game, but it does help.

Hats off to the developer, Sidhe Interactive (of Wellington, New Zealand), though, for coming up with one of the most entertaining party games of all time!

More: Jackass: The Game on Wikipedia 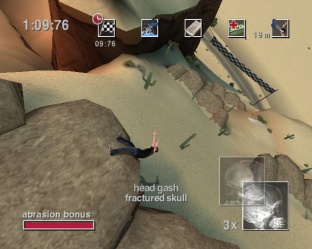 The “throwing yourself off a cliff” event.

This is a classic game. Roll on a shopping trolley as close to the edge of the roof of a skyscraper as you can.

Chris Pontius as “Party Boy” in a kind of rhythm game.

Completing certain challenges gets you paid, and unlocks further levels and challenges.

Riding a cart on a golf course rampage! The course attendants are on your tail!

In this game you fling your Jackass character through the air at certain targets.

Trying to knock each other off the top of a skyscraper.

If you’re good you can complete multiple challenges simultaneously. 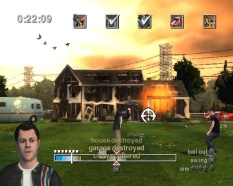 A lot of the mini games are suitably destructive. Here Johnny Knoxville destroys a house with a golf club. 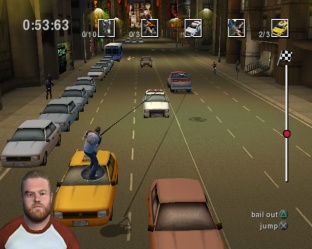 Another car surfing game – this one at night, and in an urban setting.

Sliding around on that dustbin lid feels very intuitive. It makes for a fun little game.

Bumper cars on top of a skyscraper. Obviously the aim is to bump each other off.

Press R1 to make a forward boost, and bump the other person off.

Rolling down the street in a big, inflatable ball.

Jackass: The Game is packed full of great ideas and fun mini games. All of them well worth unlocking.

Obviously the subject matter of some of the mini games is a little questionable… It’s only a game though!

Pogo sticks over rooftops. What could go wrong?