Known in North America as “Lightening Force: Quest for the Darkstar” (shouldn’t that be “Lightning Force“?!), Thunder Force IV was developed and published by Techno Soft for the Sega Megadrive in 1992.

It’s a side-scrolling shoot ’em up that is well-regarded, but is a little too generic for my tastes.

Graphically, it’s not bad, although the backgrounds and environments are a little messy in places (actually, like they were in Thunder Force III), and at times the game seems very similar to the classic Irem shooter, R-Type. 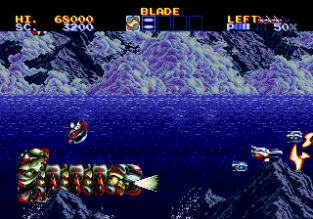 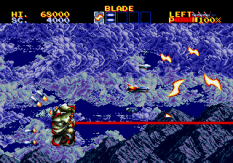 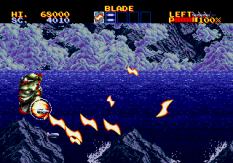 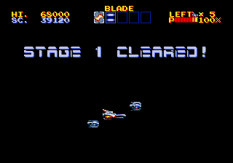 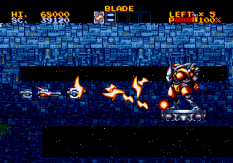 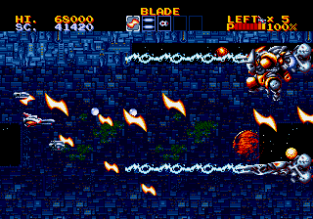 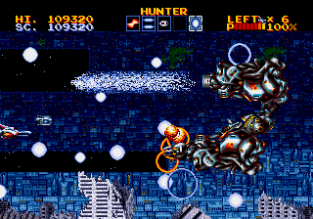 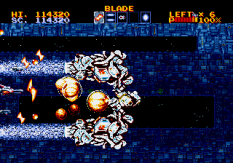 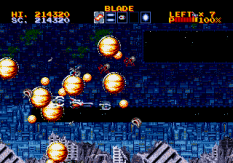 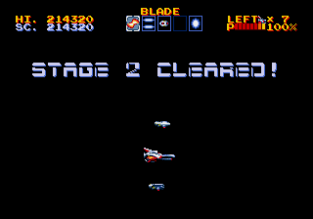 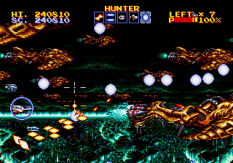 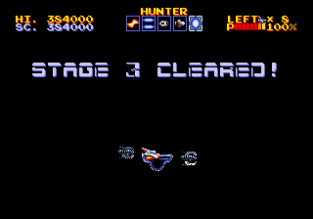 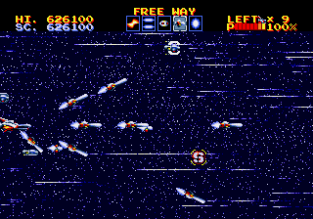 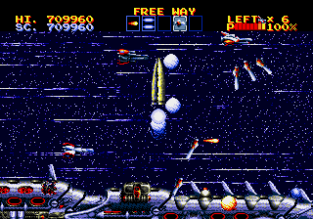 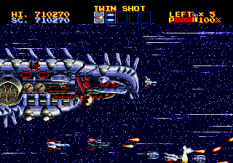 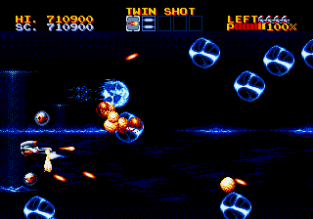