It might look like an outdated pile of crap by today’s standards but Addictive Software‘s 1982 game, Football Manager, was a massive hit on the ZX Spectrum at the time.

In fact: the current Football Manager games, by Sports Interactive, actually licensed the name of this game (or bought it outright; I’m not 100% sure) from the licence holder when the series changed from Championship Manager to Football Manager.

The original Football Manager was written entirely in BASIC by British coder Kevin Toms and was one of the earliest football management sims available for home computers. The Spectrum version was an updated version of the Video Genie, ZX80 and ZX81 versions, which were text only. There are seven difficulty levels to play the game at, from ‘beginner’ to ‘genius’.

The game of course allows players to manage a football/soccer team, and take it to the top of the English football league. This was well before the Premier League was formed, and when there were only really four main leagues in England. Many of the top teams will be familiar because most of them still reside in the Premier League today, and of course the lower league teams are represented and are just as obscure as they ever were. I did notice that there was no Leicester City, but you can change the existing team names in-game if you want, but not the name of the team you’re actually managing, which is a bit of an oversight. In fact, there are only 64 teams to choose from in total. Correction: I have read that there is a utility that allows you to fully edit the teams in Football Manager, but I don’t know if it’s official and I couldn’t find it. Since the game is written in BASIC you could break into the program and edit the teams in the actual code itself, but doing so does risk the program not running properly if you edit it incorrectly.

Players in the game are based on real players of the time, but the names have been simplified. You get a random selection of players to start with – whatever team you choose to play as – and many of the same names seem to pop up over and over again. Each player has a skill level and an energy level number. Their skill level obviously indicates both how good they are on the pitch and also their value. Their energy level indicates how tired they are, and this can go up and down depending on whether they are played or rested. If a player’s energy level drops too low they can risk getting injured, so it pays to keep an eye on the team to see who can be rotated. Injured players obviously cannot be selected to play matches.

You start out with a hundred grand and must buy and sell players (up to a maximum of 16 in your squad), manage injuries, and put your best players on the pitch at all times. You play in the league, starting in division four, and the FA Cup, but there are no competitions outside of that. If you draw a match in the FA Cup, replays are played immediately.

You have a limited ability to change the formation of your team and must at least try to field eleven fit players in each match. Sometimes that’s not even possible; I had three injuries in a drawn FA Cup game and could only field ten fit players for the replay (contrary to the actual rules of football). The second replay was then drawn, going on to a third replay, which again is not possible as a penalty shoot-out should’ve decided the winner. But it seems that there are no penalty shoot-outs in this game and FA Cup replays just go on and on until there’s an eventual winner. Realism is not high on Football Manager‘s list of priorities…

Match highlights are represented as isometric cut scenes and although they look ridiculous now, with their titchy black and white stick men, watching them does at least draw out some real tension as you await the result.

Playing Football Manager now is surprisingly compelling, in spite of its many shortcomings. It does have a few annoying features, like the fact that your players seem to downgrade their skill levels and are left with next to no energy when starting a new season (which I would understand if you’re going up a league – because your players are up against more skilled players – but it also happens if you fail to get promoted and play the same league again), but these can be forgiven considering how old the game is. It’s Football Manager‘s simplicity that makes it worth playing now. Well… to a degree. The feeling of tension during match highlights is palpable. Watch your players miss an open goal and you’ll be cursing them. Pull off a surprising win and you’ll be praising them. For a forty year-old game written in BASIC Football Manager still has a surprising amount of playability.

One last thing to note about this game is that its original creator, Kevin Toms, has re-made the game for modern platforms under the title Football Star* Manager. It’s also available on the App Store under the title Kevin Toms’ Football * Manager. And… a Kickstarter is currently underway (at the time of writing) for a new mobile version of the game called Football New Manager, which indicates just how popular the original game is. 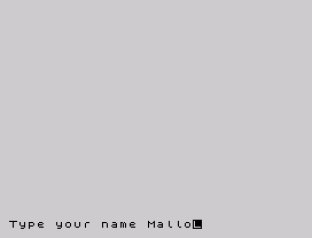 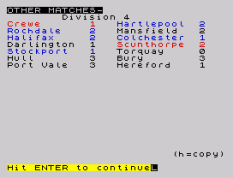 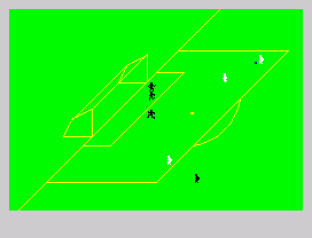 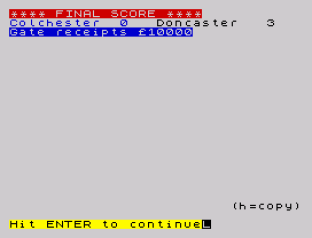 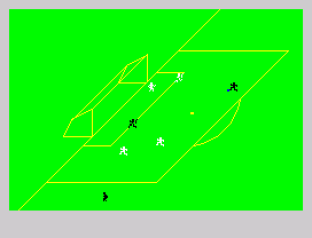 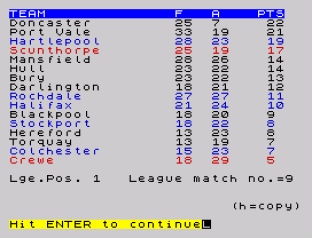 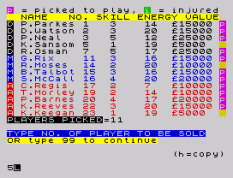 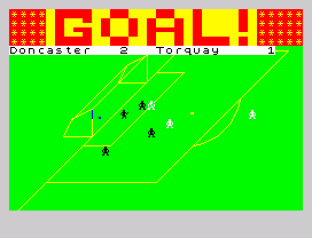 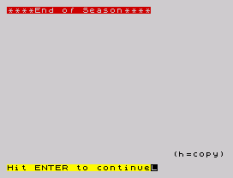 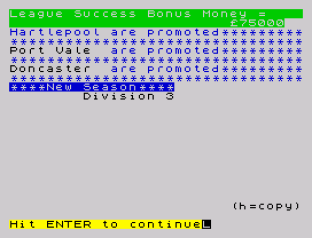 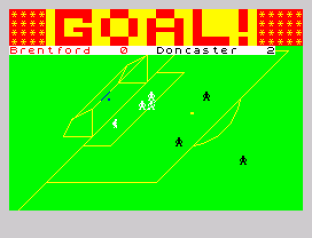 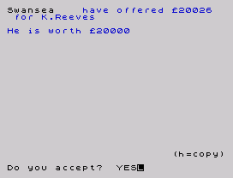 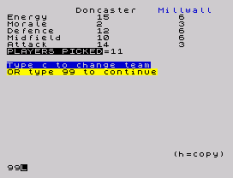 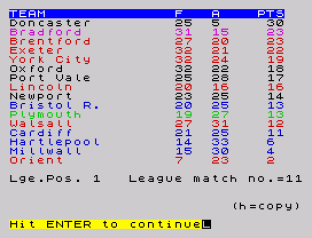 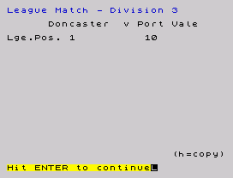 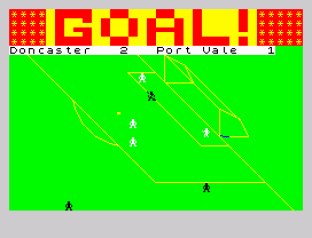 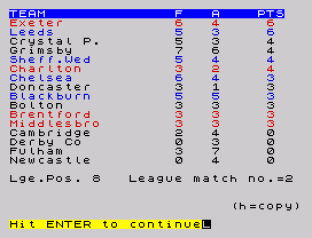 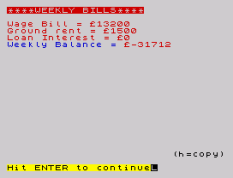 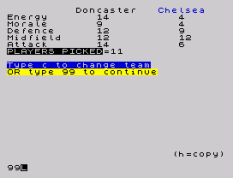 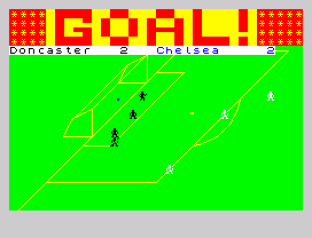 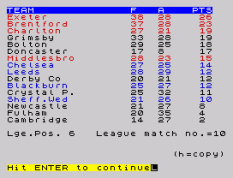 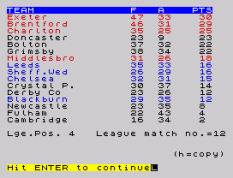 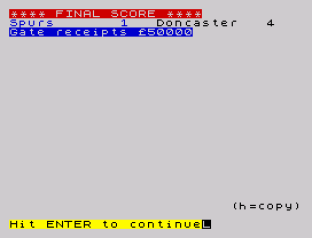 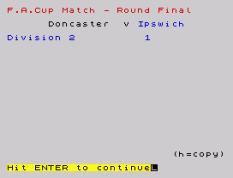 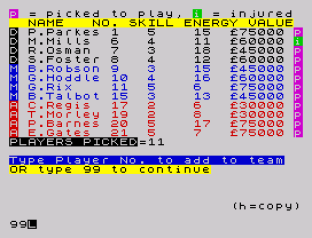 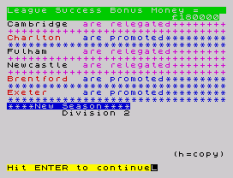