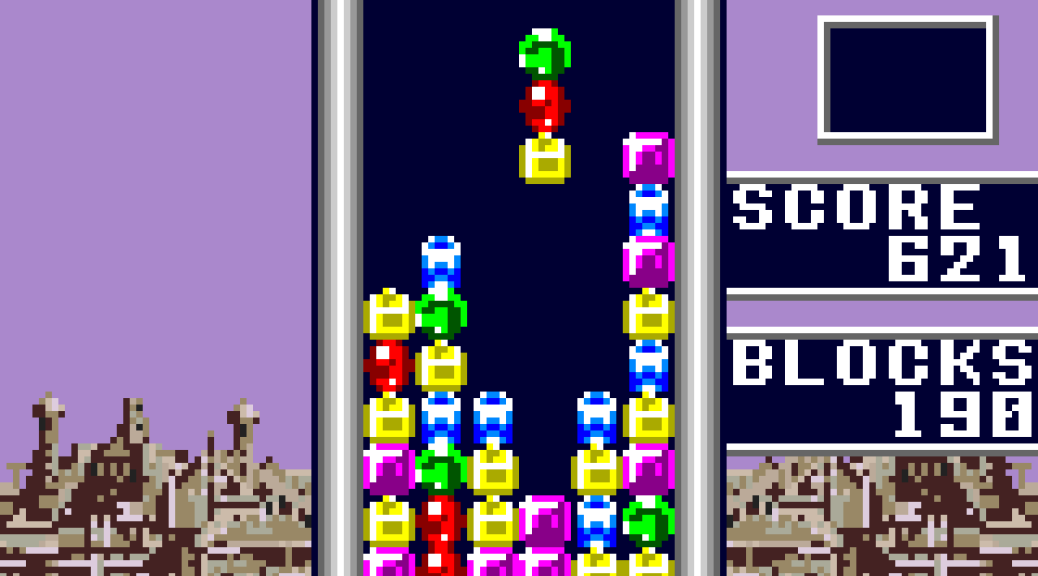 The Game Boy had Tetris and the Game Gear had Columns, although – frankly – Columns isn’t nearly as good as Tetris… Columns was published for the Game Gear by Sega in 1991 and is based on the 1990 Sega arcade game of the same name.

The aim of Columns is to clear sequences of three or more coloured blocks – horizontally, vertically, or diagonally, and to prevent the screen from filling up with unconnected blocks and reaching the top of the screen. Which is all very… Tetris-like. That said, you can’t rotate the falling blocks, but you can cycle the position of the individual coloured blocks within them, so you have to think slightly differently to Tetris to play the game effectively.

Getting sequences of four or five (or more) blocks to disappear together equals double or triple points, and when the individual coloured blocks start dropping downwards you can also get a run of clearances going without even planning for them. It’s quite satisfying when you start struggling, to then have a run of clearances, but most of the time you won’t have set them up knowingly – they’ll mostly be happy accidents.

The single-player game has normal mode or “flash’ mode play. Flash mode requires that you remove a specific block (that flashes white) from a pre-formed pile of blocks. You can set the difficulty level (easy, normal and hard), and the speed level (zero being the slowest, nine the fastest). There’s also a two-player versus mode via link-up cable.

Columns has some nice touches, like the background graphics changing as you rise higher up the levels, but it’s probably not unfair to say that there isn’t a great deal to the game overall, and that it’s not quite as absorbing as Tetris. Columns is more of a fun distraction for a while, rather than an addictive and compulsive game, like Tetris. 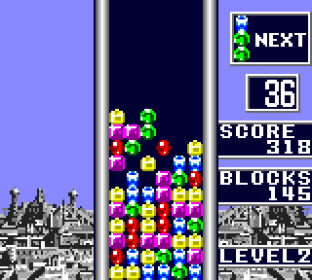 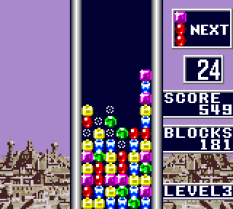 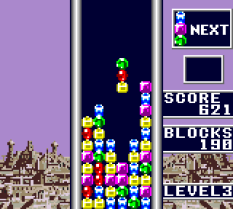 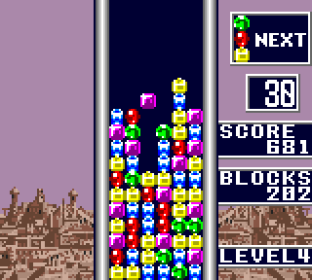 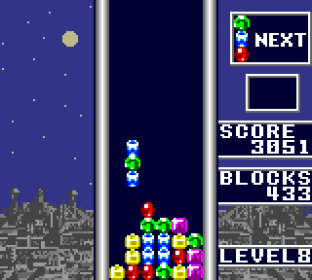 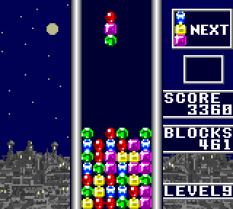 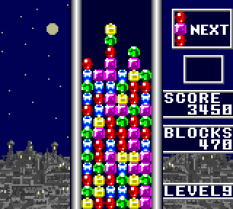 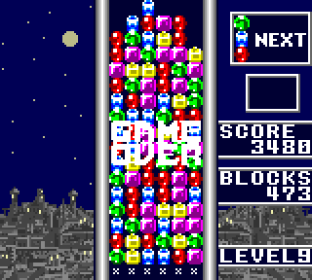 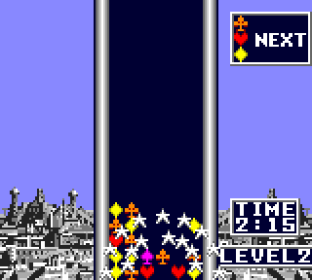 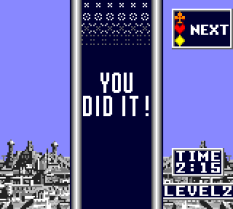 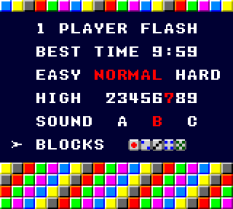 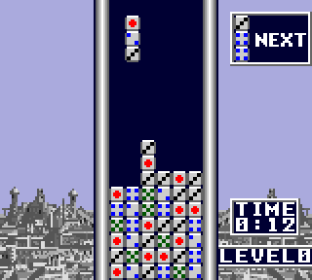 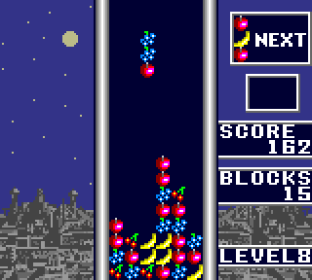 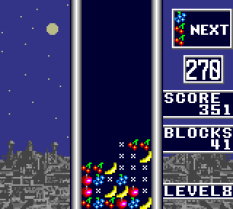 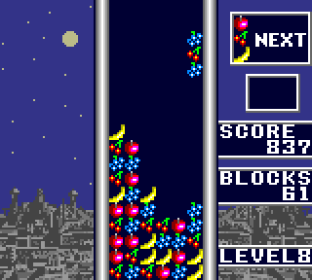 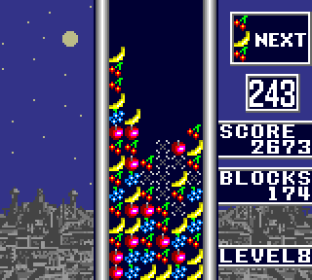 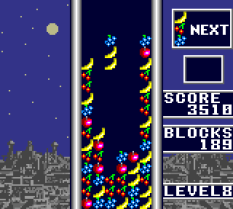 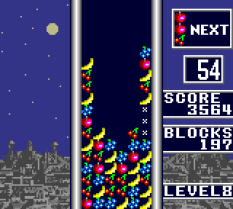 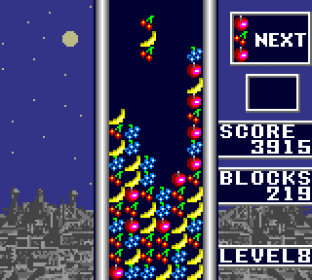 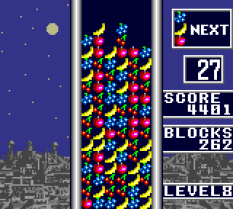 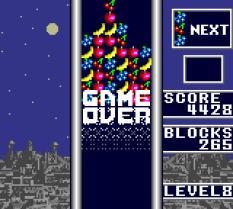