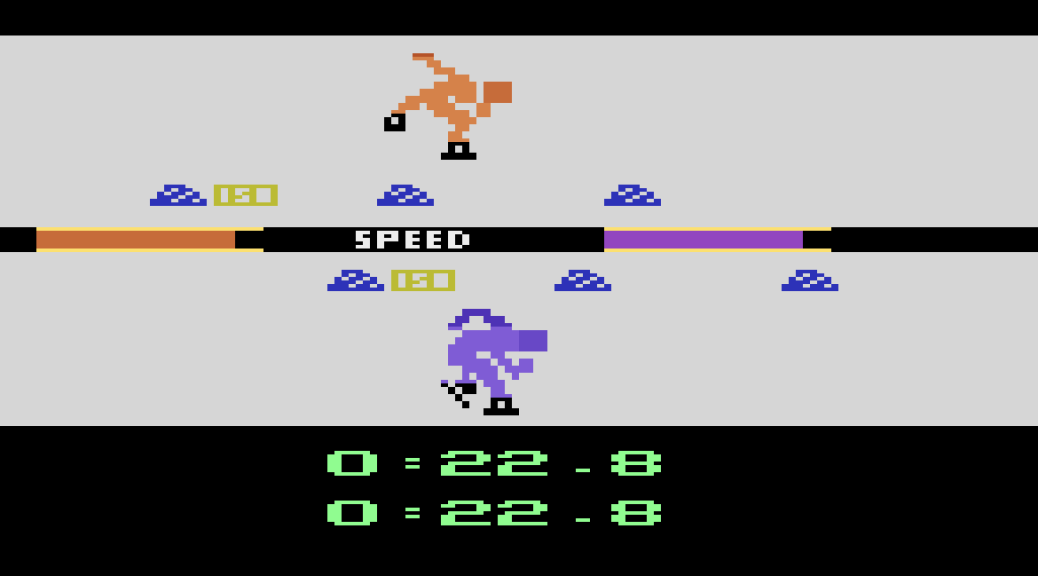 This 1987 conversion of the classic Winter Games is about as basic as it gets, in terms of Winter Games conversions (and there are quite a few of them).

It does have most of the events from the original – slalom skiing, bobsled, ski jumping, biathlon, speed skating, and hot dog, plus one extra with luge. There’s no figure skating, though.

The extra event doesn’t add a great deal to the package because it’s very similar (if not identical) to bobsled, and everything else is so simple that there isn’t a great deal of lastability in this version of Winter Games at all.

If you want to play Winter Games as it was meant to be played, try the original Commodore 64 version. 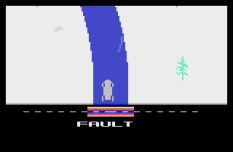 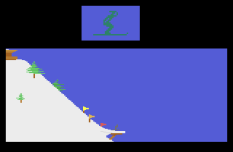 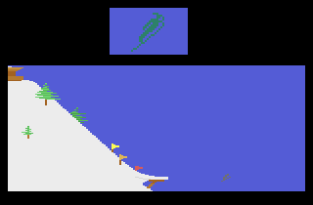 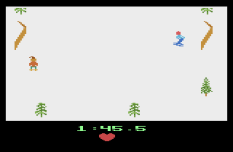 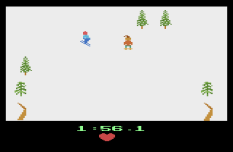 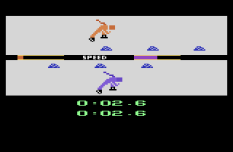 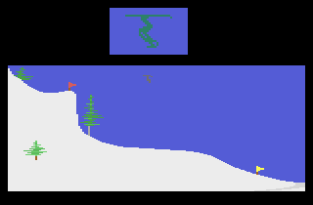 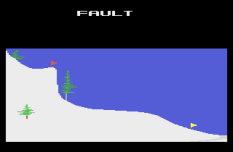 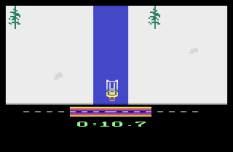 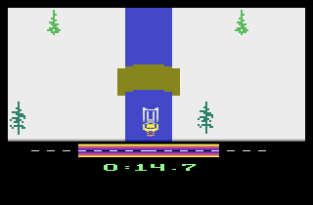