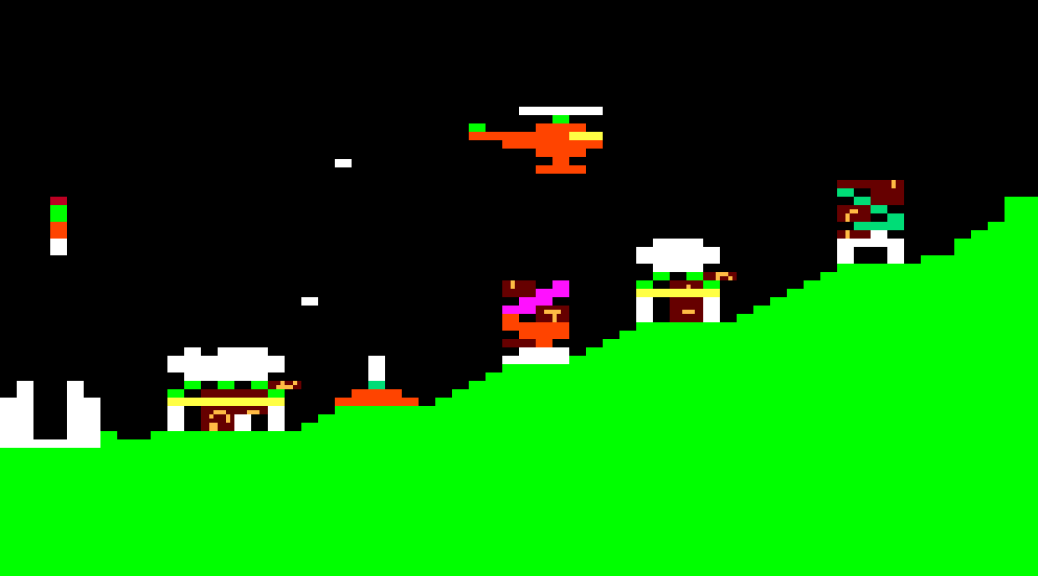 Copta Snatch is a side-scrolling shoot ’em up for the Dragon 32. It was written by David K. Pridmore and published by Blaby Computer Games of Leicester in 1984.

In essence, Copta Snatch is a cross between Super Cobra and Choplifter, but isn’t quite as good as either of those games.

The aim is to fly in and to steal the enemy’s secret plans, wreaking as much havoc as possible. Fuel is limited but you can top up by landing on refuelling pads which are found dotted along the route.

Copta Snatcha uses the uncommon expanded graphics mode on the Dragon 32, which allows more colour on-screen but results in very chunky pixels. And, while the graphics in Copta Snatch are better than what you might find on an Atari 2600, they are a way off what you’d see on a Commodore 64, so are nothing to be impressed by.

Copta Snatch is playable but unremarkable – like a lot of Dragon 32 games. 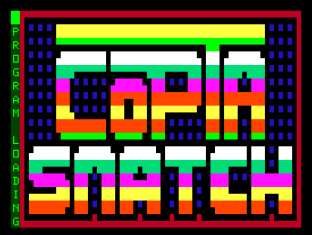 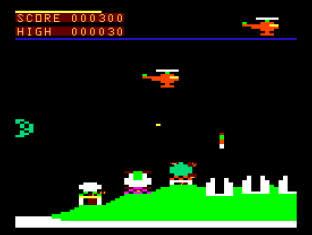 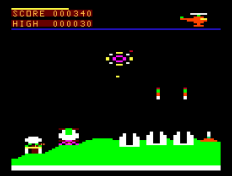 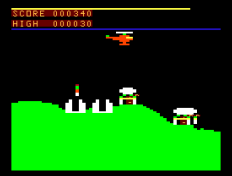 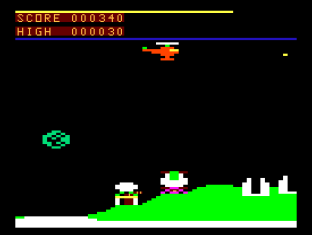 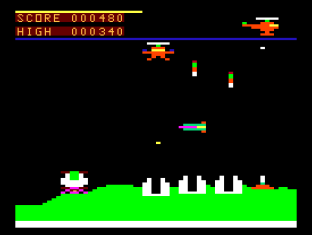 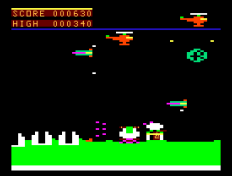 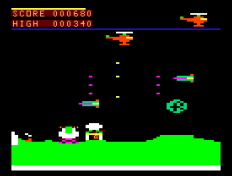 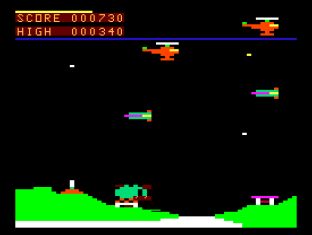 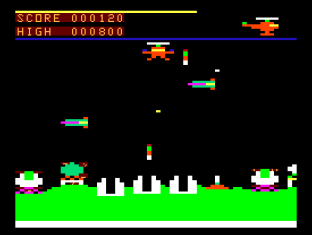 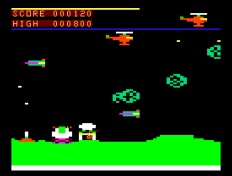 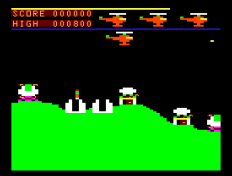 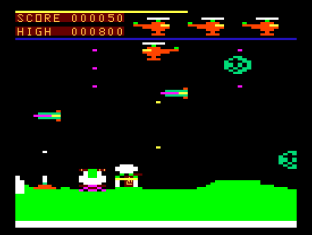 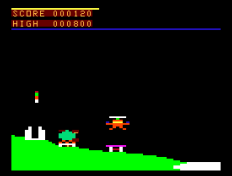 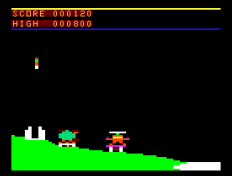 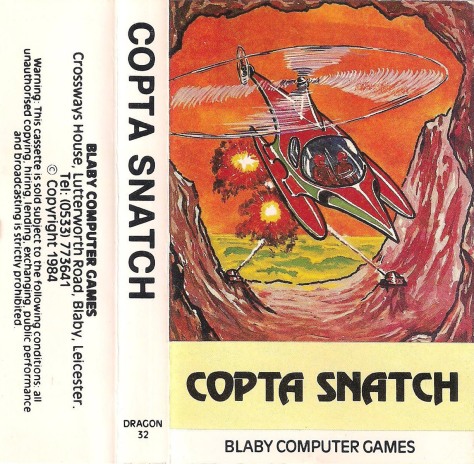