Arch Rivals is a classic basketball video game, developed and manufactured by Midway in 1989. It’s a two-on-two basketball game, and one that encourages players to hit each other to steal the ball.

The game was billed by Midway as “A basket brawl”, and Arch Rivals does allow you to punch an opposing player and steal the ball away without penalty. The referee actually only calls clock shot violations, so pretty much anything goes.

There are on-court hazards, such as soda cans, popcorn cartons, and candy wrappers, and these will make you slip if you run over them. You can also fall over the referee if he gets in the way…

Players can steal the ball with a “flying leap” interception, which (if done correctly) shows you pulling your opponent’s shorts down. You have to run towards a ball-carrying opponent in the right way, then hit punch at the right time, to execute this special move. If you miss it your player will roll on the ground instead, but if you get it you will tackle your rival and steal the ball.

In total there are eight playable characters to choose from, each with their own individual strengths and weaknesses, and you can pick who to play at the start of a game.

One thing to note is that the referee will call a “Video Time Out” when the allotted play time has elapsed, and you have to put more coins into the machine to continue playing. Which – considering that there doesn’t appear to be an on-screen timer indicating this ‘play time’ – seems a little unfair, but at least Arch Rivals gives a realistic depiction of basketball with four four-minute quarters and sudden death overtime if necessary.

The graphics in Arch Rivals are crisp and beautifully drawn and animated. The digitised sound is very atmospheric. The game is full of humorous touches and is still a joy to play now. It’s another great two-player arcade party game (but still plays good in single-player too).

Arch Rivals was arguably the best basketball game of its day and it has weathered the rigours of time remarkably well. It’s definitely worth a look if you like basketball games. 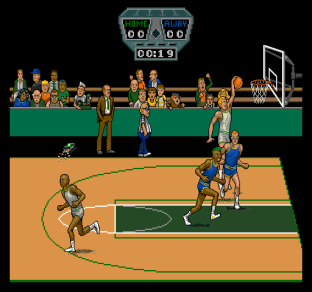 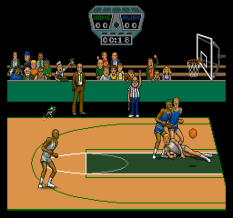 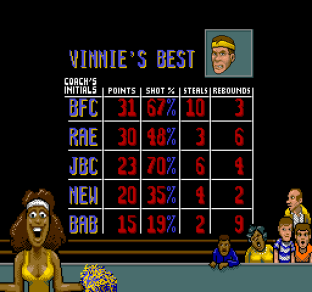 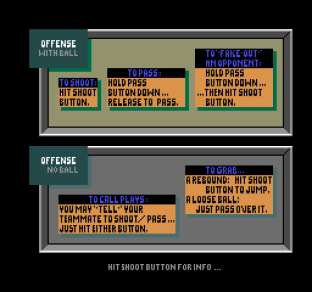 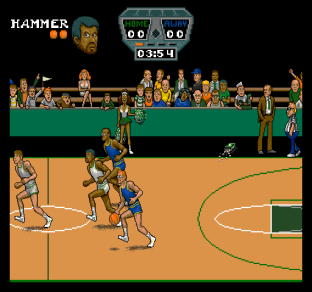 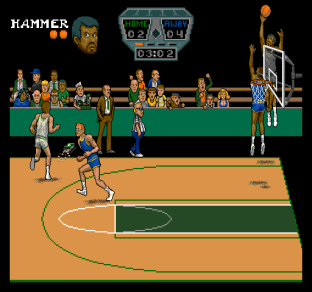 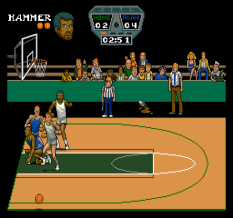 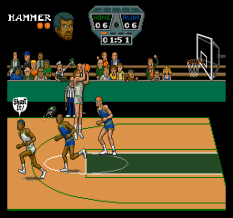 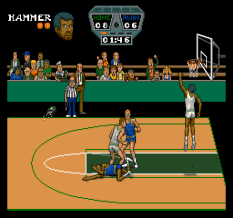 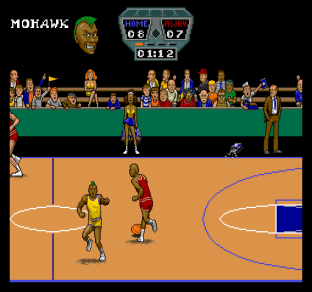 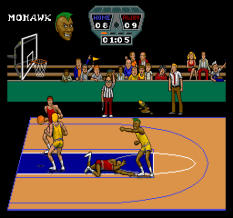 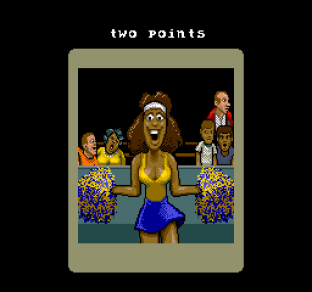 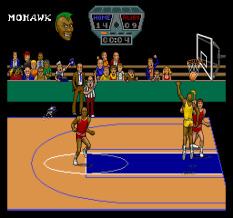 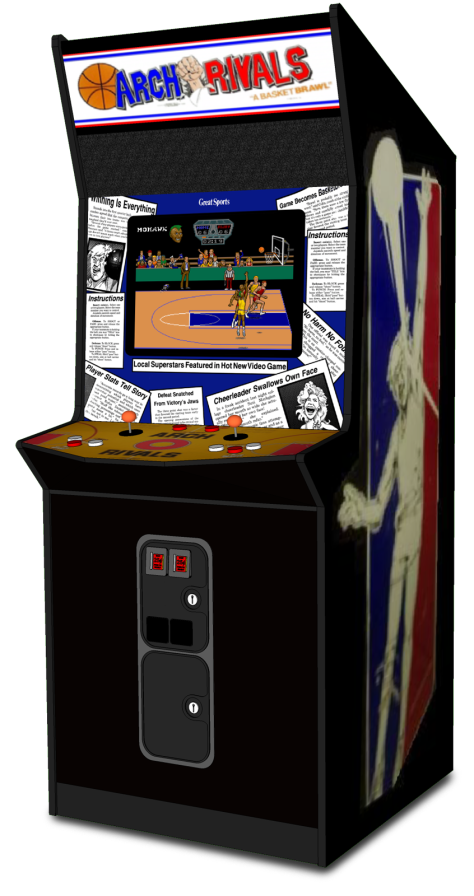 One thought on “Arch Rivals, Arcade”