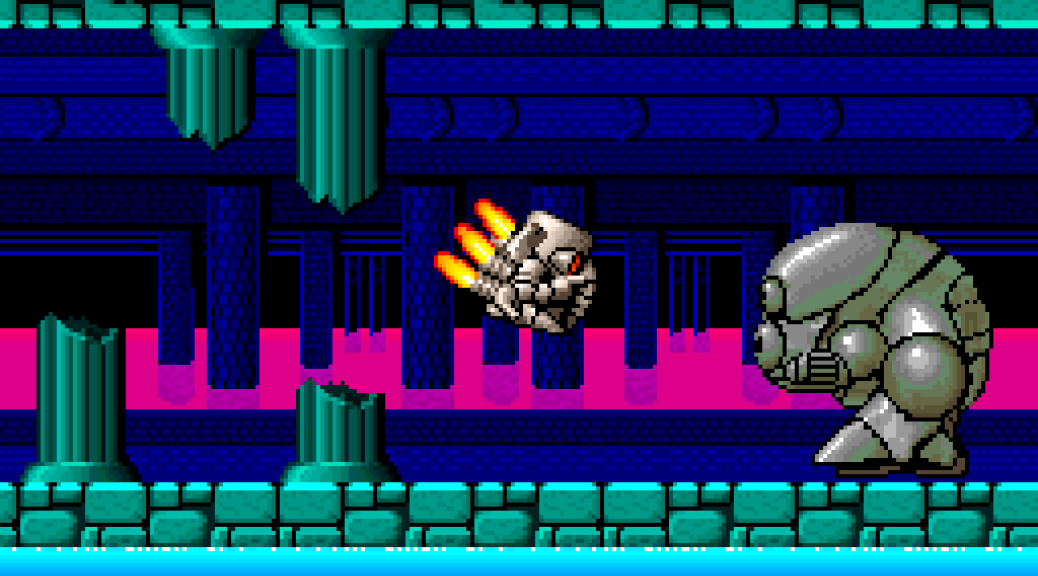 Atomic Robo-Kid is a horizontally-scrolling, progressive weapons shooter, designed by Tsutomu Fujisawa and manufactured by UPL in 1988.

It’s not a very well-known arcade game, but does have its fans. It also managed to get converted to a number of home systems too (including for the Sega Megadrive, but it never appeared on the SNES).

Atomic Robo-Kid is a very simple game. Maybe too simple to be honest. All you’re doing is moving from left to right, blasting things, while avoiding collisions. Every now and then you’ll get a mini-boss, or a new kind of hostile, or a new weapon, but the basic gameplay is linear and repetitive.

Some sections seem too easy, and others: ridiculously difficult.

The game does have some nice touches, like the vertical scrolling (to at least allow for some variety of the height of the levels), but overall the level designs are not particularly interesting. The second level is just a straight horizontal tube, and it doesn’t last long. In fact: all the levels are very short.

What is interesting is that – when you reach the end of a level – you are sometimes presented with two hatches, giving you a choice of which direction to go next.

Atomic Robo-Kid is pretty challenging overall. Avoiding bullets is probably the hardest part of the game. Some mini bosses fire fast rounds at you from close range, and these are very hard to dodge. You have to turn around and back off, but since enemies re-spawn in an area when you go back to it you can find yourself being attacked from both sides. This is a fundamental of the gameplay of Atomic Robo-Kid that, I think, rescues it from oblivion. 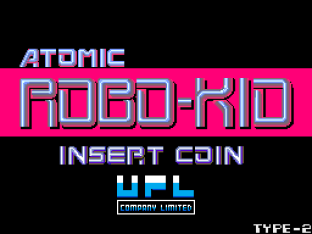 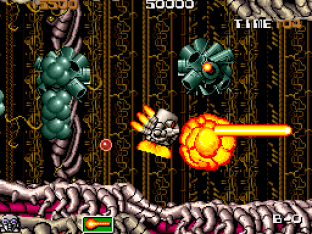 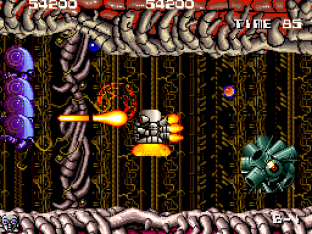 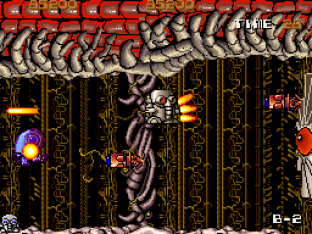 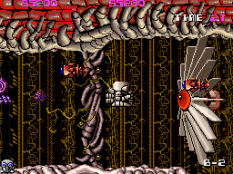 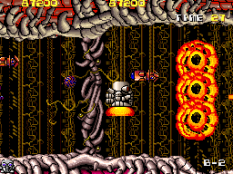 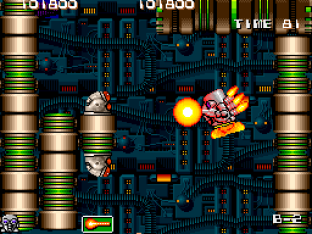 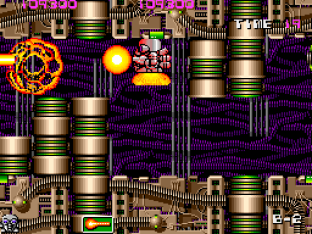 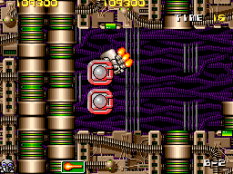 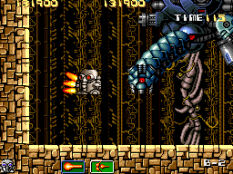 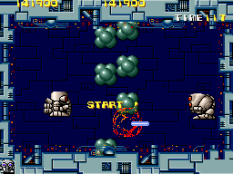 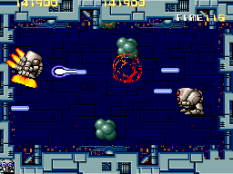 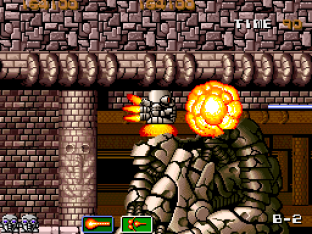 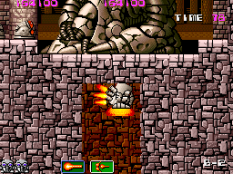 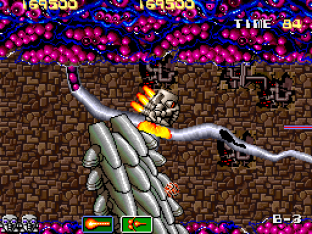