Firelord wasn’t as big a success (at least critically) as Crow‘s previous two games (Wizard’s Lair and Starquake), but it sure as hell looked great. Steve Crow‘s graphics skills working wonders with the characters and background graphics of this medieval adventure.

The basic aim of the game is to find four ‘charms of eternal youth’, and trade them with the Evil Queen in exchange for the Firestone, which will lift the curse that has flooded the land of Torot with apparitions.

You play Sir Galaheart, a crusading knight who can cast spells at the apparitions to temporarily destroy them, but they eventually repsawn. Galaheart can buy or trade spells at shops, and can also attempt to steal them. Be warned, though, getting caught stealing can lead to execution…

When the game ends the player is given a medieval ranking, from the lowest, Serf, to the highest, Firelord. Note: the rank Firelord can only be achieved by completing the game’s ‘secret’ objective – by stealing the Firestone from the Evil Queen, not trading for it. 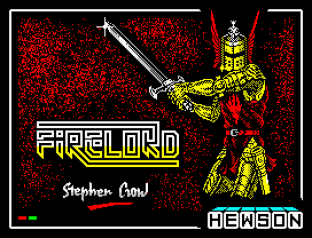 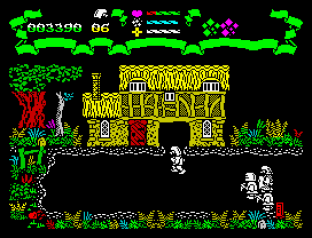 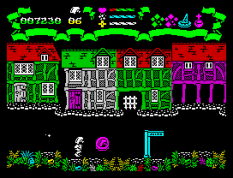 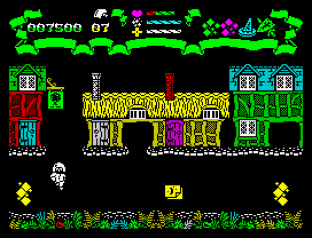 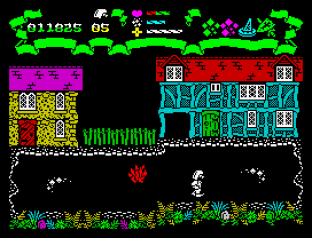 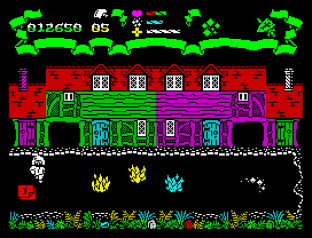 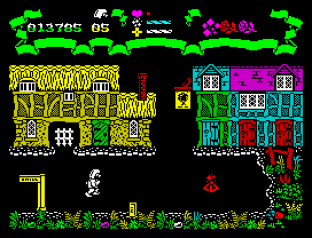 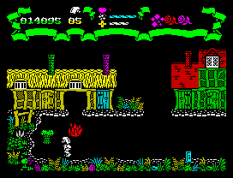 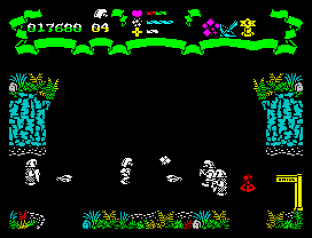 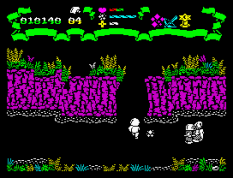 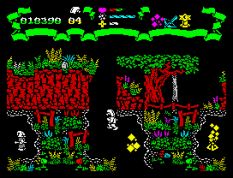 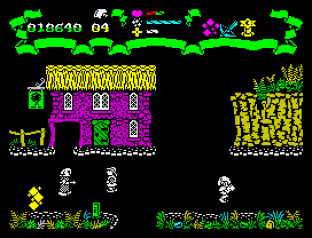 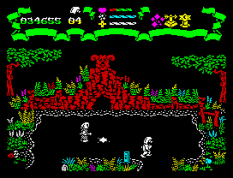 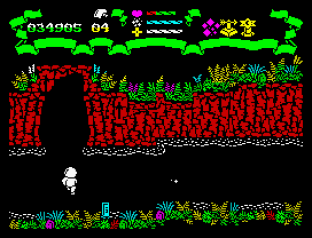 One thought on “Firelord, ZX Spectrum”