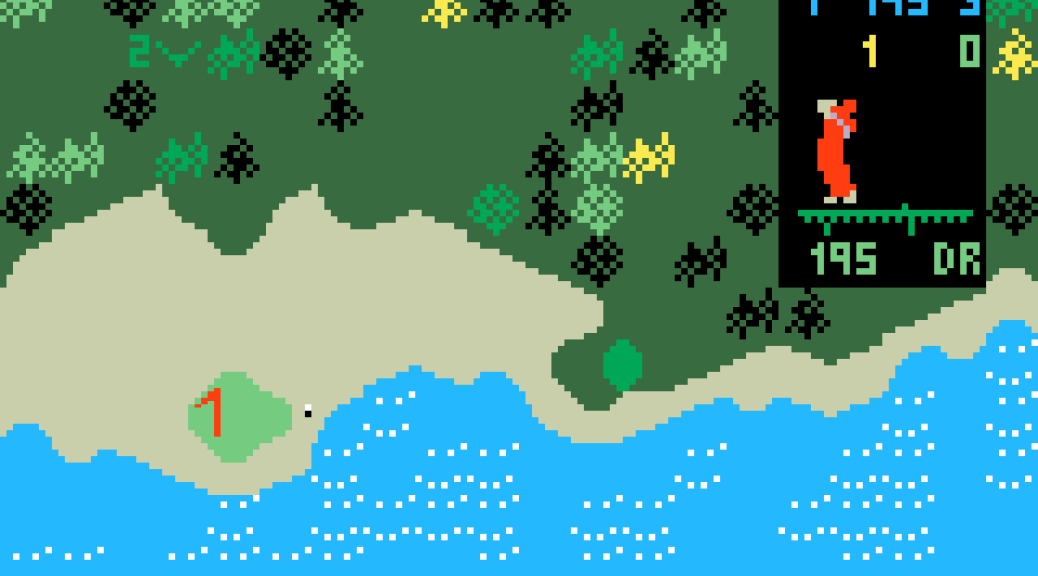 Although it’s not quite Leaderboard, Chip Shot Super Pro Golf is a decent enough golf game on the Intellivision console. Arguably even the best.

Graphically it’s quite nice, with the golfer represented as a sprite in a black box and the various courses shown from an overhead view.

Making shots is easy enough; you rotate a direction cross; choose your club, then make a double press on the fire button to decide shot strength and amount of ball slice/hook. That said: there does seem to be an element of luck involved as wild shots are the norm when first playing. Eventually (if you practise enough) you’ll get the hang of it and start getting the ball onto the green.

On the putting green the view switches to a closer overhead view of the hole; markings on the ground indicate whether there are any slopes on the green. Sand bunkers and water traps must obviously be avoided.

Chip Shot Super Pro Golf can be played solo, or with one other human opponent, and there are plenty of courses available to play, and even a built-in course designer. It’s very simple stuff, though, so don’t expect too much and you won’t be disappointed.