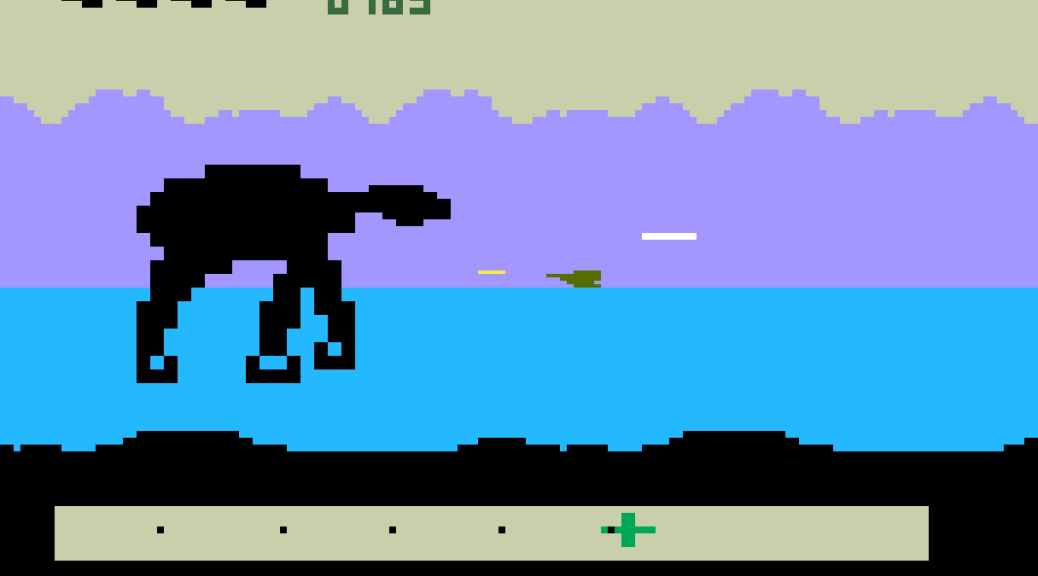 The Empire Strikes Back, by Parker Brothers, was the first ever licensed Star Wars video game. It was initially released in 1982 on the Atari 2600, then followed in 1983 on the Intellivision.

The basic aim of the game is to destroy the attacking All-Terrain Walkers from the cockpit of a Rebel snowspeeder, and to ultimately stop them from destroying the Rebel base power generator – just like in the famous battle sequence in the movie.

Unfortunately the game is nowhere near as exciting as the film, and blasting weak spots on the Walkers does become very repetitive after a while. That said: if you’re playing the game properly, stopping the Walkers can become a tense and engaging challenge if you really want it to be. That is: until you discover that the Empire can’t be beaten…

Star Wars: The Empire Strikes Back is known for being the first Star Wars game, but it doesn’t have particularly great gameplay, so has been somewhat forgotten. I can imagine most young Star Wars fans being disappointed by this, if they played it. Go on: play the game and disappoint yourself! 🙂

Note: if there’s one good thing that this game did do, it is: influence Jeff Minter to make a series of funny clones (and arguably Jeff did a better job than Parker Brothers with his Mutant Camels series).

More: The Empire Strikes Back on Wikipedia 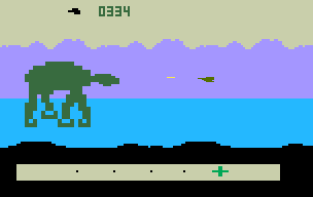 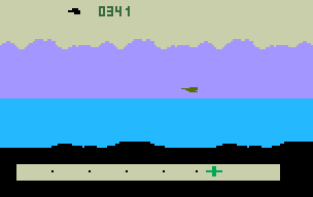 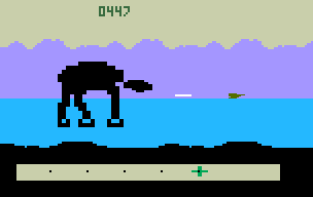