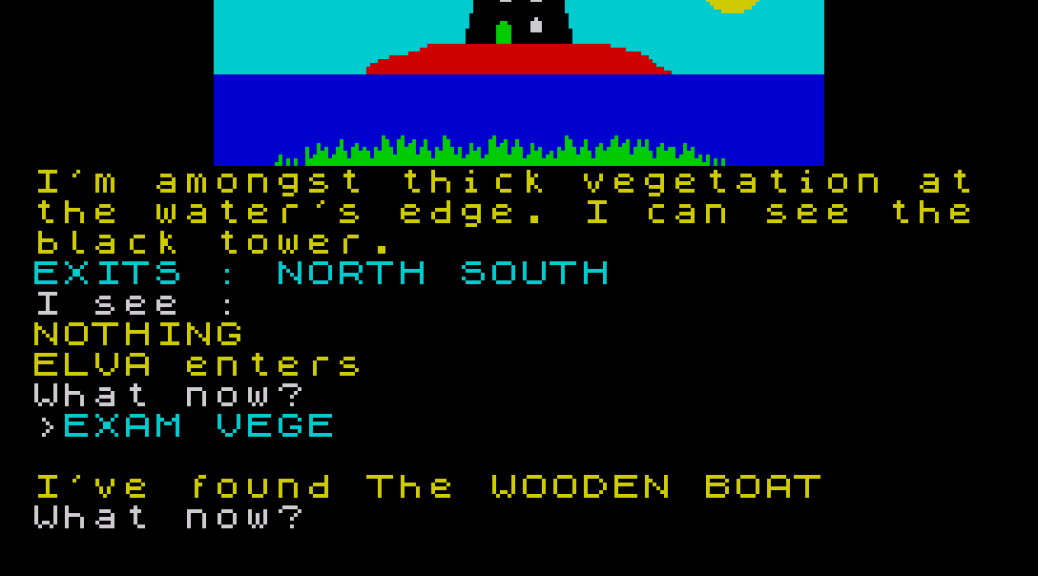 Kentilla is a text adventure – with graphics – released on the ZX Spectrum by Micromega in 1984. It was written by the prolific (back then) Derek Brewster.

The game was a critical success and remains one of the best examples of the genre to this day, predominantly because Kentilla has an excellent text parser (the interface that deals with typed commands) which makes playing the game easier and more enjoyable than trying to fumble for commands that work. For example: GET (or TAKE) ALL will allow you to pick up everything that is in view. Hidden items can be revealed by use of the EXAMINE command. And the parser is also quite forgiving, allowing truncated words to be used to save time (eg. EXAM TALIS will examine the talisman), and the parser also allows alternative words to be used.

When he wrote Kentilla Brewster clearly wanted to make it as user-friendly as possible (uncommon with this type of game), and he succeeded overall.

Graphically Kentilla is basic at best, but the coloured text display is excellent, as is the way the screen is divided up (pictures and descriptions at the top; scrolling, typed history in the middle, and input at the bottom).

Gameplay-wise Kentilla is a cut above your average text adventure. It features non-player companions who will do things for you (if asked correctly), as well as the usual adventuring and obscure puzzles. It even has combat, of sorts! 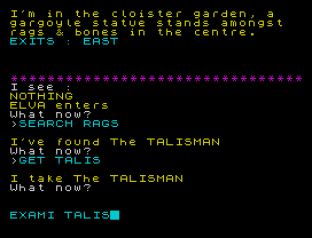 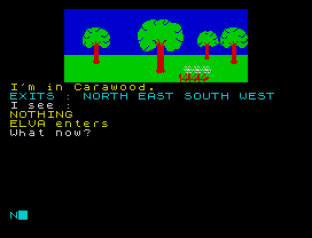 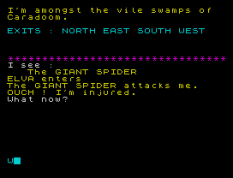 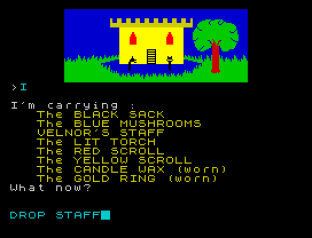 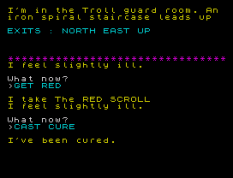 One thought on “Kentilla, ZX Spectrum”