What makes it so good are two things: firstly, the text entry parser is flexible and forgiving, and secondly: there are interesting combat elements in it, that make it feel a bit like an RPG. A text RPG. If you come across a monster and it attacks you, you can fight it, or run away. If you do run away the monsters can follow you through locations, although you can eventually lose them. You can even avoid combat with certain creatures by spotting them first and dealing with them before they attack you.

The puzzles in Velnor’s Lair are as obscure as every other text adventure ever made, and you must find your way through the game with experimentation (or a walkthrough). Velnor’s Lair is well worth a play through though. It is both challenging and fun in equal measure and is a good example of Brewster‘s early talent as a game designer.

Velnor’s Lair was initially published by Brewster‘s own company, Neptune Computing, in 1983, but was later re-released by Quicksilva. 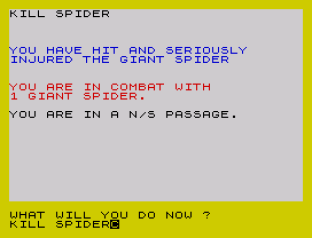 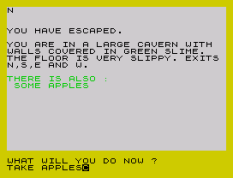 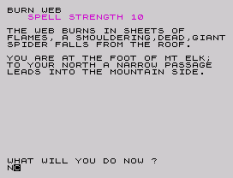 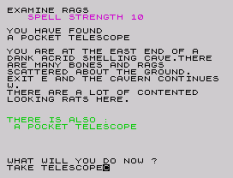 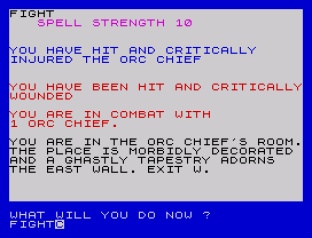