Gibbons – if you didn’t know – drew Watchmen, as well as Rogue Trooper and countless other stories for 2000AD and other comic outlets during the ’70s and ’80s.

In this Gibbons lends his artistic talents to the entire game – from the intro and cut-scene graphics, to backgrounds, sprites, and everything else.

In some respects it is a pity that Beneath A Steel Sky was made back in the days of VGA, where the resolutions were not that high. Meaning: that Gibbons‘ artwork is kinda pixelly and relatively low-res, which makes the whole look of the game somewhat murky. That said: it does add to the atmosphere, and Beneath A Steel Sky is certainly atmospheric.

What is great about Beneath A Steel Sky now is that it is a free giveaway at GOG.com, and has been for as long as I can remember. So if you do fancy giving it a try, it’s easy enough to get hold of. 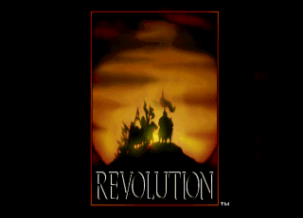 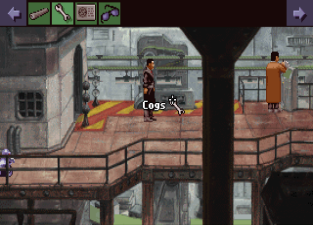 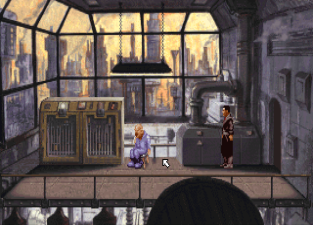 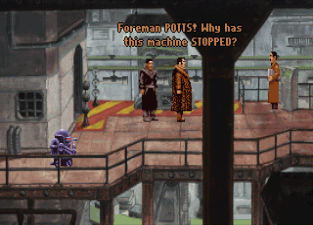 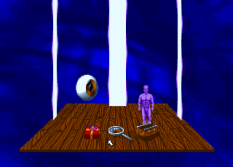 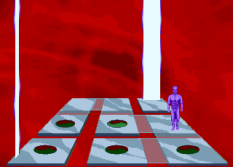