Repton for the BBC Micro is a classic digging/puzzle/maze game written by Tim Tyler and published by Superior Software in 1985. The game is usually described as a Boulder Dash derivative, and while it’s true that its author was influenced by Chris Gray and Peter Liepa‘s classic game, he hadn’t played it before he wrote Repton – he’d reportedly only read a review about the game in a magazine. Repton is sufficiently different to Boulder Dash to stand on its proverbial own two feet, but the similarities are obvious and drawing comparisons is unavoidable.

The aim of Repton is to explore a series of large scrolling levels, digging through dirt and collecting diamonds before the timer runs out. Running out of time, or digging through the dirt and dislodging a boulder so that it falls on your head, will you lose a life.

The main differences between Repton and Bounder Dash are: 1. diamonds are not held up by dirt, and don’t fall with gravity when there’s nothing underneath them, 2. boulders and eggs will drop due to gravity if there’s nothing holding them up, 3. eggs will crack and release chasing monsters if they drop (so try not to drop them), 4. boulders fall instantaneously and cannot be outrun by digging underneath them (as they can be in Boulder Dash), 5. the levels in Repton are large and have different zones within them, 6. in Repton you can pause the game and return to the main menu at any time (by pressing Enter) and view a full-screen version of the entire level (by pressing ‘M’), which shows you where you’ve dug so far and which diamonds remain.

Usually the key to solving a level is in how you approach it. If you dig in a certain direction you can end up stuck; if you dig in the other direction then that might be the only way to solve the level. It’s annoying that there’s no on-screen timer while you’re playing, but you can see how long you have left if you return to the main menu. When time is about to run out the screen flashes white to warn you.

Like Boulder Dash: if you put a foot wrong the level can become unfinishable, in which case you have to press ‘R’ to re-start from scratch. Also: if you get stuck in a situation and cannot move, hitting the Escape key will auto-kill the Repton and re-start from your next life (if you have any left). There are twelve different levels in total, accessible via type-in passwords.

What is great about Repton is that the colours change on each level, which gives the game some vital visual variety. It also has jolly music (which sounds like a shortened version of “Black and White Rag” by Winifred Atwell, aka the theme from “Pot Black“), which can be toggled on or off from the main menu. 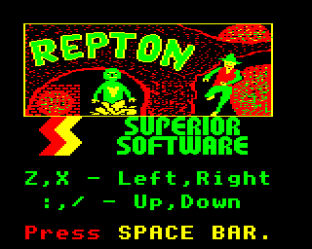 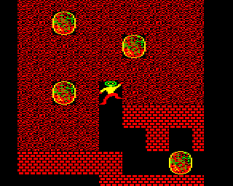 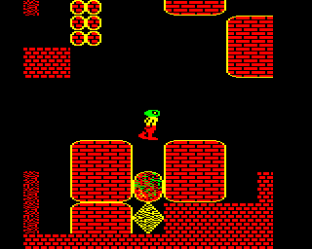 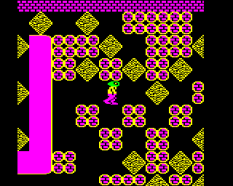 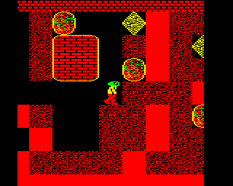 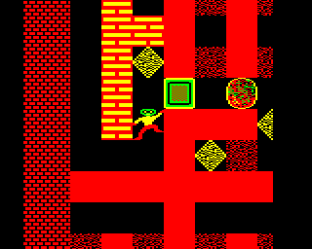 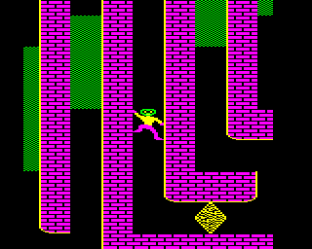 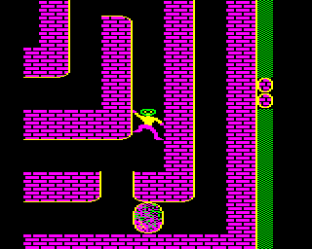 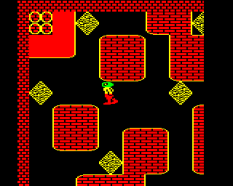 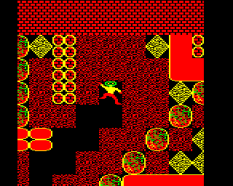 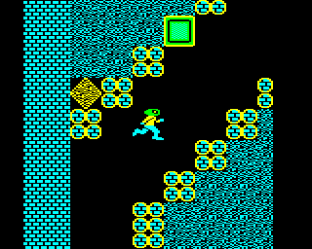 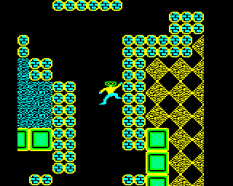 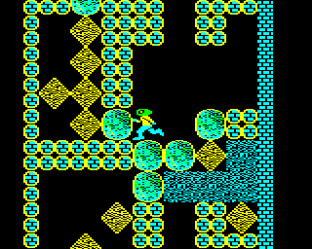 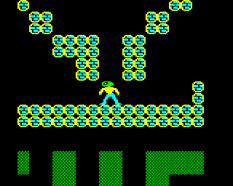