Snapper is Acornsoft‘s 1982 tribute to Pac-Man on the BBC Micro. It was written by Jonathan Griffiths and is considered to be one of the best unofficial Pac-Man clones ever made. On any 8-bit system.

Having played Snapper for a couple of hours recently I can confirm that the game is actually still very playable and robust, with solid, non-flickery graphics and a good attention to detail paid by the author throughout the game.

Gameplay-wise there are only two things I can pick up on to criticise. The first is that ghosts re-enter the maze too quickly after being eaten by Snapper, so you can run into them (and they can kill you) while a power pill is still active. Which seems a bit counter-intuitive to me. And the second is because there’s only one maze (a bit more variety wouldn’t have gone amiss).

Otherwise Snapper is a solid recreation of Namco‘s classic dot-muncher on the BBC Micro. 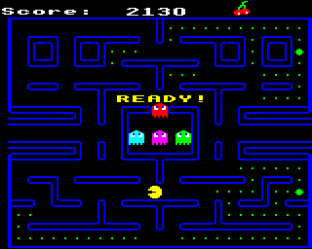 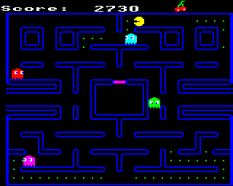 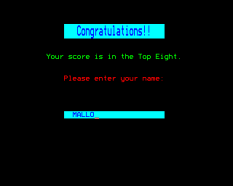 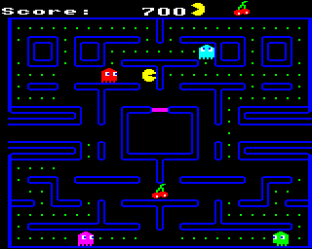 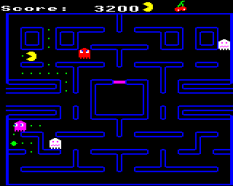 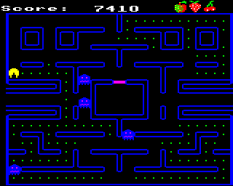 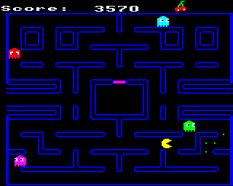