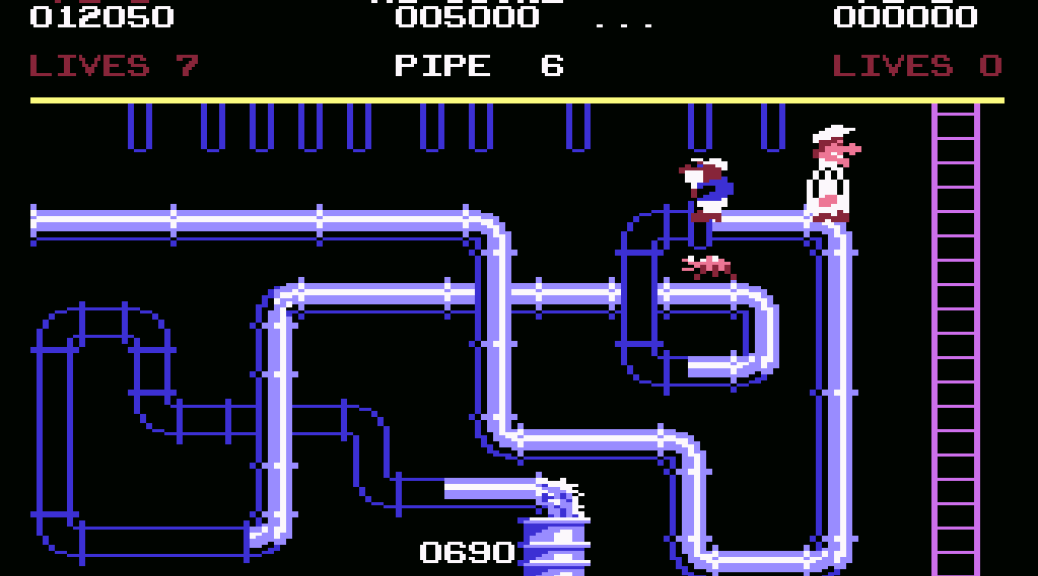 In the early 1980s a Bridlington-based company called Taskset made some stand-out Commodore 64 games and Super Pipeline is one of their best.

In fact, only the sequel – Super Pipeline II – is on a par with this entertaining game, at least as far as Taskset output is concerned.

Written by Andy Walker and released in 1983, Super Pipeline is a simple ‘pipe-mending’ game where you control a foreman patrolling a series of pipes, looking for and fixing leaks. The leaks are caused by intruders who climb up a ladder on the right hand side of the screen and knock wedges down from the ceiling into the pipes, blocking the flow of the water. It is your job to dissuade them from making holes in your pipes by shooting them with a pistol, and to keep the water flowing.

Super Pipeline has 16 different screen layouts and multiple skill settings. You can choose a start point and also save and load the high score table.

Super Pipeline is a classic C64 game, with expressive sprites, nice looking pipes, and lots of jolly tunes. The gameplay is challenging but fair, and fairly original, and – considering that Super Pipeline is 37 years old now – it’s still fun to dig out and play today. 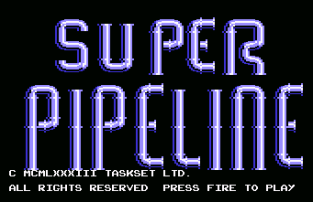 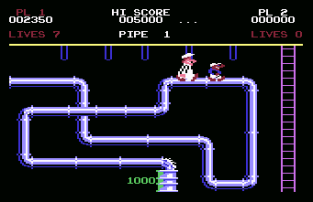 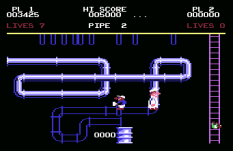 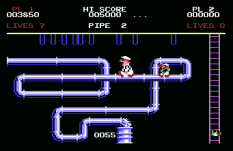 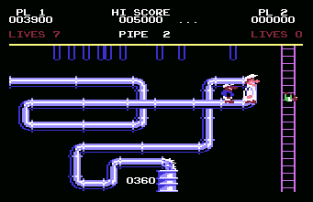 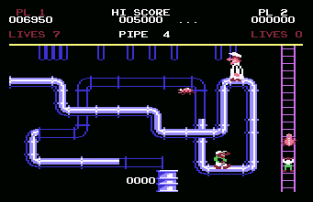 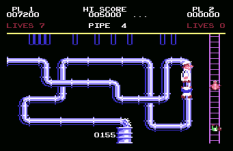 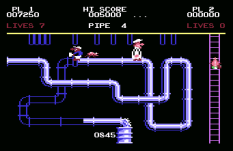 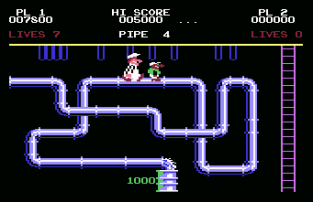 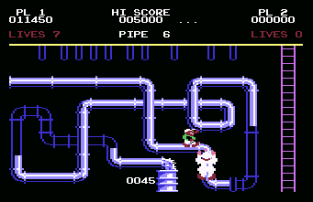 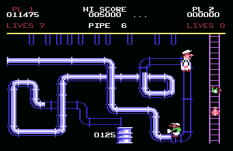 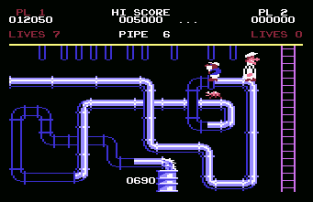 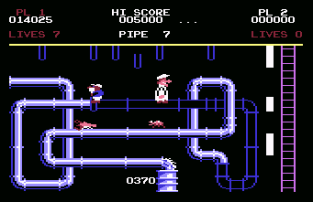 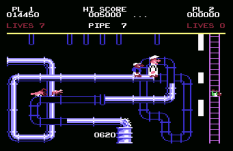 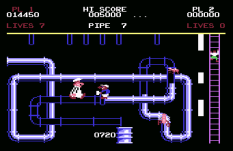 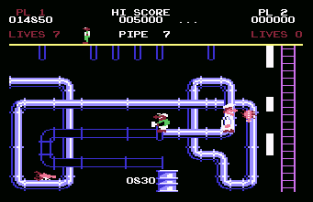 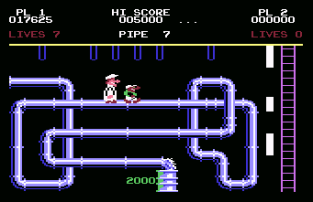 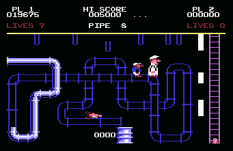 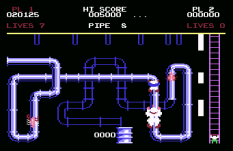 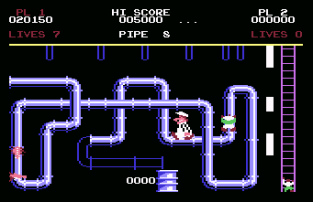 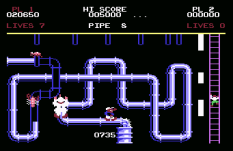 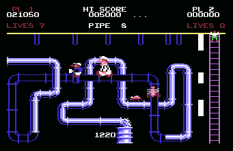 One thought on “Super Pipeline, Commodore 64”