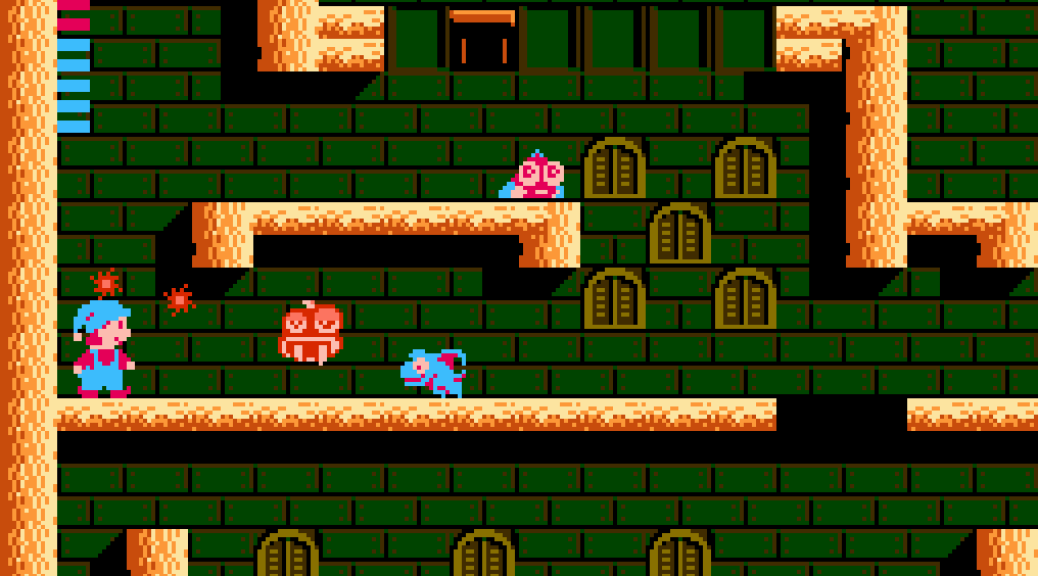 Hudson Soft‘s 1986 NES release, Milon’s Secret Castle, is a platform game with a focus on uncovering secrets. Either by shooting walls and platforms with bubbles, or by headbutting certain tiles.

When I first played this game I seemed to be going round and round in circles, not really getting anywhere – until I realised that the key to progressing was finding secret doors. Specifically: secret doors to shops, which then sell you items that unlock new abilities.

Milon’s Secret Castle is quite challenging because enemy sprites come at you from all angles – seemingly randomly – and you only have one life. You do have a ‘life bar’ though, which depletes when hit and can be filled-up by collecting hearts and other goodies.

Some doors only open with a key and finding the key can be quite a task. Usually it’s hidden in some kind of twisting maze, or only shows itself when something specific happens, like when a switch is pushed.

Money, which you need to buy items in shops, is gained by either collecting cash icons during levels, or by catching musical notes during the bonus stages.

In between levels there is a castle exterior scene where you can jump around and enter doors and windows to access shops, the next area, or even boss fights. And the first boss fight is very tricky so watch out for it!

As a platform game, Milon’s Secret Castle plays nicely. The feel of the controls is excellent and the main character (called Milon, if you hadn’t already guessed) jumps in an assured manner. He also speeds up if he runs in the same direction for a couple of seconds, making him jump farther.

While it can be frustrating searching for the next secret and struggling to find it, playing Milon’s Secret Castle is good fun for a while. If you get stuck you can always refer to YouTube, which is what I did. 🙂

Note: the version shown here is the 1987 North American release.

Note #2: an excellent sequel to this game was released for the Super Nintendo in 1996, called Do-Re-Mi Fantasy, although it doesn’t bear much resemblance to this game other than the main character is the same. 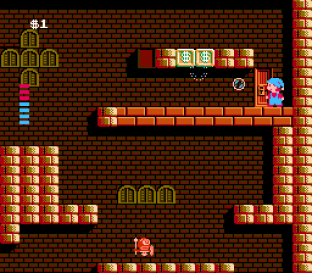 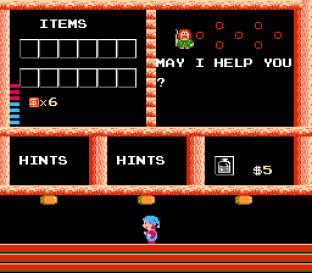 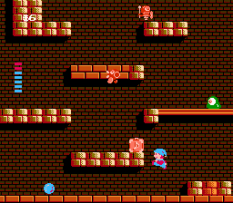 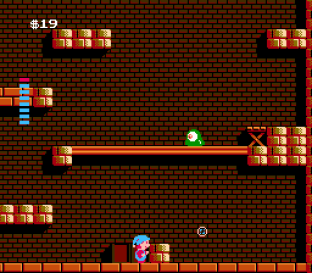 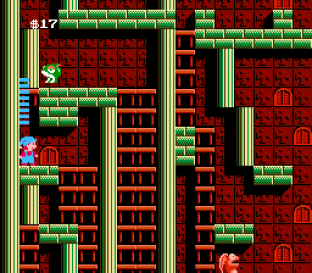 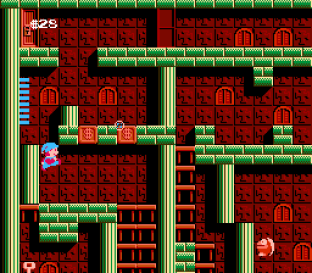