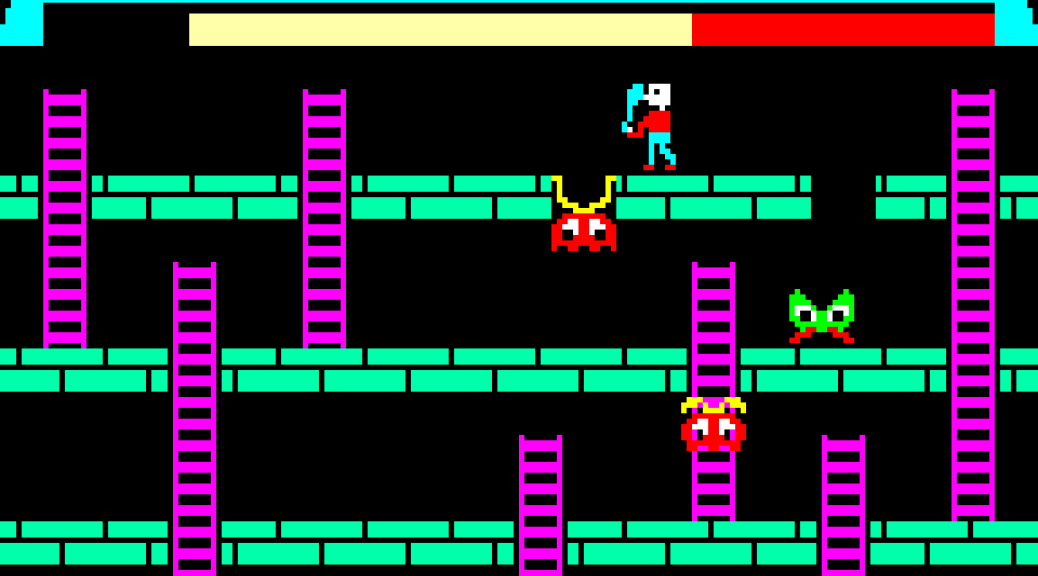 Universal‘s 1980 arcade platformer, Space Panic, may not look like much by today’s standards, but it is a hugely influential video game.

For starters: it pre-dates Donkey Kong by a year, which makes it one the very first (if not the first) platform games ever made. Certainly one of the very first to use the now familiar brick platforms and ladders style of graphics.

The aim of the game is simple: you avoid the monsters; dig holes for them to fall into, and batter them on the head with your spade when they fall into a hole. You’ve only got a limited time to get to one that has fallen into a hole, and if it climbs out it fills the hole as it exits – sometimes becoming more powerful.

You can score more points by dropping a monster through multiple holes, which means digging a series of them underneath each other. Which is easier said than done… The chasing monsters have pretty sketchy AI, but since there are five of them it is very easy to get caught out. On later screens different-coloured monsters appear and these require dropping through more than one hole.

There’s also a timer in the form of an oxygen counter. Take too long to squash the bug-eyed beasties and your man goes red-faced as he slowly asphyxiates…

Space Panic is reasonable fun to play now, and the ironic thing about the game is that there are probably better (con)versions out there, and almost all of them are unofficial clones. The 8-bit home computer market was awash with Space Panic clones in the early 80s – most were poor, but a few were arguably better than this arcade original. 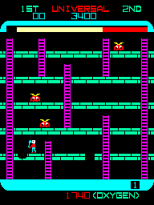 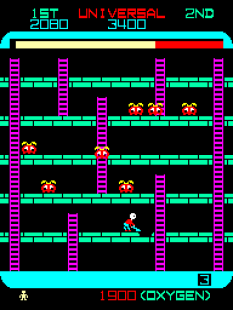 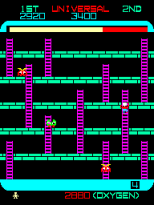 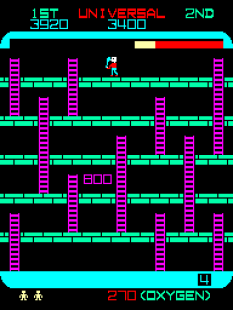 One thought on “Space Panic, Arcade”