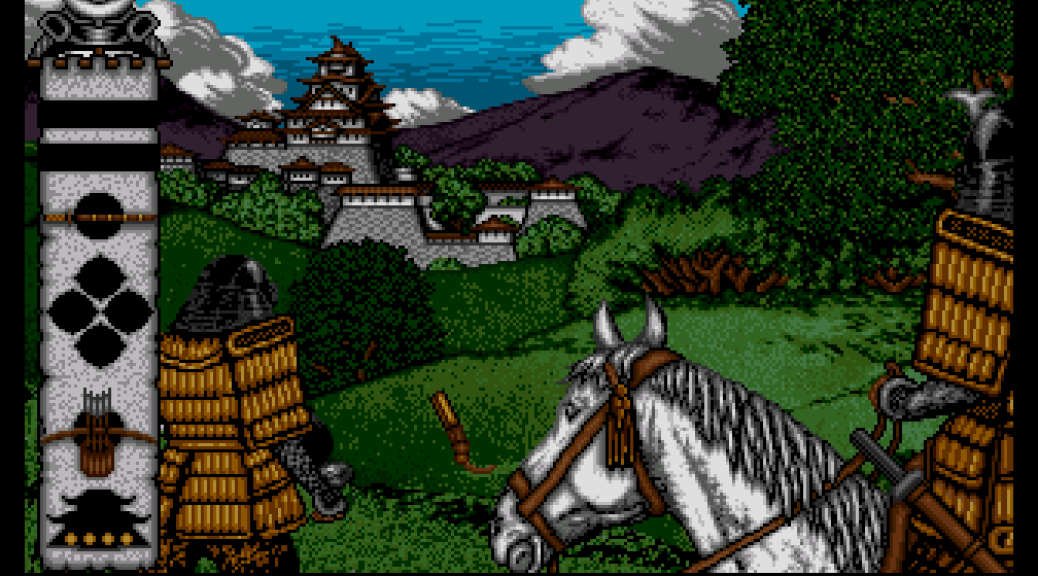 This 1989 release from Cinemaware is probably one of the least played Amiga games ever made.

It is based around historic (12th Century) Japanese warfare, with you playing one of two famous generals (Yoritomo or Yoshitsune) fighting to unify (pacify; subjugate) Japan under one rule.

Lords of the Rising Sun is an extremely difficult game to get into – at least initially – because the action sections are so unforgiving. Within minutes of starting a game you will almost certainly be faced with a Ninja Attack, which activates a first-person action sequence. In it you must deflect thrown shuriken with your sword for a short period of time. The problem is: doing that is nigh on impossible… I could deflect two, maybe three… but anything more always ended in my death. I tried over and over again to beat it, even using emulator quicksaves, but to no avail. Just what the game’s designers were thinking, including this scene in the game I do not know. It’s way too hard and completely ruins the game.

There is a way around this problem, though. By selecting the second of the two generals (Yoshitsune) you can play a purely strategic game. This means that the action sequences are decided in private by the computer and you’re not forced to play them yourself. It is a highly unsatisfactory solution though, because you’re not experiencing the game as it is meant to be played. Actually, Lords of the Rising Sun is a highly unsatisfactory game overall because I know that there’s a good game in there – I just can’t get to it!

More: Lords of the Rising Sun on Wikipedia 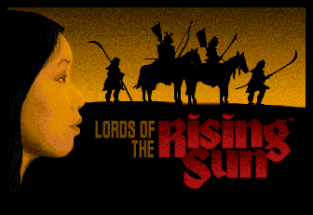 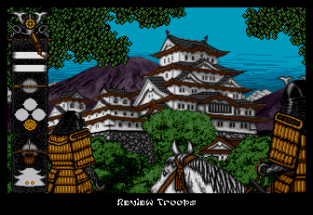 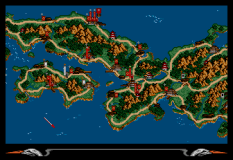 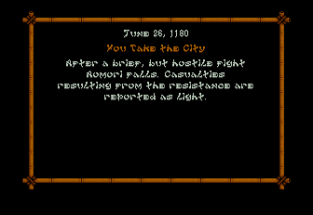 One thought on “Lords of the Rising Sun, Amiga”