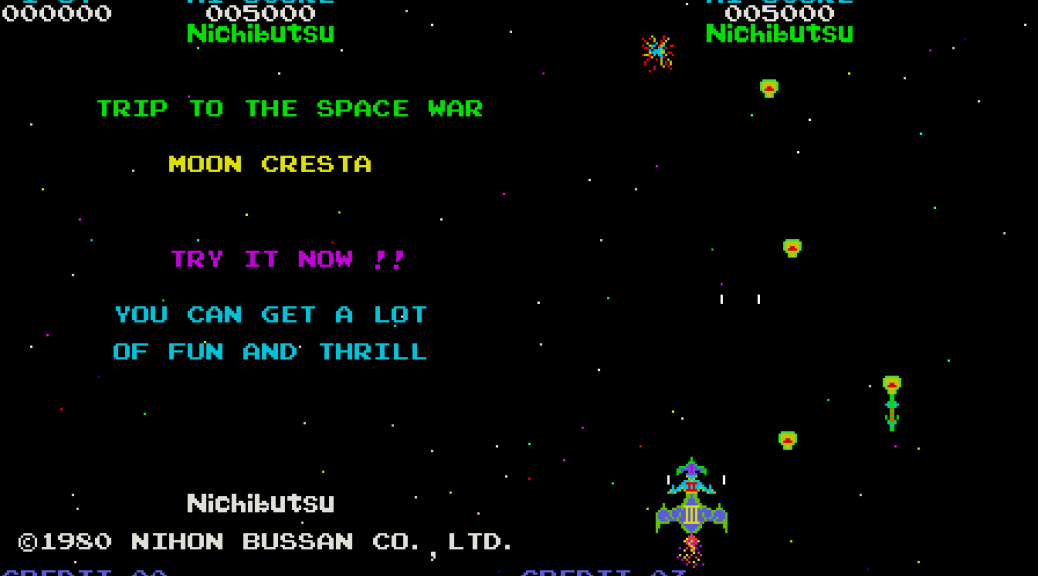 Moon Cresta was released by Nichibutsu in 1980 and was extremely popular in arcades.

It is another colourful, fixed-screen shooter, this time with a scrolling starfield to give the impression of movement.

Moon Cresta is novel because the game gives you a three-stage spacecraft to control. At the beginning you start off with just a single stage module – a single bullet-firing nose cone – and if you complete subsequent waves you can then attempt to dock with the second stage to give you more firepower. Moon Cresta doesn’t stop there, though. You can then dock a third time to create a three-stage super rocket.

In some respects Moon Cresta was a very early example of a progressive weapons shooter. Nemesis later took the idea further; R-Type even further, and so on.

Moon Cresta‘s alien wave movement was fairly standard, but the eyes that split in half when shot were new, and added to the big mix of ideas that were all being traded in this first wave of colourful arcade shooters. 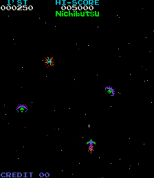 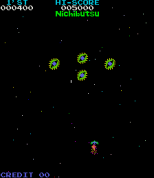 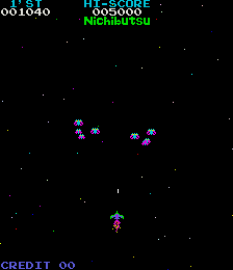 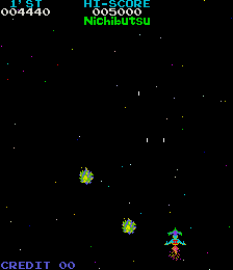 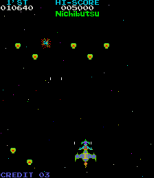 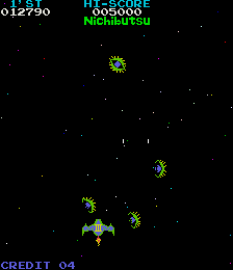