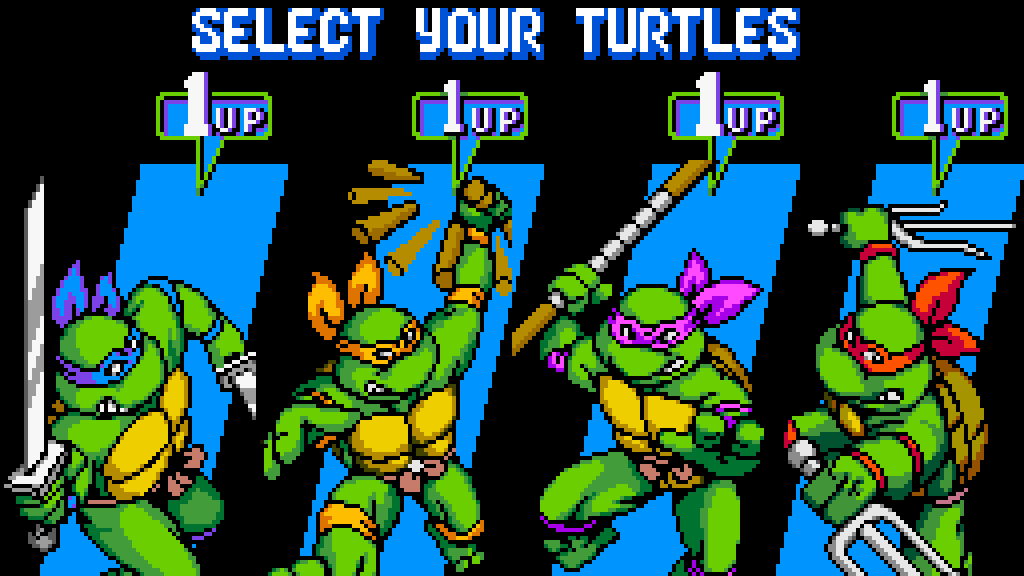 A fantastic 1992 conversion of the Turtles In Time arcade machine, courtesy of Konami. And a rollicking and colourful side-scrolling beat ’em up, for up to four players.

Teenage Mutant Ninja Turtles IV on the SNES features levels and game elements not seen in the arcade version. There are five new bosses and two new regular enemies. There’s also extensive use of “Mode 7” (the SNES‘s built-in hardware scrolling technique) in some of the levels, which is not in the arcade game. The SNES version also features a Time Trial mode, a Versus fight mode, and also a cool feature where you can throw enemies out of the screen.

If you want a good fun fighting game on the Super Nintendo, and don’t fancy anything too dark, then Teenage Mutant Ninja Turtles IV: Turtles In Time could be just what you’re looking for. And if you’ve got a multitap and three friends to play it with then that’s an excuse to crack the beers and pizzas too! 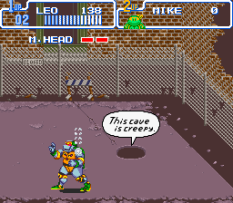 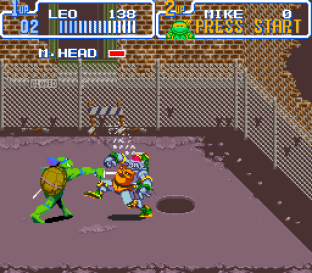 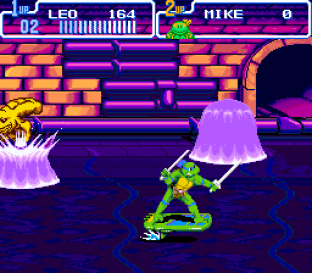 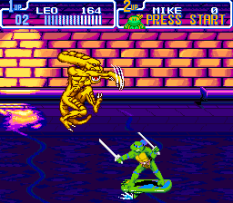 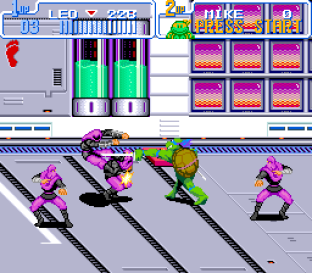 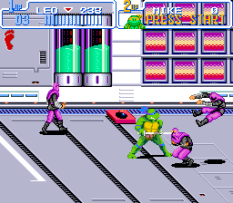 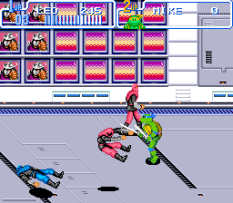 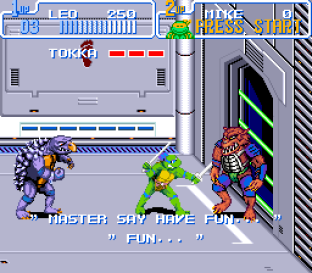